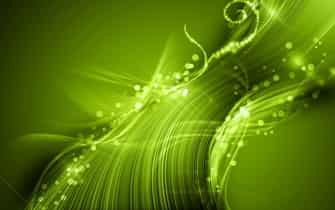 The strategy adopted before the commercial release of genetically modified organisms in the United States, and in many other countries, requires that risk assessment and risk management programs are done on a case-by-case basis.

There has been a continuous release of GM plants since 1986. Hundreds of GM varieties are cultivated today in millions of hectares in a number of countries. It has never been assumed that genes would not flow as they normally do – from GM to non-target populations, such as non-GM-cultivated species and wild relatives. Genes are certainly flowing from GM corn, cotton and canola, to the non-GM cultivated varieties of these species, and to the wild relatives in the case of canola and cotton.

Recently, Yang, et al, verified that GM genes flow from to rice wild relatives. But the researchers concluded that the rapid spread of insect-resistance transgenes in weedy population in commercial GE crop fields may be not likely to happen.

In Brazil, we’ve dealt with gene flow from wild rice to cultivated rice for decades. It is quite a problem to find areas that are red rice free, so that rice seed can be produced without being contaminated with red rice. The methodology exercised by the Yang group is too limited to make a long-term statement. It is often questioned whether small plots are sufficient to accurately predict how GM plants will behave in large-scale commercial fields. This of course is hardly possible; reliable methodologies are needed to work with large-scale monitoring of GM plants.

A comprehensive report produced by The National Academy of Science of the US in 2004 proposed to develop biological confinement methods to prevent gene flow, before the commercial release of certain GMOs. That could take 5-10 years to develop. This is of course not feasible and the proposal was lost without being adopted.

Large farm scale experiments previous to the commercial release of GM plants were practiced in some European countries and were inadequate as a model system, particularly for tropical, medium-sized, developing countries, because this methodology requires a large number of experimental sites to cover all agricultural areas. In addition, these experiments must be repeated many years in a row, due to the complexity of tropical ecology, which houses diverse ecosystems. Costs are unaffordable, and short-term experiments cannot be accepted to predict significant long-term detrimental effects by GM plants on non-target populations of weeds, and particularly on insects; because the pattern of insect population fluctuation in nature is very complex: they are under the influence of many parameters and can be understood only after long periods. Unless enough observation time is given, the central question of risk management related to gene flow from GM plants and the possible detrimental effect to non target populations will not be answered.

* The author is a member of the Brazilian Academy of  Sciences.