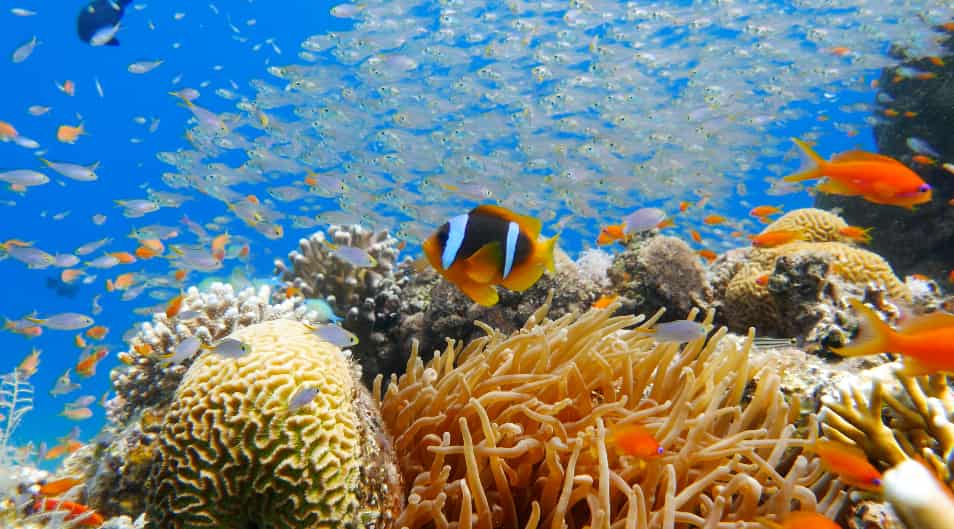 Although marine organisms are known as a source of bioactive compounds with pharmaceutical properties such as antibiotic, antiviral, analgesic, immunomodulatory, antitumor, anti-inflammatory, and antiallergenic, their potential still remains largely unexplored. Synthetic biology, in combination with a better ecological understanding, has the potential to discover and design useful compounds not only for pharma but also for cosmetics, cosmeceuticals, nutriceuticals and pesticides.

Since the origin of life, the marine environment has been the cradle of a vast diversity of molecules, genes, species and ecosystems. Two-thirds of our planet’s surface is covered by the sea, which provides numerous ecosystem services such as food, minerals, climate regulation, recreation, genetic and medical resources. In terms of biodiversity, among the 34 phyla of life on earth, 32 occur in the oceans, enabling a complex and vibrant – and in many ways still not fully understood – ecological system.

Given the richness of marine biodiversity, it’s striking that the exploration of marine natural resources for biotechnology started relatively late, and only a few end products have hit the market (Table 1). In the 1950s, spongothymidine and spongouridine were discovered from the marine sponge Tectitethya crypta, which eventually led to the development of semi-synthetic compounds Ara-C (leukaemia) and Ara-A (viral infections).

Table 1. Overview of approved marine drugs on the market.

It then took another 30 years for the next marine natural product, Prialt (ziconotide), from cone snail to be approved in 2004, followed by Yondelis (trabectedin) in 2007. The case of trabectedin shows very well the challenges for the marine product pipeline. Already in the 1950s an anti-tumor activity was found in the extracts of the sea squirt Ecteinascidia turbinata. Given that enormous amounts of these small animals would have been needed for clinical trials (about 5 tons to produce 5 grams), the natural production of the extract was a huge problem. Collecting all these sea squirts was not an option, so developer Pharmamar tried – unsuccessfully – to set up underwater farms for the animal. In the end a synthetic chemist managed to develop a (semi)-synthetic production method to produce the compound in larger quantities, and it made its way through clinical trials. Trabectedin has now been approved for use in more than 60 countries.

With the combined tools of genomics, systems and synthetic biology, together with a better understanding of the microbial ecologies, there are now hopes to better manage the production of these interesting compounds in-vivo, as well as speed up the time to the market. This can be seen in the case of the sponge Theonella swinhoei. Researchers found that extracts of this sponge contain an impressive number of unmatched and highly potent molecules. Further studies revealed that it was not the sponge itself but its vast microbiome, in particular a newly described bacteria named Entotheonella sp., that is responsible for a large and distinct metabolic repertoire, including the distinctive so-called proteusins (polytheonamides), cyclotheonamides, or onnamides. Since neither Theonella nor Entotheonella can be cultivated, researchers from Tel Aviv University are taking samples (see image below) trying to identify the metabolic pathways in order to engineer them into industrial microbial strains. 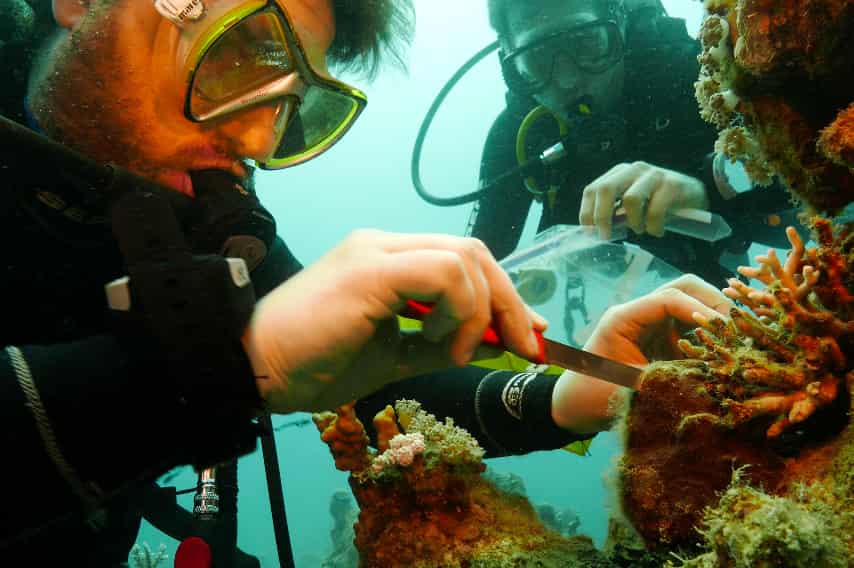 A recent European Commission study on marine knowledge, “the marine biotechnology sector in Europe is still in its infancy, characterised by small companies principally focused on R&D,” which means improvements in detecting and harvesting marine natural products are already reflected in expectations of the global market. While in 2011 the global market for marine-derived drugs was $4.8 billion, it is forecasted to reach $8.6 billion in 2016 at a compound annual growth rate of 12.5% for the five-year period of 2011 to 2016. With the recent implementation of the UN Nagoya Protocol on access and benefit sharing, some of the revenues might be shared with countries harbouring biodiverse coral reefs, which might give these countries a monetary incentive to safeguard their marine ecosystems.

But it is not only the expected financial benefit that drives the marine biotech innovation process. The global challenge of ever increasing antibiotic resistance in pathogens, for example, led the World Health Organization and several governments to call for targeted R&D efforts. Since entire classes of antibiotics (and powerful molecular machineries to produce them) could be found in just a few marine samples there are now serious efforts underway to identify, transfer and re-engineer interesting genetic circuits to other microbial production platforms.