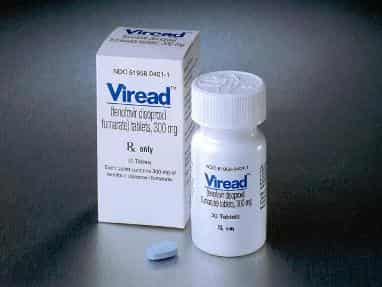 Few in the healthcare industry have not heard about Gilead Sciences’ success against HIV/AIDS and hepatitis B. Viread and Hepsera, the two flagship drugs for treating these conditions, were first conceived by Czech scientists in the Prague-based Institute of Organic Chemistry and Biochemistry, led by professor Antonin Holy. They discovered tenofovir disoproxil fumarate, the active ingredient in Viread, which is used to treat HIV/AIDS. Likewise, the hepatitis B drug Hepsera produced by Gilead Sciences is based on a compound discovered in Prof. Holy’s laboratory in Prague. As a result of previous cooperation between the institute and Gilead, Holy signed a contract with Gilead, offering his discoveries in basic research. Gilead took his work and further developed it.

This has proved immensely profitable for Gilead Sciences. In 2010 the company boasted total revenues of $8 billion, with Viread and Hepsera revenues alone totally about $800 million. The Institute of Organic Chemistry and Biochemistry in Prague has benefited from their prolific discoveries through generous royalties from Gilead. Having invested the royalties into technology and laboratory equipment, the Institute improved its position as a world-class scientific institution. In 2006, a new joint research centre with Gilead Sciences was established in Prague demonstrating further the benefits of scientific cooperation.

Another outstanding example of successful international cooperation can be found in Brno, the second largest city in the Czech Republic. The U.S. based Mayo Clinic and the St. Anne’s University Hospital in Brno have worked together for years. Recently they launched a project to establish a world-class diagnostic and research institute in Brno: the International Clinical Research Center (ICRC).

Thanks to Czech government’s policy of supporting innovation in healthcare technologies – for instance, a government decree in 2005 set molecular genetics and biotechnologies as priority areas for long-term research – these partners were able to secure a €100 million grant through European structural funds. The ICRC partnership focuses on cardiovascular and neurovascular diseases, life style diseases, internal medicine, neurology and oncology.

The multipurpose centre will offer advanced clinical research facilities, a cardiovascular clinical centre, international educational centre and a technology cluster. The ICRC will open new opportunities for international collaboration and contract research. The ICRC should be fully operational by the end of 2012.