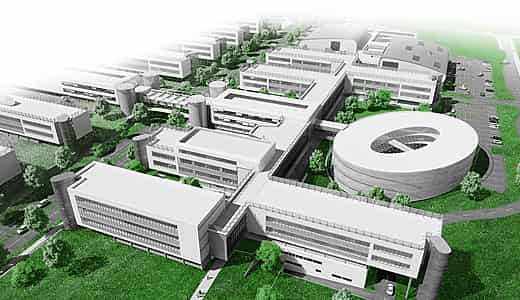 The Central European Institute of Technology (CEITEC) is establishing an R&D infrastructure project that eventually will cost $300 million in Brno within the next three years. The money for the European centre of scientific excellence comes from the Operational Programme Research and Development for innovation of the European Structural funds. The institute, which will interconnect life sciences and technical fields, will be used by up to 600 scientists and by over 1,200 students, and also by Czech and foreign companies. It will also help the existing basic and applied research in the entire Czech Republic to achieve top levels.

This multi-field CEITEC is the first scientific centre in the Czech Republic to integrate research and development in the fields of life sciences, advanced materials and technologies on such a large scale. The research is divided into seven programmes: nanotechnology and microtechnology, advanced materials, structural biology, genomics and proteomics of plant systems, molecular medicine, brain and mind research and molecular veterinary medicine.

The following entities are participating in setting up this centre: Masaryk University, Brno University of Technology, Mendel University in Brno, University of Veterinary and Pharmaceutical Sciences in Brno, Institute of Physics of Materials of the Academy of Sciences of the Czech Republic and Veterinary Research Institute.

The Rector of Masaryk University, Petr Fiala, says that “CEITEC is being built around successful research teams from the participating institutes,” and is “creating unique conditions for their further development and bringing a significant increase in their research possibilities.”

The new R&D infrastructure will be 25,000 m2 and located on the University Campus of Masaryk University in Brno-Bohunice and in the Brno University of Technology Campus, “Pod Palackého vrchem.” Research will focus, for instance, on the production of a subdermal chip, which will measure a patient’s life functions and inform the doctor about them from a distance. Also, the production of biosensors, which will be able to discover an earlier stage of an illness, or modify surfaces for a faster adhesion of disturbed nerve fibres, or produce “SMART materials” built into planes, which will be capable of reporting defects.

Investment into the future for the whole region

The new instruments and facilities will be also used by scientists and companies from all of the Czech Republic and abroad. Pharmaceutical and engineering companies are already making enquiries in research, education of experts and the renting of facilities. The uniqueness of the centre, apart from the integration into the international research network, is based on the system of management stemming from the experience of significant world research institutions. The internal language will be English, and Tomáš Hruda, the executive director of CEITEC, says, “We are already occupying research teams and key managerial positions by recognized foreign experts. We have already started cooperation with the most significant global institutes.” He adds that there has been interest from world experts to work in CEITEC, and successful Czech scientists now will have a place to come back to from abroad. 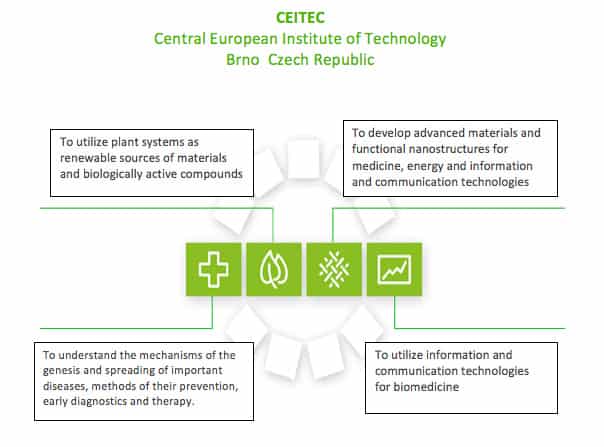