Doing the Patent Dance Without Knowing the Steps 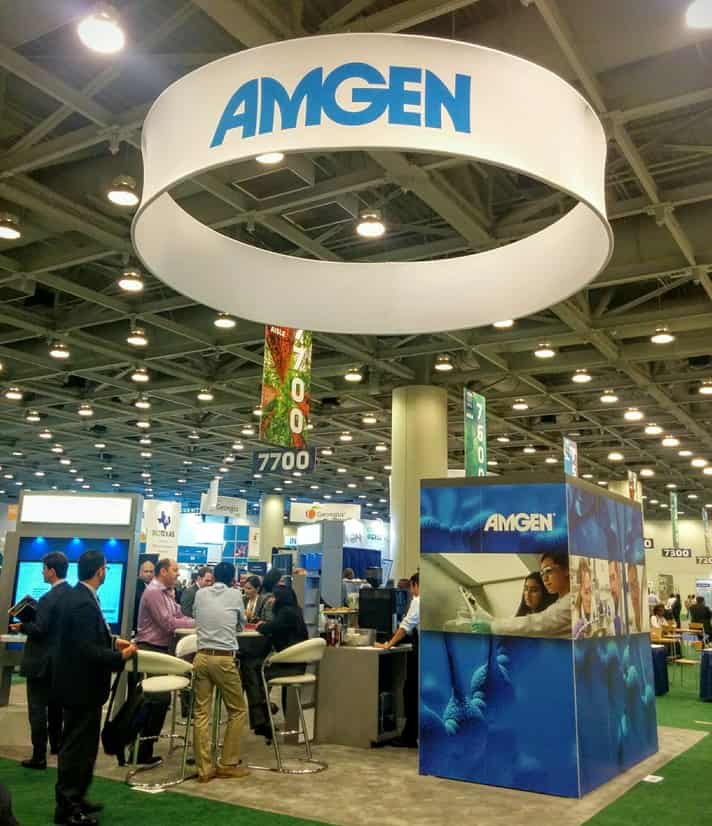 Amgen’s pavilion at BIO 2016. The company has been involved in several cases involving biosimilars of its blockbuster drugs.

The first day of BIO 2016’s Intellectual Property track featured three sessions that eventually dovetailed into what’s increasingly becoming a thorn in the side of drugmakers: the challenging of drug and biologics patents on multiple fronts and, in theory, without end. In addition to regular patent litigation under the Hatch-Waxman Act, the Patent Trial and Appeal Board (PTAB) formed in late 2012 as part of the America Invents Act gave rise to inter-partes reviews (IPRs) seeking to invalidate patent claims and entire patents. In just over three years, the number of IPRs have increased to the point that the process has come to be seen as a road block for patents. By all accounts, instituting IPR proceedings is good practice: in the first 18 months, PTAB invalidated 16 of the 19 patents it reviewed. Since then the percentage has decreased, though the number of proceedings continues to rise. Patent challengers have included competitor drug companies (most often generics manufacturers) and non-practicing entities (a.k.a. patent trolls) focused on either extracting settlements or shorting stock.

The Biologics Price Competition and Innovation Act (BPCIA) of 2009 defines a process for resolving patent disputes before the launch of a biosimilar product by an exchange of information including a list of patents that may be infringed and responses by the parties – termed the “patent dance.” How patent litigation under Hatch-Waxman and administrative IPR proceedings before the PTAB are affecting the patent dance is currently the question for drugmakers, as we all navigate the uncharted waters of these relatively new processes.