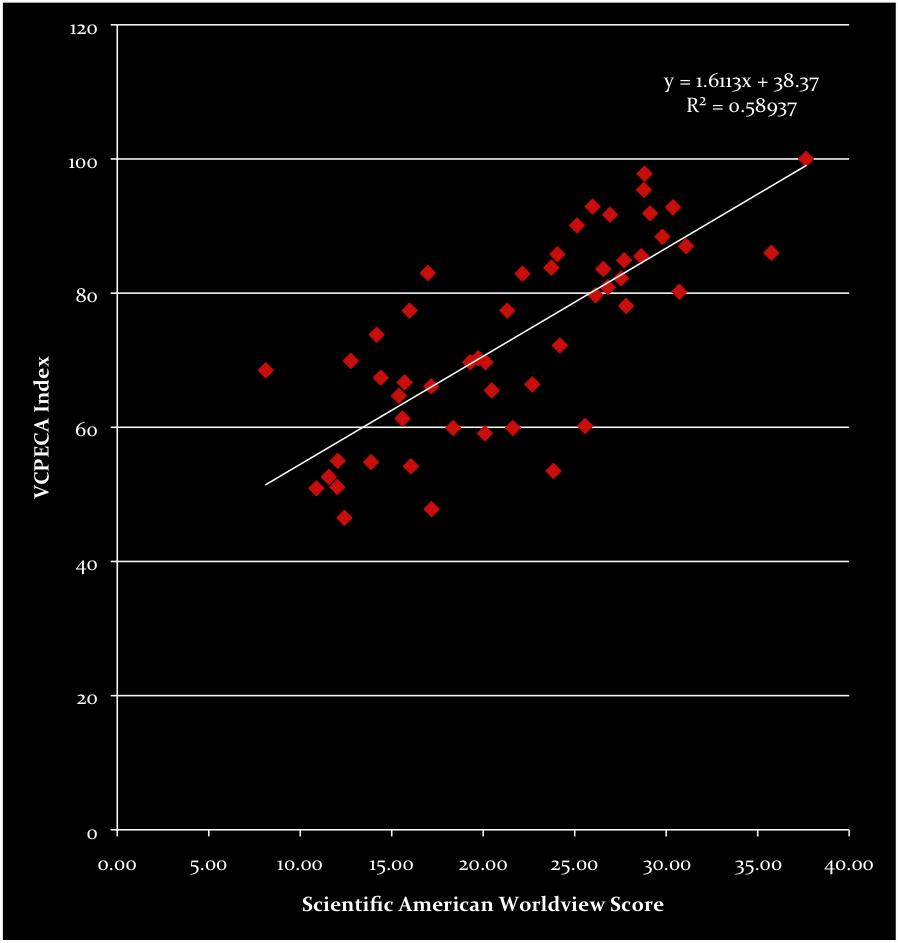 Innovation in biotechnology depends on many things, especially capital. The question is: What can a country do to increase its odds of becoming a go-to country for biotech investors? A recent analysis reveals that the 2013 Scientific American Worldview can be of help to countries looking to increase their appeal to investors.

The investment-attracting roadmap arises from the Scientific American Worldview Scorecard, which provides a meta-analysis of innovation potential in biotech for 54 countries. Yali Friedman developed the system of analyzing this information, and he collects the data, which come from a mix of published reports, publically available data and elsewhere.

A wide range of factors determines a country’s potential to generate innovative biotechnology, and thus, this scorecard examines a diverse collection of metrics, ranging from data on patents and the revenue produced by public biotech companies relative to a country’s GDP to infrastructure quality and the absence of violence/terrorism. By using a mixture of absolute and relative measurements, and each component getting equal emphasis in the final result, smaller and larger countries are fairly compared.

If the scorecard provides an accurate assessment of a country’s potential for biotech innovation, investors might already be rewarding countries in a similar order through placement of capital. To find out, the scorecard can be compared to an investment index. For example, Alexander Groh, of the Emlyon Business School in Écully, France, and Heinrich Liechtenstein and Karsten Lieser, both from the IESE Business School in Barcelona, Spain,  produced the 2013 Venture Capital and Private Equity Country Attractiveness (VCPECA) index. The authors describe this index as a “comprehensive research project on how to measure the attractiveness of a country for investors in Venture Capital (VC) and Private Equity (PE) limited partnerships.”

Nearly all of the countries on the 2013 Scientific American Worldview Scorecard, except Puerto Rico and Qatar, also received scores on the 2013 VCPECA, which allows a correlation analysis of the two measurements. The results — depicted here in a scatter plot at the top of the page — indicate a positive correlation. The relationship is so strong that linear regression of the data produces a correlation coefficient of 0.77.

This data comparison leads to a surprisingly powerful correlation. It is surprising largely because the VCPECA index arises from VC and PE of all sorts, and the Worldview Scorecard, on the other hand, focuses exclusively on innovation potential in biotech. Still, the two indices correlate strongly. If the investment data covered only biotechnology-related VC and PE, the correlation with the Scorecard should be even stronger. The available data suggest that the Scientific American Worldview scorecard indicates where capital gets invested around the world. To attract more of that investment, a country can look at its performance in the many categories that make up the scorecard and use that to build a to-do list. Moving up this scorecard should improve a country’s investment appeal.