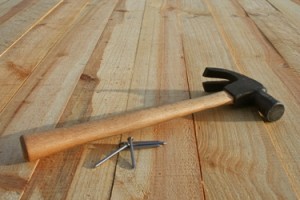 When I recently stepped down as CEO of a small biotech, it was the first time since kindergarten, about fifty years ago, when I was not on a schedule of some kind.  Although I keep up with trends through the usual channels of conferences, newsletters and conversations, my new perspective starting from scratch in search of my next opportunity has led me to ponder topics that are only now important to me.  These include the role of luck in achieving successful outcomes, the changing business of university tech transfer offices, and the forces impacting the pool of experienced entrepreneurs in biotech.  But today I want to concentrate on an issue raised by the unstoppable rush to embrace the virtual model in biotech—the role of generalist managers versus discipline specialists.

In its purest form the virtual biotech adheres to a “just enough, done expertly, just in time” business plan.  In theory, only disciplinary experts need apply for what is typically a single asset company.  For a small molecule development candidate this may mean an expert in preclinical development, another for CMC and a third for clinical and regulatory affairs.  The CEO will be one of these specialists, or one of the investors may assign a partner to the role. There may be an opening for a project manager or clinical coordinator. Everything else is farmed out to CROs, CMOs, consultants and service providers, each again an expert in their respective disciplines.

On the surface this seems a logical response to the costly, unproductive research enterprises that characterize big pharma and many biotechs, especially as availability of capital falls.  There are some potential issues, however, that might be summed up by the saying, “If you have a hammer, everything looks like a nail.”

A limited number of disciplinary experts leads to limited knowledge sets available to address the inevitable problems that arise in drug development.  I’ve known examples of chemists who believe that the biggest hurdle in a project is chemistry, biologists who feel the same about their biologic assays, and even regulatory affairs experts who feel they have the ultimate burden.  Of course it’s a combination of all of these disciplines and many more that must come together for a successful project.  An expert with a deep focus on a particular field may be invaluable for the insights they provide in that critical area of a project, but may not even recognize what they don’t know about the wider issues if they have never been responsible for the larger picture.

This problem becomes even more acute when the subject extends to business development, board relationships and investor outreach.  It would be unusual for a pure disciplinary expert to be adept at handling these areas, which unfortunately won’t be reduced to scientific principles.  Achieving scientific excellence (using your hammer) in a way that does not translate into value creation won’t get you far — in other words, that was not a nail, it might be a screw (pun intentional).

I’ve heard several stories of senior managers who had moved beyond their discipline into cross-functional leadership positions but who are considered to be too “senior” or not specialized enough for startup leadership positions.  Recently I discussed a CEO role in a company working in a therapeutic area familiar to me that had fundraising issues complicated by a potentially awkward strategic relationship, founders issues, competitive issues and needed to be led through a management shakeup.  I was not a viable candidate because I was not a world expert in the scientific field being pursued by the company, even though one could argue this was the least of their many concerns.

The virtual model will be with us for some time as we work through this current business cycle and its accompanying theories.  For these tiny organizations attempting to cover something as broad as drug development with extremely limited resources, we still have to figure out what is the right balance of deep and narrow versus limited but broad expertise.