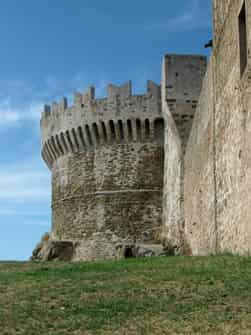 Pharma has been accused of not looking beyond the fortress walls. Are VCs now following suit?

Business development professionals have long complained about the difficulty in convincing Big Pharma research groups that a new project from outside their company  is worthy of consideration.  This is called Not Invented Here (NIH) syndrome and, when displayed by pharma, is characterized by skepticism of novel ideas, a focus on data gaps rather than an assessment of the data that exist, and an unwillingness to abandon internal projects even if corporate portfolio valuation standards favor the external project.

Big Pharma has made strides toward erasing this bias toward internal projects. Even before the recent R&D downsizing inside pharma, an increasing percentage of its pipelines was derived from licensing or acquiring outside projects, and most large companies expect 50% or more of their products to be sourced externally. Business development groups have enlarged and a variety of mechanisms have been set up to access external innovation, such as corporate venture funds, academic center collaborations, “innovation centers” and incubators.

But a new NIH syndrome has appeared, and it’s in the very organizations whose purpose is to fund the most promising early discoveries: venture capital groups. VCs that do early stage investments are increasingly using their funds to support companies that they start internally. Typically the VC will identify an interesting new technology, gather relevant intellectual property, put together their own team (usually installing one or more partners in operating positions), set the initial strategy and then launch the company, sometimes with no other investor participating. In the Boston area, where more biotechnology companies are started than anywhere else, Third Rock, Flagship, Atlas and Polaris use this model for all or almost all of their early stage investments. Several studies have found that start up money for biotech is increasingly hard to raise; take away the sums used for these internal launches and it leaves almost nothing for the many promising technologies being shepherded by entrepreneurs.

VCs have good arguments for this model. A tightly focused, capital efficient strategy to increase value and enable a financially attractive exit has never been more important, and this kind of hands-on approach may enable that. However, it is far from clear that the ideas generated within a small partnership, with its limited advisory boards, will cover the most attractive scientific advances available for investment. Indeed, pharma has finally realized that even with thousands of scientists it does not have a monopoly or even adequate awareness of promising science. Yet today the innovation pipeline is being shaped by a relative handful of investors, some with limited scientific background.

It would certainly be ironic if NIH continues to hamper innovation even after pharma has learned from its mistakes. VCs should not make the same error and let internal projects largely exclude the enormous spectrum of external opportunities.