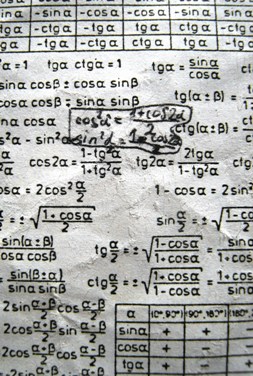 I always say to my colleagues “Success has no formula, but failure does.” Often, biotech spin-offs yield more in experience than they do history. But I would like to share the story of a colleague of mine who went from a humble academic job in the microbiology department in a national university to a clinical success story. His lab in Tokyo is now providing cell-based immunotherapy via 6,000 transfusions a year, from all over Japan and from neighboring countries.

Hiroshi Terunuma started his career as a medical microbiologist in the Yamanashi University School of Medicine in the late ’90s, when he worked on HIV carriers in whom RNA transcriptome analysis was essential to understand the nature of the immune system. He had no other way to study the RNA transcriptome than to try a reproducible expansion of human immune cells, including T cells and NK cells, in the lab. He did years of basic work without even glimpsing the light at the end of the tunnel. But then he had a two-year tenure in Zambia for studying the immune systems of HIV patients, and even though he came back to Japan with additional expertise, still he and his colleagues had to burn the midnight oil to achieve a successful lab-expansion of the human immune cells. Finally, at the end of a decade of hard work, he got a breakthrough and patented it, though he found his invention was going to be more useful in treating cancer patients!

By then, the Lymphokine Activated Killer cells and Dentritic Cell based treatments had started as clinical applications in Japan, and his invention of being able to grow the Natural Killer Cells without feeder layers meant he had become an immunotherapist for cancer patients. Around this time, he was introduced to Tsutomu Kaneko, whose business expertise combined with the clinical and research expertise of Terunuma to produce a win-win for all involved. With this type of customized and autologous cell-based procedures being considered as clinical procedures as per the Japanese law, the two men produced the Autologous Immune Enhancement Therapy (AIET) for cancer using the patient’s own Natural Killer cells and with other immune cells such as T cells. Today, AIET has treated more than 10,000 patients and several Asian countries have started this treatment as part of the Terunuma team’s outreach via technology transfer. The patents are swelling; the company he started with Kaneko is debt free and earning a profit. Above all, though, the product is a worthy contribution to cancer patients.

I would summarize by saying the key elements for success were: