A Tale of Two Systems (Part I) 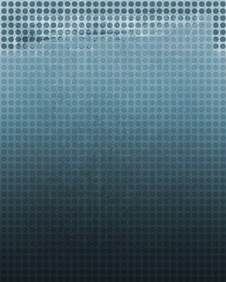 The title of this blog post has a few interpretations. The most obvious one is that I will be referring to two scientific systems that should be working together smoothly, but that somehow are as distant as the London and Paris of Dickens’ imagination. Another interpretation is that, in true Dickensian 19th century style, my blogging on this topic will be divided into installments. Ideally, each installment will catch the eye of the wandering reader and spur his/her curiosity for future information. It worked for Dickens and Jules Verne, so I´m betting it will work for me too, even if it is the 21st century.

To follow on a literary note, recently a Brazilian colleague reminded me of Ana Karenina´s opening lines: “All happy families are alike; each unhappy family is unhappy in its own way.” I would have to disagree with dear Tolstoy on that, particularly as far as the scientific family is concerned. Dysfunctional scientific families around the world have many similarities. I am convinced that if anybody outside Argentina reads this blog, he/she will be able to identify with many of the situations I will be describing.

The two systems in this narration are the public and the private ones in Argentina. But first, some background on each of them. I will be dedicating this first installment to CONICET, the public side of this feud that shouldn´t exist.

CONICET stands for The National Scientific and Technical Research Council, and although it is not the only public organization involved in research activities, it is certainly the main one in the area of basic science. CONICET was founded in 1958, and its first president was Bernardo Houssay. Dr Houssay was a daunting character.  A pharmacist at age 17, he went on to study medicine and won the coveted Nobel Prize for Physiology or Medicine in 1947 for his discovery of the role played by pituitary hormones in regulating glucose. He was not only the first Argentinean to win a Nobel Prize in science, but also the first Latin American to do so. His personality was bigger than life, and it was that personality that modeled and permeated the entire Argentine scientific system; his influence is perceived even today. CONICET fulfilled Houssay´s life-long dream. Scientific endeavors would cease to be secondary activities or hobbies to be indulged in by professors only after complying with their teaching duties. Rather, scientists would be professionals dedicated exclusively to pursuing research. CONICET became a beacon of light in Latin American sciences.

However, Houssay´s virtues and flaws would be CONICET´s virtues and flaws for many years to come. CONICET is home to the best and the brightest in Argentine science. It is devoted, rigorous and demanding. Its scientists are highly qualified and recognized worldwide, and they work on subjects and issues that are at the forefront of world science. But CONICET also selects somewhat arbitrarily the best and the brightest, the topics it favors are not necessarily in line with the country’s needs and its devotion to basic science has become more a liability than an advantage.

Fortunately, many things are changing, slowly but steadily. Twenty years ago the mere mention of applied science was anathema, and the CONICET researcher who dared tread upon such new ground was treated as a traitor. Even worse, he was treated as a mere mortal! The Ivory Tower was challenged timidly in the ’80s and ’90s, and there were modifications, but CONICET stalwartly opposed any real ideological turnover. However, after Argentina’s gigantic economic crisis in 2001-2002, the CONICET scientific community was ready for an extreme makeover. Words that were once infamous, such as profits and patents and tech transfer and bioeconomy, slowly inched their way into regular use by the community. I truly cannot assert that this new mentality has crystallized, but undoubtedly several like-thinking minds are working together on this. They represent a new generation of researchers who understand the importance of transferring knowledge and the outcomes promise to be fruitful (more on this in future blogs). Of course, Argentina is a country that thrives on dichotomies, so now we have the basic science vs. applied science battle, but what I really think is at stake is this: how to perfect the loop of basic feeding applied feeding basic feeding…well, you get the picture.

I had the honor of being inducted into this Temple of Knowledge in 2002. (Though the opinions expressed here are fully my own.) Being a CONICET researcher is equivalent to having tenure, with the advantage that you can choose whatever lab tickles your fancy. Well, it’s not as simple and straightforward as that. Suffice it to say that it is supposed to work that way, but there are many hurdles along the way. My area of expertise is plant biotechnology, and 2011 found me working in INTA, which is the National Institute for Agricultural Technology. The relationship INTA-CONICET is another Tale of Two Systems, paradoxically immersed in the public system, but that is fodder for a different post. While at INTA, I received an offer from a well-known private university in Buenos Aires, and I decided to accept it. The offer, the reasons for my acceptance and the consequences my decision brought will be the subject of the second installment. I can only say this: I soon realized that the tunnel across the English Channel was not yet completed, and getting from Dover to Calais and back would take a lot of energy, perseverance and hope.