IPOs — Read All About It 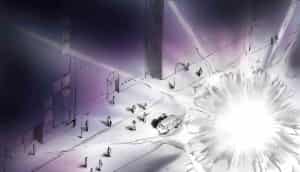 We published in the December 2013 issue a news feature looking at this year’s biotech IPO rush. We’ve removed the article from behind our paywall, and it can be freely read here. The PDF is here: Burning Bright.

By our count, by the end of the third quarter there had been 36 biotech IPOs across global exchanges this year, raising on average $73.8 million apiece. The companies going public on either NASDAQ or NYSE have done better, raising on average $86 million each. Another 10 biotech companies or so have gone public since September ended; you’d need to go back to the year 2000 to see a similar combination of new IPOs and high amounts raised.

The post-IPO market has been robust, too, with the stock of many companies soaring in the weeks following their debut. Our calculations found that overall, the 29 companies that went public this year on either NYSE or NASDAQ had returned ~62% over their IPO price at the end of the third quarter.

There has not been nearly as much enthusiasm for non-US-based companies or beyond the US exchanges, though Oncolys BioPharma raised ~$48 million on the Tokyo Exchange, and TWI Pharmaceuticals, which works in generics and immune modulation, raised more than $100 million in Taiwan (link is to BioCentury — subscription required). The Netherlands-based Prosensa grossed nearly $90 million in the US, though it shortly after reported a drug failure that cut the stock down. And from the UK? GW Pharmaceuticals raised about $31 million on NASDAQ, but that firm didn’t make Nature Biotechnology‘s rather stringent definition of biotech. Egalet, of Westminster, UK, is in the queue, but we’ll need to see what type of reception it gets if and when it does price.

Comments on the article can be posted below, or tweet them to us at @naturebiotech.