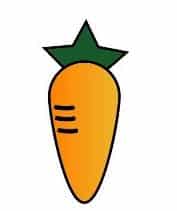 In our current issue of Nature Biotechnology, Randy Osborne presents an overview of some of the most notable drug approvals in 2012 in our annual feature, Fresh from the Biotech Pipeline. Although 2012 was a bumper year for drug approvals, the types of treatment approved suggest commercial developers are insufficiently incentivized to develop products addressing major health needs.

Much has been made in recent weeks of this list of 2012 US drug approvals, and indeed, the topline numbers provide several highs. The FDA registered 37 new drugs last year—the highest number since 1999. Fourteen of these drugs were biologics—the highest number of such drugs ever approved by FDA. And around two thirds of the inventions behind these drugs originated within a biotech company or an academic institution—the highest proportion from outside of big pharma for the past five years.

Looking at all this, there is much to be proud of from an industry standpoint. More drugs made it to market last year than any year since 1997. More biotech companies successfully brought their first products to market (41% of approvals in 2012 compared with 37% in 2011). And more cancer drugs (11 out of 37 approvals in 2012) were approved than in the past three years, providing patients with more precious months of survival.

This is a strong indication of success for the industry, but there is another way of looking at these numbers: How many of the product approvals actually address the priorities of our healthcare systems?

And the trend is not just to orphan, but to ultra-ophan (mere thousands of patients). In a wry aside, the Drug Baron notes that one drug, raxibacumab, has no patient population whatsoever (unless we have an anthrax outbreak)!

So how do these numbers relate to the major health needs? According to the US Department of Health and Human Services, chronic diseases account for 75% of total outlay of the US healthcare system. These disorders not only include cardiovascular disease, diabetes and obesity, but also increasingly diseases of aging, such as Alzheimer’s and Parkinson’s, as the demographics of populations across the world continue to change. Even a cursory scan of 2012 suggests a paucity of drugs to address these conditions.

There are many reasons why commercial developers are making slow progress in developing drugs to tackle the major chronic diseases. One is that the biology of these conditions is complex, involving numerous molecular pathways and redundancies, with genetic modifiers that remain poorly understood, not to mention numerous environmental, nutritional and lifestyle factors that contribute to disease risk and progression.

Regulatory and financial pressures also conspire to make drug development against complex disease an formidable challenge, at least to any company that does not possess deep pockets and resources. Human trials for complex diseases are becoming cripplingly expensive (in the region of hundred of millions of dollars for cardiovascular disease)—so much so they are now becoming the sole domain of all but a few multinational pharmaceutical companies.

As chronic conditions mean chronic use, regulatory agencies are increasingly placing greater emphasis on proof of safety as well as efficacy. And because there are already drugs on the market for many chronic conditions (albeit effective in only a portion of the entire patient population), the burden of proof required for approval of a new drug sets the bar higher than for many other conditions (especially orphan diseases) where there are no treatments.

With these factors shaping where commercial drug development – particularly innovative drug development – is heading, the concern is that there will continue to be more products for expensive oncology indications and more products for rare disease indications that have lower regulatory challenges. Of course, current incentives for driving development for orphan diseases remain an important priority; the question is whether there are sufficient incentives for treatments for major disease.

For these reasons, governments and regulators should be thinking about incentivizing drugmakers to focus on the extremely difficult indications that account for such a large proportion of the healthcare budget (which will grow in the coming decades). Some of the initiatives in US regulation, such as the new designation of ‘breakthrough therapy’ for accelerating the development and regulatory assessment of drugs for serious diseases that have the potential to offer substantial benefit over existing options, are certainly a step in the right direction. But are they enough?

Certainly, they will not change the landscape of approvals for several years to come. It should be recognized that drug development is a timely endeavor: counting the years back to the initial public disclosure of each approved product, the current crop took 10 years. For the next 10 years, then, it is difficult to see recent incentives playing a big part in changing the nature of future approvals. By that time, the burden on healthcare of chronic disease will look considerably worse than today.

So whichever way one looks at these numbers, it is difficult to see where tomorrow’s innovative treatments for chronic complex diseases are going to come from. The class of 2012 represents 37 small steps in our fight against major common diseases. To address the increasing burden of chronic disease, we need more giant leaps.