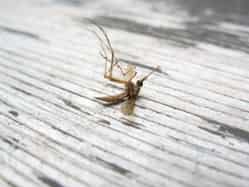 Our editorial team came across a bit of news on neglected diseases while monitoring the biotech sector and thought we’d pass it along. Neglected diseases earned that collective moniker partially because the major drug developers of the world didn’t see the financial incentive to pursue products in these indications. Over the years, smaller, more nimble biotechs have stepped into the void, and today biotech companies are contributing 41% of products in the pipeline for neglected diseases, according to a new report by BIO Ventures for Global Health (BVGH), a non-profit based in Washington, DC. The report looks at neglected disease drugs and vaccines currently in development worldwide and examined the entities working on them.

The report shows that academia still is responsible for most products in development, with biotech coming in second, but ahead of non-profit-supported developers and pharma companies. Of course, all these groups often collaborate, an example here being Anacor, of Palo Alto, California. The company is working on a slew of neglected diseases while it also pursues its main portfolio. The company began its endeavour by collaborating with the University of California at San Francisco and later drew support from the Geneva-based non-profit Drugs for Neglected Diseases Initiative.

Dengue is the top target for biotechs, the report states. BioMedTracker lists products in development for dengue virus from Sanofi, Merck and Co., and Vical, with Sanofi having acquired its product from Acambis, first through license and then outright buyout; and Merck from Hawaii Biotech via purchase.

Dengue is a global problem, of course. The Centers for Disease Control puts the infection rate worldwide at 100 million annually, and this map shows the areas most affected. Nice to see biotech doing what it can.