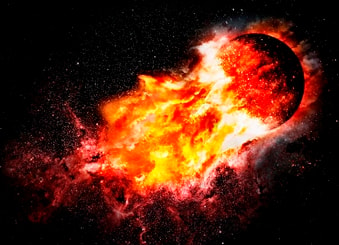 As of this writing, I can report that I’ve been academically sober for one year, six months and two weeks. Before I departed academia, I was like many of my Gen Y and Millennial contemporaries: dreaming of a tenured professorship since my first summer internship as a high school student in a biological research lab; working as a grad student seven days a week for five years on a small stipend but with big hopes; postdoc-ing for another five years to prove my mettle in a new subfield and to gird my CV for the assistant professor job search.

Then I ran into the buzz saw of Postdocalypse. This phenomenon goes by many names: UCSF Professor Henry Bourne calls it the “postdoc holding tank;” the dons of the biomedical research enterprise lament it as “hyper-competition.” Basically, it’s the systemic oversupply of professionally trained and academically acculturated scientists relative to open faculty positions. Some of the 27 departments I applied to received over 300 applications from postdocs and even current assistant professors, many of whose CVs were likely indistinguishable from mine – at least that’s what I gleaned from the departments that bothered to send me a stock rejection email.

So like generations of pioneers before me, I packed up my bags, declared (scientific) independence, and moved to Northern California, the nation’s top biocluster. My goal was to found Perlstein Lab, which would direct curiosity-driven research toward unmet medical needs. I found the perfect balance between basic and applied impulses in the orphan disease space. There are an estimated 7,000 orphan (or rare) diseases. The definition of an orphan disease is one that afflicts 200,000 or fewer patients in the United States, though most orphan diseases afflict on average 6,000 people on Earth! I received my education in orphan diseases on Twitter, which is also where I picked up an informal MBA and a degree in marketing. (See my post on the usefulness of Twitter).

During my independent postdoctoral fellowship – the first incarnation of Perlstein Lab – my team and I validated an approach that I dubbed evolutionary pharmacology. This contrarian approach involves using simple model organisms to study and discover complex small-molecule drugs. Simple model organisms are baker’s yeast (Saccharomyces cerevisiae), nematode worms (Caenorhabditis elegans), fruit flies (Drosophila melanogaster) and zebrafish (Dano rerio). After feeling spiritually depleted by the academic job search, I wanted to do mission-driven science that mattered to real people, and not simply score notches on my professional belt for the approbation of a few colleagues scattered around the world.

Being fresh off the academic boat and having never had an email address that didn’t end with “.edu” I knew that I needed to train myself for the coming marathon. Thankfully, I was privileged enough to have some savings and a spouse willing to quit her job and move across the country with me from the Northeast. When I arrived in the Bay Area in the Spring of 2013, I was fortunate to land on my feet as a part-time consultant and blogger for a science crowdfunding startup called Experiment (formerly Microryza). I was also lucky to have my younger brother in the Bay Area working on his own startup ideas, and he became a key entrepreneurial advisor and ultimately a co-founder of Perlstein Lab. I paid bills and did my homework for six months as I prepared to hunker down and write a business plan for Perlstein Lab, craft a pitch deck, and mount a seed fundraising campaign.

By the Fall of 2013, I was circulating a draft of a prospectus to trusted confidantes and also to experts whom I’d never met other than in conversations on Twitter. These reviewers included venture capitalists, biotech veterans, patient advocates and scientists. By the 2013 holiday season, I had a legitimate business plan and a concise slide deck. I had met many Silicon Valley investors and entrepreneurs who shared their fundraising war stories, so I knew that fundraising would take anywhere from six to twelve months. Years in academia had prepared me for delayed gratification.

In my next post, I recount the story of how the second incarnation of Perlstein Lab was born in the 140 characters of a tweet.