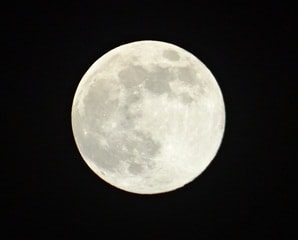 On January 1, 2014, I sent a tweet that changed my professional life. I wasn’t soliciting investors, but rather chiming in on a fleeting conversation about orphan diseases, like I’d done for months before on a range of topics that interested me. Little did I know at the time that that Twitter exchange would lead to an email exchange, which would lead to a face-to-face pitch at the annual JP Morgan biotech meeting in San Francisco in mid-January, which in turn would lead to a signed term sheet a month later. Perlstein Lab PBC was born.

Eric Ries originally popularized the lean concept in 2011 in his book The Lean Startup, though the idea was first promulgated on his blog. As a professionally trained scientist, the parts of the book on running controlled experiments (e.g., A/B tests), discarding invalidated hypotheses, reformulating new hypotheses, and iterating this process over and over again was old hat. However, the most noteworthy aspect of the burgeoning lean culture was that an insider was openly demystifying the startup process. Most biotech startups operate in stealth mode, sometimes for years, even after they emerge from behind a carefully crafted 450-word press release. What better way to be lean than to reap the fruits of openness on social media?

Without Twitter I can confidently say that my transition from academic trainee to biotech entrepreneur would not have been possible. I joined Twitter in early 2011, after initially dismissing the platform for years as the province of Justin Bieber and other inanities. But I couldn’t resist joining Twitter after I learned that several scientists whom I respected were avidly tweeting – about science! Not only were scientists tweeting about science in general they were tweeting about their science in particular, and as a result forming communities of mutual interest and support.

After leaving academia, I felt dead to my former mentors and colleagues. They didn’t have the experience or connections to help me through my transition, so it was up to me to brand myself, do my own diligence, and convince strangers to part with significant sums of money to pursue a novel approach to orphan disease drug discovery based on phenotypic screens of simple model organisms.

Maintaining a blog was also critical to my success. In the summer of 2012, I commissioned a lab website and personal science blog from a professional web developer. Like others, I was able to express myself on a range of topics and get feedback in the form of comments, and a growing Twitter following. My most read post is called “Postdocalypse Now,” a cri de coeur and a call to action in the weeks immediately following my exit from academia. That post and others created a digital archive of content that served as a touchstone for networking and collaboration. I was used to a small number of scholars discovering me on PubMed, the search engine for the primary biomedical literature. Now anyone on Earth could Google me and learn about what I was doing. And I could quantify pageviews and referral traffic on Google Analytics in real-time to assess impact.

So what elements of my story are generalizable? My recommendation to compatriots in Generation Postdocalypse is: to thine own brand be true. Find your scientific voice on Twitter and on your blog. Anyone can set up a Twitter account or start a blog in minutes these days, though be forewarned that it takes years to garner a following and readership. Politely crash conversations between experts in a field you know or want to learn more about. Follow up Twitter threads and blog comments with informational interviews on Skype or G+ Hangout. Use this online engagement to filter the folks you want to meet IRL (in real life). Most importantly, inure yourself to failure. That part should be easy for any scientist, and especially for academics.

Finally, find a mission worth getting up for every morning and that keeps your mind abuzz late into the night. I’m biased. I want to see an orphan disease moonshot, which would accomplish three goals: (1) identify treatments for orphan disease patients; (2) gainfully employ legions of under- or unemployed professionally trained scientists; (3) discover serendipitous connections to common diseases. That’s my mission. What’s yours?