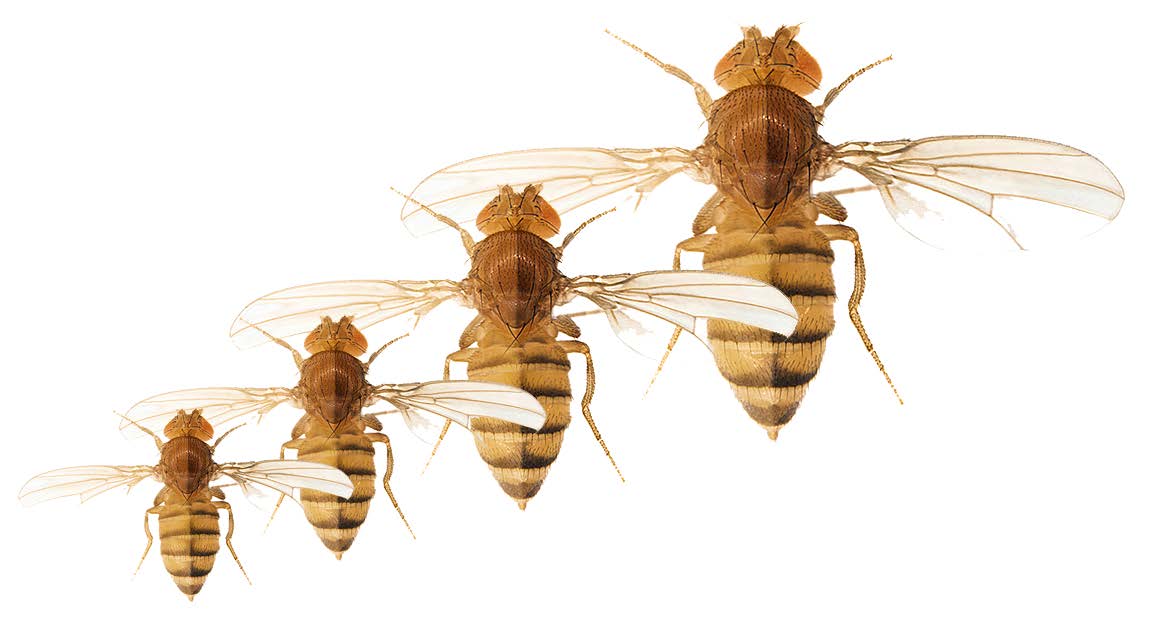 Gene drives have spurred controversy of late. In the October issue of Nature Biotechnology, we hear the perspective of several researchers who have been developing gene drive technology, in some cases for decades. Their perspective has been seemingly missing from the extensive reporting that followed publication of a CRISPR-Cas9 mediated gene drive in Drosophila in April 2015, and much of the debate has focused on the potential hazards of the technology. We talked to them and to researchers raising alarm bells about the technology to explore just how likely the doomsday scenarios are.

The connection between CRISPR/Cas9 and gene drives—genetic elements that bias inheritance and upset the rules of Mendelian genetics—was brought into the spotlight in 2014, when George Church’s group at Harvard published a thought piece that laid out the basic design of a RNA-mediated gene drive. In that article, the authors suggested that the release of organisms carrying gene drives could imperil indigenous species in the wild. The group struggled to find a publisher for their article—too speculative, they were told, come back when you have data.

Less than a year later, researchers from University of California, San Diego, published a paper in Science describing the first CRISPR/Cas9 gene drive in flies and demonstrating its ability to spread a mutant gene through a lab strain population in two generations. That sparked the current controversy, and since then some of the same journals that turned down the Harvard paper have published commentaries and perspectives, sounding a warning on gene drives upsetting ecosystems.

But can gene drives do this? That was the question we posed to researchers who have been working in this field. For decades, the grail for many scientists working in this area is to develop systems that eradicate human disease vectors, such as Anopheles gambiae, a malaria vector. Before CRISPR-Cas9, researchers were developing transposons and homing endonucleases, so-called ‘selfish DNA,’ which propagate horizontally through genomes, though not particularly efficiently. And researchers feel the approach shows great promise. As Anthony James of the University of California, Irvine, puts it, “People working with mosquitoes feel that they have a legitimate application of the technology, as opposed to neat little tricks. There was a strong belief that good can be done in the public health arena if this technology was available.”

And it’s not as if these researchers have failed to consider possible ecosystem imbalances. James, for example, has trolled the mosquito genome for what he calls neutral areas, locations where secondary effects are unlikely. “You can sequence the gene from wild populations and find conserved domains,” he says, that way, “when you make the insertion, you don’t have a major impact on fitness.”

To be sure, there are university institutional review boards to oversee such experiments, though Kenneth Oye, from MIT’s Department of Political Science and Engineering Systems and a co-author on one of the perspectives questions whether they are up to the task.  “University review boards are heavily focused on protection of human subjects and pathogens and toxins,” he says. “[Gene drives] just don’t fit.”  This creates another hole that must be filled before gene drive research can advance. Oye wants a systematic review of “the way we are thinking about security and environmental risk associated with advanced biotechnologies.”

That would be effective only if those doing the review are qualified to do so. Todd Kuiken, a principal investigator on the Wilson Center’s Synthetic Biology Program, points out that some of the people making decisions on using gene drives “are not ecologists. In fact a lot of them aren’t even biologists. And so their understanding of the impact of release of one or a handful of organisms outside the lab, I’m not sure they are thinking about that clearly.”

But for those working with gene drives, disaster scenarios border on the fantastical, as they can point to numerous mechanisms that will likely limit spread of a gene drive allele in the wild. Andy Scharenberg, at the Seattle Children’s Research Institute and the University of Washington, Seattle, who has worked on retargeting endonucleases, points out that “organisms expressing a nuclease are likely to take some reproductive fitness hit, for example, and mutations accruing within the nuclease target site following repair of a nuclease-induced break will lead to the development of resistance to a gene drive.”

Clearly this is just the beginning of the discussion. The US National Academy of Sciences has convened a panel to discuss gene drive research in non-humans (while also looking separately at the issue of human germline gene editing). The gene drive panel took testimony in July and will meet again in October. Our feature drills down on some of the issues mentioned here. Click on the link below to download the full PDF, made freely available until release of October issue.