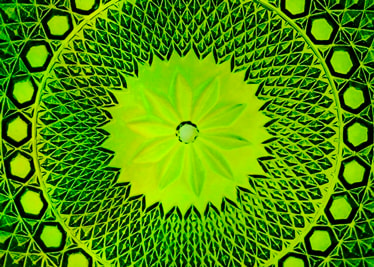 The Maryland-District of Columbia-Virginia region (MD-DC-VA) – home to federal agencies that underwrite publicly funded research and regulate the biomedical and biotechnology industries—is beset with biotech envy. Leaders from local universities and companies want it to become an entrepreneurial powerhouse within the industry, more on a par with Cambridge, Mass., San Francisco or San Diego, and they are taking steps to implement those hopes.

For instance, early in April, officials from BioHealth Innovation (BHI) and ProductSavvy announced a partnership with the Montgomery County Department of Economic Development, all in the Maryland suburbs, a bit north of Washington. Together they are launching a program, Relevant Health, to prepare eight early stage health-related businesses for pilot product testing and financing.

Only a week earlier, some of these same leaders, along with others from local and federal government agencies, universities, and companies, were lamenting the anemic state of entrepreneurial activities within the region, while doing their best to identify sources for those shortcomings and ways to overcome that anemia. “This region punches below its weight class,” says Ronald Daniels, president of Johns Hopkins University in Baltimore. “Where’s the primordial soup that you feel in Cambridge or San Francisco or San Diego?”

Montgomery County was more of a biotech center not so many years ago, says Ivor Royston, founding managing partner of Forward Ventures in San Diego and co-founder of Hybritech, also of San Diego and the first biotech company (gobbled up many years ago by Eli Lilly) to take shape in that city. “Why did the companies leave?” he asks broadly, while referring specifically to the J. Craig Venter Institute (JCVI)—not exactly a biotech company, but never mind. JCVI formed in 2006 in Rockville, MD, but subsequently moved many operations to San Diego.

Some say that the presence of the federal government, while a valuable asset in so many ways, makes the MD-DC-VA region too conservative for the entrepreneurial lifestyle—at least insofar as biotech is concerned. After all, enterprising lobbyists thrive here. Others suggest that institutions within the region are too scattered, keeping venturesome scientists and inventors from casually bumping into one another in coffee shops. And, although funding is fungible, venture capitalists also are said to be a critically absent component from the region.

Standing apart from those and other missing ingredients, however, is an energetic set of local graduate students and postdocs, who call themselves the Leaders of Tomorrow. “One of our goals is to increase the missing connectivity,” says Marina Cabrera, a postdoc at MedImmune, and a leader of this new group. It takes some of its inspiration from a similar group in Cambridge, UK, whose members recently convened a Gap Summit and who also are seeking ways to enhance their own local, biotech-related entrepreneurial activities. It was organized by Global Biotech Revolution, “a registered student-led foundation whose mission is to inspire young people and support the next generation of leaders to ensure the sustainability and growth of the global bio-economy.”

While the two groups plan joint activities for next year, Cabrera says that the US-based leaders group already hatched a start-up of its own, a cohort of young researchers, MBA types and lawyers who plan to develop a microfluidics device for testing the side effects of antibiotics. The group of young scientists and like-minded entrepreneurs  “has legs, and will continue to make this area more of a robust hub,” she says. “It’s not just a one-time thing.”