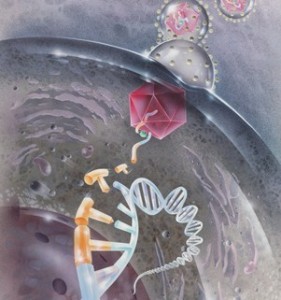 Gene therapy programs are generating much excitement, but there is little agreement about pricing and how payers will foot the bill. (Jim Dowdalls/Science Source)

The first gene therapy approved in the Western world is set to go on sale in Germany at a cost close to $1 million per treatment. The record-breaking price tag came to light in November 2014, when Amsterdam-based Uniqure and its marketing partner Chiesi, of Parma, Italy, filed a pricing dossier with German authorities to launch Glybera. A few weeks later, the focus on gene therapies sharpened further when Cambridge, Massachusetts–based Bluebird Bio presented striking early clinical data from four beta-thalassemia patients treated with its Lentiglobin BB305 gene therapy, at the American Society of Hematology meeting in San Francisco. Within three months, these patients had begun producing sufficient hemoglobin to reduce or eliminate the need for blood transfusions. Big pharma is taking notice; the most recent gene therapy deal signed in February, between Sanofi’s Genzyme unit and Third Rock Ventures’ Voyager Therapeutics, both in Cambridge, Massachusetts, is worth up to $845 million. But as gene therapies start to provide solutions for highly penetrant genetic diseases that had been intractable, the hand-wringing over their value and how government and private insurers around the globe will pay for them will likely begin.

As the first and only approved gene therapy in Europe or the US, Glybera (alipogen tiparvovec) will likely become a bench-mark product. Glybera was recommended for approval by the European Medicines Agency in 2012 (Nat. Biotechnol. 30, 1153, 2012), and Chiesi plans to launch the product in Europe in early 2015, though it has yet to receive a nod from the US Food and Drug Administration (FDA). Glybera is used to treat adults with lipoprotein lipase (LPL) deficiency, an orphan disease which results in abnormally large particles of fat in the blood and causes inflammation of the pancreas. The therapy consists of LPL, encoded by an adeno-associated virus vector, administered through a series of intra-muscular injections. In addition to Germany, the company expects UK pricing March 1. So far, pricing discussions for gene therapy has remained “under the radar” for many payers in the US, says Brennan. “I’ve not seen the national health insurers talking much about this, but they will be sooner or later.” Glybera’s price depends on a patient’s weight, explained Uniqure CEO Jörn Aldag, at an investor meeting in early December. An average patient would need 19 vials of Glybera, he said, at a cost of nearly €44,000 (about $50,000) per vial. “Higher value to patients… should actually command a higher price,” Aldag noted. Uniqure has six-year follow-up data showing a 50% reduction in pancreatitis in Glybera-treated patients, he said, and dividing that up-front price by six years “you  get to a [per-year] price that’s actually lower than [typical] orphan drug pricing,” he said.

Pricing gene therapies might follow one of three general schemes. A classic up-front, one-time  payment,  such  that  Chiesi  and Uniqure are seeking for Glybera in Europe; an annuity model that spreads that payment over a number of years to lessen the cost-density burden on payers; and a pay-for-performance, risk-sharing model that tracks patient outcomes and rewards manufacturers for maintaining patients’ health over a period of time. Each of these schemes is likely to be used, depending on the specific attributes of any one therapy and specific negotiations between drug manufacturers and payers.

Rapid progress in the clinic may speed up such decisions. Bluebird’s therapy, was granted FDA’s  breakthrough therapy designation on Februar y 2, and  since the company’s December presentation at the hematology meeting, eight patients have been treated with the drug across two phase 1/2 clinical studies. Together, the two trials will enroll up to 22 patients with either beta-thalassemia major or severe sickle cell disease. BB305 treats those diseases by using a lentiviral vector to transfect a patient’s own hematopoietic stem cells ex vivo with a functional human beta-globin gene, then returning those cells to the patient.

“Ultimately, where industry needs to go is true pay for performance,” says Bluebird COO Jeff Walsh. But for such a model to work, the product would have to have “transformative data” and endpoints that can both be measured and have a direct correlation with disease. Bluebird’s BB305 may be among the first products that meet those criteria. The impact of the company’s gene therapy on beta-thalassemia patients who would otherwise require chronic blood transfusions is “measurable, with the ability to track on a patient-by-patient basis their level of hemoglobin, which has a direct correlation to whether they’re anemic,” says Walsh. “These are incredibly trackable outcomes and might be a perfect case study” for a pay-for-perfor- mance model, he says.

Spreading out the cost of therapy is likely to be important to insurance providers, especially private payers in the US who may have a patient for only a few years.“If I was working for a carrier right now, I’d be very eager to be pushing for some solutions that are not going to entail bearing the entire cost, just because I have a particular patient’s beta thalassemia this year,” says CVS’s Brennan. Now that insurers can’t reject patients based on pre-existing conditions, or limit lifetime benefits, and may be required to offer gene therapies that become standards of care as parts of minimum essential benefits packages (all of which came into law as part of the Patient Protection and Affordable Care Act in 2010), the environment for annuity-style payments for gene therapies is in place, he says (Nat. Biotechnol. 32, 874–876, 2014).

And for diseases with very clear cost off-sets—in beta-thalassemia, for example, the cost of chronic blood transfusions and disease complications—payers will be more likely to see gene therapies as being cost effective, says Roger Longman, CEO of Real Endpoints, a New York–based information and analytics company focused on pharmaceutical reimbursement. And at the same time, “companies can make a bunch of money without gouging the system,” he says.

Bluebird’s Walsh agrees that the efficacy and safety of a gene therapy and the cost savings for the overall healthcare system are the most important elements of pricing drugs in this space. In addition, he says, “quality of life is another major component of value,” in particular when you think about how a one-time treatment can replace a lifetime of medical interventions. And lastly, he says, “if a patient is having challenges maintaining an education or a job, and a curative therapy alters that equation, there’s societal value” to the therapy as well. The onus is on the drug developer to paint that picture on behalf of its therapy, says Walsh. “If we went to [payers] with a product that had incremental value, we wouldn’t be having the same dialogue,” says Walsh. “They realize there is a lot of value here for this patient population, one that has significant unmet medical need. That opens the door, and we’re starting to have really interesting discussions about their challenges, our challenges, and [finding] common ground,” he says.

Investors  are  clearly  excited  about  the potential for multibillion-dollar gene therapy products. As of early February the small biotech Bluebird was valued at more than $3 billion. Voyager is only a year old but its deal with Genzyme brought in a $100 million upfront payment to advance its adeno-associated virus gene therapy programs in Parkinson’s disease, Friedreich’s ataxia and Huntington’s disease, among other central nervous system disorders. In exchange for that upfront payment and future milestones and royalties, Genzyme will have the option to license multiple Voyager programs at the proof-of-concept stage. Voyager retains US rights to  some programs and global rights to its amyotrophic lateral sclerosis program. Another player in the space, Philadelphia-based Spark Therapeutics, went public on January 29 raising more than $130 million. Spark is developing gene therapies for hemophilia, inherited retinal dystrophies and neurodegenerative disorders, based on technologies developed at the Children’s Hospital of Philadelphia. The company’s lead product, RPE65, delivered by means of adeno-associated virus for inherited retinal dystrophies, received a breakthrough therapy designation in November 2014. The therapy is in a fully enrolled 28-patient phase 3 trial, and the company expects to  announce results later in 2015. Spark doubled in value on its first day of trading, to more than $1 billion.

All gene therapies are unlikely to be deemed equal in the eyes of payers—and Walsh’s four-part value equation hints at measuring what is, in some cases, unmeasurable. But curative products that are safe and have meaningful cost offsets, particularly in rare diseases, are likely to command record prices in the not-too-distant future.