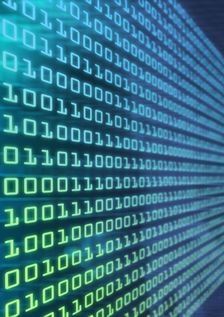 I attended the Global Young Scientists Summit held January 18-23 in Singapore. On Wednesday of that week, a group of eminent scientists sat on a panel titled “Turning Insights into Innovation” and said researchers will achieve the most success by working on questions that excite them intellectually, rather than by limiting themselves to problems with immediate practical applications.

Because government funders of research typically want a return on their investment, scientists are increasingly expected to commercialize their work. But Professor Ciechanover’s discovery of ubiquitin-mediated protein degradation (a mechanism used in cells to degrade and recycle proteins), for example, was purely curiosity-driven.

Professor Levitt, who pioneered computational methods for understanding the structures of biological molecules such as DNA and proteins, said that governments would probably get a much higher return on their investment if they gave scientists the freedom to explore questions that interested them.

“It seems to me that if any one government says we are, from now onwards, going to force all our scientists to have a very clear metric, to be definitely involved in translation – all that would happen is the best scientists would leave the country and that country’s economy will crash,” Levitt said.

The panel also commented on whether the ready availability of big data has changed the nature and practice of science. “I think this is a very big question of whether there is a role now for the individual scientist, or whether you can just go and throw your bait into the ocean of data and some fish will be caught,” said Ciechanover.

Although non-hypothesis-driven research has certainly become a lot easier to carry out, Ciechanover said he doesn’t believe that big data will fundamentally change the nature of scientific thinking. “There is a lot of discussion about the role of big science versus old, classical science, and I think that at the end of the day the pendulum will stop in the middle,” he said.

Professor Goldwasser, whose theoretical work has formed the basis of modern cryptography methods, added that big data presented yet another opportunity for innovation. “[Big data] doesn’t threaten scientists but it does change the landscape. It’s fascinating what you can find,” she said.

Agreeing, Professor Grätzel, who is known for his invention of dye-sensitized solar cells, which are an efficient and low cost alternative to standard silicon photovoltaics, said that original ideas were key to the translation of academic research. “You have to have a unique selling proposition,” he said. “The basic reason why someone would set up a company is that you have something unique to offer.”

Governments and universities must, however, strike a balance between commercializing research and maintaining an environment that still encourages innovation. “When you license something very quickly, you may be lucky but you’re going to kill a lot of nascent technologies on the way,” said Levitt. “You really have to be very respectful of new ideas – startup companies are very delicate objects.”

The conference was organized by the National Research Foundation of Singapore in collaboration with its partners.