The Right Reason for Entrepreneurship 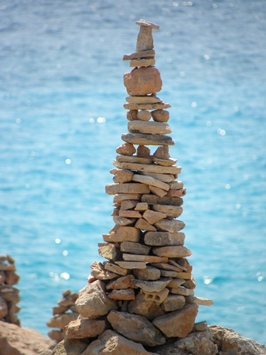 Are you hoping to build something? Consider your reasons.

With academia and industry now sharing closer ties than ever before, young scientists may dream of turning their research into startups. But what should motivate these entrepreneurial aspirations?

At a discussion I attended during the recent Global Young Scientists Summit 2014 in Singapore, a panel of distinguished scientists with industry experience felt that researchers should go into business because they think their work will benefit society, not because they want to get rich.

For Roberts, starting biotech company New England Biolabs (NEB) in 1974 stemmed from practical, rather than financial, reasons. At the time, he found himself inundated with requests from other laboratories for the restriction enzymes he had been isolating from bacteria. He set up the company to handle the distribution of the enzymes and intended for its profits to go back toward funding more research.

“I think you can get into (business) for many reasons. Most people get into it because they want to become rich, and I think this is absolutely the wrong motivation. You should do it because you think it’s going to be useful to society in some way – in my case it enabled a biotech revolution, so I was very happy with that,” said Roberts, who is now NEB’s chief scientific officer.

The panel also emphasized the importance of basic research, even if its applications are not immediately obvious. Zur Hausen, whose discovery that human papilloma viruses cause cervical cancer enabled the development of a vaccine against the disease, said that he has always considered himself a basic researcher. When he first approached companies to persuade them to develop a vaccine, no one was interested because their market research at the time had yielded far from encouraging results. Today, however, the market for cervical cancer drugs and diagnostics is valued at around $11.6 billion, and the sale of the Merck’s Gardasil cervical cancer vaccine crossed the $1 billion mark in 2007.

For all would-be entrepreneurs out there, where should one look for inspiration? Citing the example of next-generation sequencing, Roberts said that the rise of a new paradigm, or a new way of doing things, often sparks a proliferation of novel technologies that could potentially be taken to market.

When an audience member suggested that some fields of research do not lend themselves well to commercialization, Roberts disagreed. “My own feeling is that very often, when you’re doing your own research, if you run into problems and you think, Well, how do you solve this problem? Is there some new technique or some new methodology that would help me to solve this problem? This gives you the basis right there and then for thinking about how it could be commercialized, if you wanted to go that way,” he said.