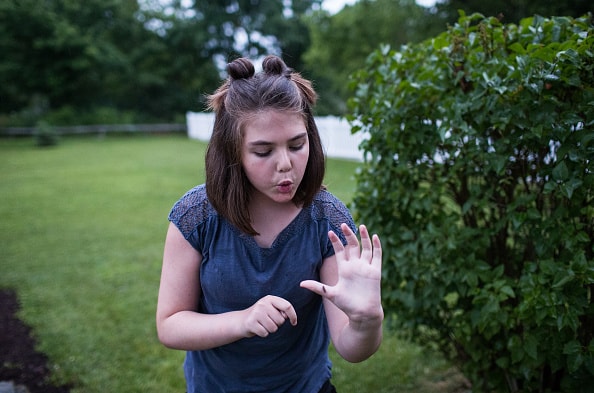 Emily Whitehead, 12, the first child to receive CAR-T cell therapy has been cancer-free for five years.

On July 12, in a historic move, the FDA’s Oncologic Drugs Advisory Committee (ODAC) voted 10–0 in favor of approving CTL019 (tisagenlecleucel), a CD19-targeting chimeric antigen receptor (CAR) T-cell therapy developed by Novartis for treating relapsed or refractory B-cell acute lymphoblastic leukemia (ALL) in children and young adults. The committee’s unanimous backing opens the door to approval of the therapy by the US Food and Drug Administration (FDA) on or before October 3. The US, which has lagged behind Europe in approving both gene therapy and cell therapy, has now taken a lead in adopting an innovative immuno-oncology treatment that combines elements of each modality—and which addresses a real and sizeable unmet need. “It reflects the culmination of many decades of work in several discrete areas, which all came together to help patients,” says Glenn Dranoff, global head of immuno-oncology at Novartis Institutes for BioMedical Research in Boston, which developed the therapy in partnership with Carl June at the Perelman School of Medicine at the University of Pennsylvania, in Philadelphia. A new era of high-tech medicine is about to begin.

The case for CTL019’s approval is persuasive. Its dramatic efficacy—an 82.5% overall response rate in a pivotal program treating highly refractory patients and a 79% survival probability over 12 months—combined with an apparently manageable safety profile, makes the agency’s go-ahead a formality. The arguments in favor of approval are made even more compelling by the limited treatments for the approximately 15% of pediatric ALL patients who relapse after high-dose chemotherapy. Their only option, a hematopoietic stem cell transplant, is potentially curative but remains a high risk. Will CAR-T therapy will be a bridge to, or, ultimately, a replacement for, transplant? “Obviously, we all sure hope it’s a replacement for it,” says Timothy Cripe, professor of pediatrics at The Ohio State University in Columbus, Ohio, and a member of the ODAC panel.

Once it is approved, Basel, Switzerland–based Novartis plans to restrict the initial roll-out of CTL019 to 30–35 accredited treatment centers in the US, all of which will be trained on a comprehensive risk-mitigation strategy that drew high praise from several ODAC members during the hearing. Novartis will provide training to transplant teams on managing cytokine release syndrome (CRS)—which occurred in 81% of patients treated in its pivotal program—and neurotoxicities associated with CTL019 therapy. An authorized Novartis representative will be on site to monitor performance and compliance and to ensure that the correct systems are in place to ensure that only accredited personnel can prescribe CTL019. Depending on the experience gained with CTL019 during the first six to twelve months after approval, the therapy may then be rolled out to additional centers, says David Lebwohl, CAR-T franchise global program head at Novartis.

The geographic spread could be wider, says Cripe, who pointed out during the hearing that the limited rollout could place an emotional and financial burden on families who are not located close to one of the first wave of designated treatment centers. “There are 175 bone marrow transplant centers in the US certified by the US bone marrow registry that have to reach certain standards,” he says. It’s a measure of his confidence within the clinical community that he considers the severe side effects that accompany CAR-T cell therapy to be manageable. “The benefit seems to be so dramatic, it’s worth the risk,” Cripe says. Hematologists, moreover, are accustomed to managing the multi-organ side effects that often accompany allogeneic hematopoietic stem cell transplantation. What’s new is the five-step CRS treatment algorithm, which Novartis developed with the help of clinical collaborator Stephan Grupp, of the Children’s Hospital of Philadelphia.

Although CRS is an on-target effect—the most severe cases are associated with high levels of disease burden—it can be fatal. Grupp’s key observation was that Genentech’s anti-IL-6 antibody Actemra (tocilizumab) is an effective tool in controlling CRS. Only 6% of patients required fourth-line CRS management therapy during the Novartis pivotal program; none required fifth-line treatment. “There were no cases of cerebral edema in this study,” says Grubb. It’s one of the key risks associated with CRS and has dogged the other leaders in the development of CD19-targeted CAR-T cell therapies, namely, Kite Pharma, of Santa Monica, California, and Juno Therapeutics, of Seattle, Washington (Nat. Biotechnol. 35, 492, 2017).

Still, some questions about CTL019’s mechanism and side effects remain unanswered. The causes of the neurotoxicities that accompany CAR-T cell therapy are not fully understood; why a minority of patients do not respond to therapy is not understood either. The dose levels Novartis used in the pivotal study did not appear to correlate with either response, CRS severity or other safety signals, such as neurotoxicity or cytopenia. Novartis has not disclosed the release specifications for CTL019 infusions, but each contains mixed populations of both transduced and non-transduced T cells, representing various T-cell subsets. CTL019 is a living biologic, noted FDA reviewer Xiaobin Victor Lu during the advisory panel hearing. “The T cells in the product can expand and differentiate during the manufacturing process and after administration to patients,” he says. The heterogeneity of the infusions does not seem to compromise the efficacy of the therapy, but several advisory committee members questioned the associated safety implications. “This is one area which could really affect the future of this therapy,” says Larry Kwak, professor in translational medicine at City of Hope, Duarte, California. These questions are likely to stimulate further clinical research, says Dranoff. In addition, Novartis plans to conduct a follow-up study of at least 15 years’ duration, in which patients will be monitored for adverse events, efficacy, immunogenicity, CD19 CAR transgene persistence, the emergence of replication-competent lentivirus, and secondary malignancies associated with insertional mutagenesis.

Dranoff identifies three immediate priorities for Novartis in terms of further optimization of CTL019: simplifying the manufacturing process to enable it to scale up to meet the needs of more patients; extending the therapy to other B-cell malignancies; and extending it to other cancers, including solid tumors. Novartis has already reduced the rate of manufacturing failure, from insufficient expansion of a patient’s T cells, from 9% in the pivotal program to about 2% in recent lots. At commercial rollout, the turnaround time between receiving patients’ cells and infusion of the modified end product will be 22 days, one week less than the average time in the pivotal program. Further process improvements are also underway at Oxford Biomedica, an Oxford, UK–based gene therapy firm, which supplies the recombinant lentiviral vector encoding the CAR components used in CTL019. These include the extracellular CD19-targeting murine single-chain fragment antibody, spacer and transmembrane domains derived from human CD8-a, a human intracellular 4-1BB (CD137) co-stimulatory domain and a human intracellular CD3? T-cell-activation domain. The vector for CTL019 is currently produced with Oxford’s ‘cell factory’ process, a two-dimensional, multi-tray system, but its next-generation platform involves a 200-liter bioreactor. This could provide a tenfold reduction in price “We’re working hard with Novartis to move to the bioreactor process,” says CEO John Dawson. Oxford and Novartis, whose relationship extends back to 2013, recently entered a new three-year supply deal, covering CTL019 and other undisclosed CAR-T cell therapies, which could be worth over $100 million to the UK firm. It will also receive low-single-digit royalties on sales of CTL019 and other CAR-T products.

Looking ahead, Novartis, is gearing up for a filing later this year in diffuse large B-cell lymphoma and is also testing CTL019 in multiple myeloma and, in combination with the Bruton’s tyrosine kinase inhibitor Imbruvica (ibrutinib), in chronic lymphocytic leukemia. (The latter drug is jointly marketed by AbbVie, of North Chicago, Illinois, and Johnson & Johnson, of New Brunswick, New Jersey.)

But it is unclear at this point how broadly the CAR-T concept can be extended. CAR-T cell therapies that target other tumor antigens, particularly those expressed on solid tumors, have lagged behind CD19-directed therapies (Nat. Biotechnol. 34, 1079–1081, 2016). “Have we developed a new treatment for B-cell malignancies or is this a new paradigm for cancer in general?” asks Renjer Brentjens, medical oncologist at Memorial Sloan Kettering Cancer Center in New York and scientific co-founder of Juno Therapeutics. “It not a coincidence, I think, that everyone started targeting CD19.” Finding other tumor-associated antigens that are not expressed on essential tissue is challenging. “This becomes particularly difficult in the area of solid tumor malignancies,” Brentjens says. Patterns of antigen expression on solid tumor cells are more heterogeneous than those on hematological cancer cells, he says. “Immune escape is extremely possible,” he says. The immunosuppressive ‘scaffold’ that solid tumors erect further complicates the picture. “I do think the technology, as it stands right now—I may be wrong—is most likely going to be restricted to a select number of malignancies,” he says.  However, novel CAR-T architectures incorporating additional immunostimulatory features, as well as molecular safety switches, are already in early stages of development. A first CAR-T cell approval this year is likely to energize this research.

The pioneers who brought the technology to its present juncture deserve credit for keeping faith with the concept that the T-cell response is programmable, at least in the sense that the set of biological instructions encoded in an infusion of CAR-T cells can, when its technical specifications are properly defined and the clinical context in which it is deployed is properly understood, lead to dramatic outcomes. Young patients with relapsed or refractory B-cell ALL will be the first to benefit from this innovation; they’re unlikely to be the last. “We need to pause and acknowledge the extraordinary amount of scientific learning that went into this event,” Dranoff says.