Is it the Weather? 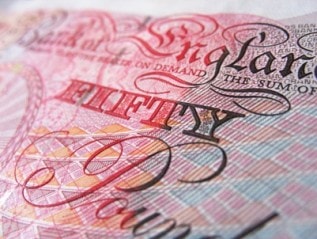 The economies are of similar size, the university networks can also be compared. California boasts the most successful biotech companies, but the UK has failed to produce any significant success—is it the weather?

17 degrees, sunny –San Francisco. The Californian biotechnology industry may be facing some problems, but having a track record of 25% of the USA biomedical pipeline still makes it a huge success story. Interestingly, the biotech community in the Bay area does not just form around Stanford, but also around University of California at San Francisco and around the existing biotech “superpowers”: Genentech, etc.  In short there is a community established and successful in the Bay area, there is not in London.

This means that the development of biotech in the Bay area is supported by experienced investors, management and scientists; over time experience from the likes of Amgen gets ploughed into biotechs of a second generation, and from the second into the third. This is not true across the Atlantic.

4 degrees, cloudy –London. Any successful UK start up is quickly converted into cash through a trade sale rather than developing as a company. While it is possible for each of the interest groups to blame the other – universities to bemoan the lack of finance; investors to moan about the lack of experienced management and management the lack of support, this is not helpful. I suggest we need to be joined in an effort to establish the London area as a powerhouse of biotechnology. In the London area, I include Oxford and Cambridge. We need that level of critical mass to ensure the ideas and the finance come together with a supportive environment, with facilities being key to help move ideas fast from conception to delivery into the hands of doctors for the benefit of patients.

So it is not all about the weather, baseball or cricket, shiraz or Fuller’s Best. Driving from Palo Alto to highway 101 one notices many areas where laboratory space and facilities are available to rent at rents less than 10% of the cost in the London area. The community extends to developers and facility providers, giving the scientific concepts support in the most practical way. Driving out of London on the A13 we see Canary Wharf and shopping centres and further out Dagenham, but where are those cheap and efficient developments to provide the core base?

And taking Sandhill Road from Palo Alto to the freeway I-280 one also notices HP and lawyers and many venture capital offices, built to service the ideas coming from Stanford and the biotech community from Palo Alto to downtown San Francisco. Sadly the M4 corridor out of London does not have the same concentration of venture finance.

In the Californian economy, the biotech industry provides more than 250,000 jobs. A rough figure for the UK would be 20% of that.  Each job for a skilled biotechnology worker is estimated to create almost two jobs in the less skilled parts of the local economy. In the UK, we have the skill base and the financial base to do better. So why not focus on the triangle between London, Oxford and Cambridge, and add some real determination to support companies with high growth potential to see a little more sunshine in an industry with tremendous growth prospects?