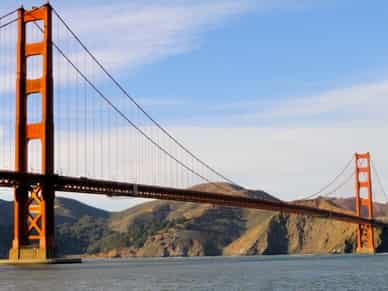 The annual J.P. Morgan healthcare conference was held in San Francisco January 9-12. This was the 30th running, so the meeting has been in existence since before investors needed to consider biotech.

They’re definitely considering it now, with a long list of biotechs presenting to investors, media and other attendees in the Westin St. Francis hotel.  The conference is considered an unofficial kick-off for the industry’s coming year, and it also serves as a chance to take biotech’s pulse. The mood seemed high enough this year, though that was helped by warm San Francisco weather and by two venture capital groups (Canaan Partners and Flagship Ventures) announcing funds. That gives one hope.

I spent a good portion of time having one-on-one meetings in the hotels surrounding Union Square, talking with founder CEOs and serial entrepreneurs.  The early years of a biotech are rife with entertaining, informative stories – tales of no money, small space and a steep learning curve ahead – and most founders enjoy looking back at their beginnings.  (Reminds me of this Bioentrepreneur article by Julian Bertschinger.)

The conversations were mostly off the record, so I’ll leave the names and companies out, but I had one man, a founder of six previous companies with profitable exits, tell me that every time he tries to quit the industry and retire, boredom draws him back because he misses the excitement of building something from scratch. Another told me that when he left his university job for a startup back in the ’80s, it was so unheard of at the time that he was “ostracized” by his peers.  Another told me he left venture capital for his current company because he honestly felt it could be a game-changing technology, and he wanted to be a part of it.  That’s not a particularly novel thing to hear from a CEO, but the point is this: he’s thinking big, as most entrepreneurs do.

Most entrepreneurs also seem willing to gamble for the sake of something different.  Most like the idea of being their own boss, and they are confident in their abilities.

These intangibles of entrepreneurs – risk taking, gamblers, fearlessness – they’re key elements.  I’ve worked at established companies my entire professional life, so my guess is I’m not a gambler when considering my career.  But I bet many of you are.

* For a much more in-depth look at JPMorgan, complete with bullet points and advice, see Bruce Booth’s post on his blog, LifeSciVC.