To create a living cell from scratch is a big challenge not only in the field of Synthetic Biology but also for science in general. We can now create cell-mimics by combing molecules and genes that are necessary for maintaining of life activity of cells. In fact, we can reconstruct the process of gene expression inside a limited space of membrane vesicle in which a gene encoding the protein of interest and a cell-free system that can perform transcription and translation are encapsulated. Several cellular functions have been reproduced by reconstituting biochemical process1-3, but the energy producing system has not been reconstructed and implemented in the artificial cell system. In the conventional artificial cell system, ATP is encapsulated as an energy source and just consumed unidirectionally for the internal protein expression reaction. If the artificial cells can produce energy by themselves, they can evolve in an energetically-independent system, just as the cells doing, and we believe this is a cool idea.

A functional combination of ATP synthase and bacteriorhodopsin (bR) was the practical idea for that. The coupling of these proteins is, to be honest, not a new idea. It has been studied for long, originally as an assay method to determine the ATP synthesis activity of ATP synthase4. Once ATP synthase and bR are located at same liposome, you can generate a proton gradient between inside and outside of the liposome by light and drive ATP synthase (Fig. 1a). We have succeeded to reconstruct such artificial organelle ten years ago. However, the fundamental problem remained that the produced ATP was consumed by the reverse activity of the ATP synthase after one hour reaction. Thus, this project has been pending for a long time. One day, one of my friends, Dr Kazuhito Tabata (The Univ. of Tokyo) who is a specialist of ATP synthase, gave me an advice “why don’t you use azide?”. He taught me that sodium azide strictly inhibit the ATPase activity of ATP synthase but not ATP synthesis. We immediately tested it to our system and found that it works. Surprisingly, the ATP synthesis activity continued for hours that resulted in a sufficient amount of ATP to drive other biochemical reaction.

Next, we tried to use the photosynthesized ATP for protein synthesis. To test if the photosynthesized ATP drives translation, we must remove ATP from the cell-free system. This is very difficult as far as we use a cell extract-based cell-free system, but it is possible only in the use of a reconstructed cell-free system. This is the reason why the PURE system is used in the designed artificial photosynthetic cell. Since the PURE system is reconstructed from individual enzymes, ribosomes and factors, we can fully modify the reaction composition. The result showed GFP was photosynthesized within artificial cell (Fig. 1b). In this respect, it can be said that we had an advantage for this research.

During when we were preparing the manuscript, an interesting paper was published from Nature Biotechnology by Lee et al.5 in 2018. They developed an artificial organelle, which is almost the same as our system, and encapsulated inside giant unilamellar vesicle. In that study, the photosynthesized ATP were consumed as energy for actin polymerization inside the vesicle as well as carbon fixation. It was a bit surprising for us, but at the same time, we were confident that our idea is not irrelevant.

After we succeeded the GFP synthesis by the photosynthesized ATP, we got a funny idea that we bring the artificial photosynthetic cell to a real environment. The summer in 2018 was unusually hot in Japan. We made an artificial pond in a small tub and brought it to the roof terrace of our institute building on a super sunny day. We put an eppendorf tube containing our artificial photosynthetic cell sample on the water, and gave sunlight and hot ambient temperature (Fig. 2a). After half a day, we brought back the sample to the lab and found the successful GFP synthesis inside the artificial cell (Fig. 2b). This is the first successful example that an artificial cell jumped out of the laboratory and synthesized a protein using the light in the environment as energy. We believe that the meaning of this result is not small in the field of artificial cell research.

Finally, we tried to photosynthesize components of the artificial organelle. We were convinced that the experiment of bR photosynthesis would work because we had many fundamental data about the cell-free synthesis of bR. When we found that the ATP photosynthetic activity of the reacted artificial organelle was improved by the newly photosynthesized bR, we felt that this research had gained another meaning, i.e., self-reproduction. Actually, what happened in this artificial system is exactly that of the Autopoiesis proposed by Maturana and Varela6. We were excited about writing manuscript and submitting to Nature Communications. But the comments from the reviewers and the Editor were not so easy. They suggested us to photosynthesize not only bR but also ATP synthase. We were a little desperate because, while there is only one component gene of bR, there are eight component genes of ATP synthase. And the stoichiometry of the subunit proteins constructing ATP synthase is well defined as a3b3gedab2c10. We know that we have less chance to synthesize and regulate these proteins by photosynthesis. In fact, we could not. Therefore, we shifted to focus on only the membrane part of ATP synthase and tried to photosynthesize only a, b, and c-subunit membrane proteins. After the photosynthesis reaction, we found that the activity of artificial organelle was enhanced 1.4-fold. We believe that we could show that our system is running in the structure of a positive feedback loop and that our designed artificial organelle is applicable as a sustainable energy generation system of artificial cell. Of course, now we appreciate the suggestion by the reviewers and editor so much.

Our photosynthetic system can be applied for all the biochemical reactions which use ATP and also for the development of light-sensing bio-devices based on the artificial organelle and vesicle. The artificial photosynthetic cell evokes us to dream that there may have been such creatures a long time ago before modern cells emerged. “Do artificial cells dream of primordial cell?” 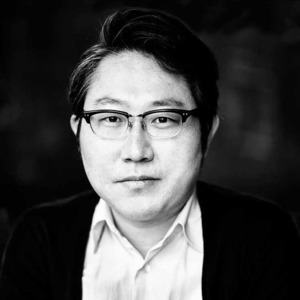