In human cells, more than two meters of DNA are squeezed in an organelle — the nucleus — that has a diameter six orders of magnitude smaller. How can we study this complex packaging problem? One approach is to use DNA Fluorescence in situ Hybridization (a.k.a., FISH), a microscopy technique developed more than two decades ago by which one or more genomic regions, or even entire chromosomes, are visualized directly inside the cell nucleus. The magic behind DNA FISH is that, when fixed cells are heated for a short time in the presence of denaturing agents such as formamide, the DNA helix opens up so that a set of short DNA pieces added to the cells from outside can bind to their exposed complementary sequences in the genome. These DNA fragments, which together constitute so-called FISH probes, are chemically attached to fluorescent dyes, so that the location to which they bind in the nucleus ‘lights up’ when cells are observed with a fluorescence microscope.

Cytogeneticists have long used DNA FISH to study chromosome rearrangements, such as translocations, in inherited diseases and in cancer. But DNA FISH has also played a crucial role in a different field — genome organization. Indeed, DNA FISH has been instrumental to confirm the hypothesis originally proposed in 1885 by Car Rabl that, in interphase nuclei, chromosomes form discrete masses now known as chromosomal territories1. Since then, dozens of research groups have harnessed DNA FISH to study various aspects of chromosome structure and explore how chromosome territories are spatially arranged in the nucleus. But, as the range of DNA FISH applications expanded, one bottleneck continued to persist: how do we create specific FISH probes targeting as many genomic regions as possible, in a simple and efficient way?

Initially, DNA FISH probes were obtained by cloning a genomic region of interest in specialized vectors (for example, bacterial artificial chromosomes), and then chopping the cloned genomic region into multiple short DNA fragments that were subsequently labeled with fluorescent dyes. Although still being used — including by companies that sell DNA FISH probes for diagnostic applications — this approach is very time-consuming and challenging to set up, especially for labs that are not specialized in FISH techniques. This was the motivation for us to develop, back in 2011, high-definition DNA FISH or HD-FISH2, a more versatile and user-friendly approach to generate DNA FISH probes based on the universally available polymerase chain reaction (PCR). One limitation of HD-FISH, however, is that PCR products, like cloned DNA fragments, consist of two complementary DNA sequences, which compete for each other in the presence of their exposed genomic DNA target. In contrast, DNA FISH probes made of single-stranded DNA fragments can bind to their complementary target in the genome much more efficiently. This was the motivation for other groups to develop DNA FISH approaches based on the use of single-stranded oligonucleotides as FISH probes. But how can we generate oligonucleotide probes in the first place?

In 2013, back-to-back with our HD-FISH publication, the group of Ting Wu at Harvard reported a method to produce DNA FISH probes for whole-chromosome staining, named Oligopaints3. In short, the method uses very small quantities of synthetic oligonucleotides, which are first amplified and converted to double-stranded DNA by PCR, then converted to single-stranded RNA by in vitro transcription and reverse transcribed, and finally converted again to single-stranded oligos. In addition to the production of Oligopaints, this method has recently been used to generate complex pools of hundreds of different oligo species, serving as probes in a highly multiplexed RNA FISH technique named MERFISH4,5. Would it be also possible to use this approach for producing hundreds, or even thousands, of individual DNA FISH probes, each targeting a specific locus along a given chromosome in the human (or any other) genome? Such probe collection, made publicly available, would represent an empowering resource for the genome organization community, enabling researchers to study diverse aspects of chromosome and genome structure that cannot be approached using conventional DNA FISH probes.

It was with this question in mind that, in 2015, we began an exciting journey that eventually led us to developing iFISH, an open-source repository of DNA FISH probes and probe design tools which we now report in Nature Communications. We first modified the protocol originally described for producing Oligopaints and MERFISH probes, and established a high-throughput platform that allows generating hundreds of oligo-based probes in parallel. In parallel, we also created a genome-wide database containing more than 27 million unique 40 nucleotides-long oligo sequences, which can be used to design FISH probes essentially anywhere along the human genome. To maximize the usability of our database, we built a freely accessible web interface, iFISH4U (http://www.ifish4u.org), that allows designing oligo probes in any region or combination along a given genome of interest. This means that, in addition to the oligo database we created, iFISH4U can accept as input any other oligo database — for example, oligo databases created with OligoMiner6, an open-source software recently developed to facilitate the design of Oligopaints.

Using these tools, we created a repository of almost 400 probes, targeting regions of approximately 7 kilobases, evenly distributed all along the human autosomes and chromosome X. In a large effort, we individually tested more than 150 probes in our repository, and were able to show that these probes detect their targets with high specificity and sensitivity. We then pooled all the probes targeting the same chromosome, in order to visualize each chromosome as a cloud of fluorescence spots — an approach which we name ‘chromosome spotting’. Using this strategy, we visualized multiple pairs of different chromosomes in hundreds of human fibroblasts as well as embryonic stem cells (hESCs). Using a newly developed analytical approach that takes advantage of the dotted nature of FISH signals produced by chromosome spotting probes, we were able to quantify how much different chromosomes in a pair mix with each other — a phenomenon known as chromosome intermingling, which has long been disputed in the field7–11. We analysed 31 chromosome pairs in fibroblasts and 15 pairs in hESCs, including 6 of the pairs visualized in fibroblasts. Our results showed us that in hESCs the frequency of intermingling between different chromosomes is considerably higher compared to fibroblasts, which was so far unknown. This difference might reflect the more open and dynamic chromatin landscape of hESCs, which is associated with pluripotency.

We are now continuously expanding our probe repository, aiming to cover the entire human genome by adding probes every megabase along each chromosome. But our efforts will not stay limited to DNA FISH, since the same approach used to generate probes for DNA FISH can easily be adapted to produce oligo probes for visualizing single RNA molecules using RNA FISH. Indeed, we are now beginning to create a comprehensive set of RNA FISH probes targeting all the human protein-coding genes, and soon after will do the same for the mouse genome and other relevant model organisms.

In conclusion, we have established a resource that we believe will greatly accelerate the use of DNA FISH in the field of genome organization and beyond. Inspired by the success story of Addgene — a non-profit repository collecting and distributing plasmids to researchers worldwide community — we will make all our probes available to the research community, but also to cytogeneticists in need of visualizing specific genomic loci for which commercial probes do not exist. So, if you want to start doing DNA FISH and you need probes and expert advice, all you need to do is contact us at ifish4u.org@gmail.com. We look forward to help you! 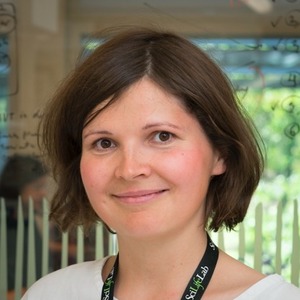