Cell-free protein synthesis has become an increasingly ‘hot topic’ within the greater synthetic biology over the last five to ten years. While some excellent papers had been published looking at its potential to create new biosensors, we felt that they had only begun to scratch the surface.1–3 Thus almost two years ago we began a collaboration to bring some of the cell-free technology that I had been playing with in Montpellier to the Sensipath metabolic networks that our collaborators had previously created outside of Paris.4 The goal was to see if we could improve upon their hybrid metabolic biosensor design by bringing the system outside of the cell where we had a greater degree of control.

Early on we recognized that one of the benefits of a cell-free system is the lack of a physical barrier between the protein producing machinery and the pipet. This meant that we had a level of control in titrating DNA concentration that would be impossible to achieve in living cells. Additionally, as we did not need to worry about separate antibiotic resistances for each plasmid we introduced, we were free to separate each component of the system into a different DNA plasmid so we could individually calibrate the concentration of each one. We applied these benefits to optimize sensors obtained from our Sensipath algorithm5, which searches through large databases to find metabolic enzymes and transcription factors to detect the compound of interest, and devised a workflow for sensor design and optimization (Figure 1). 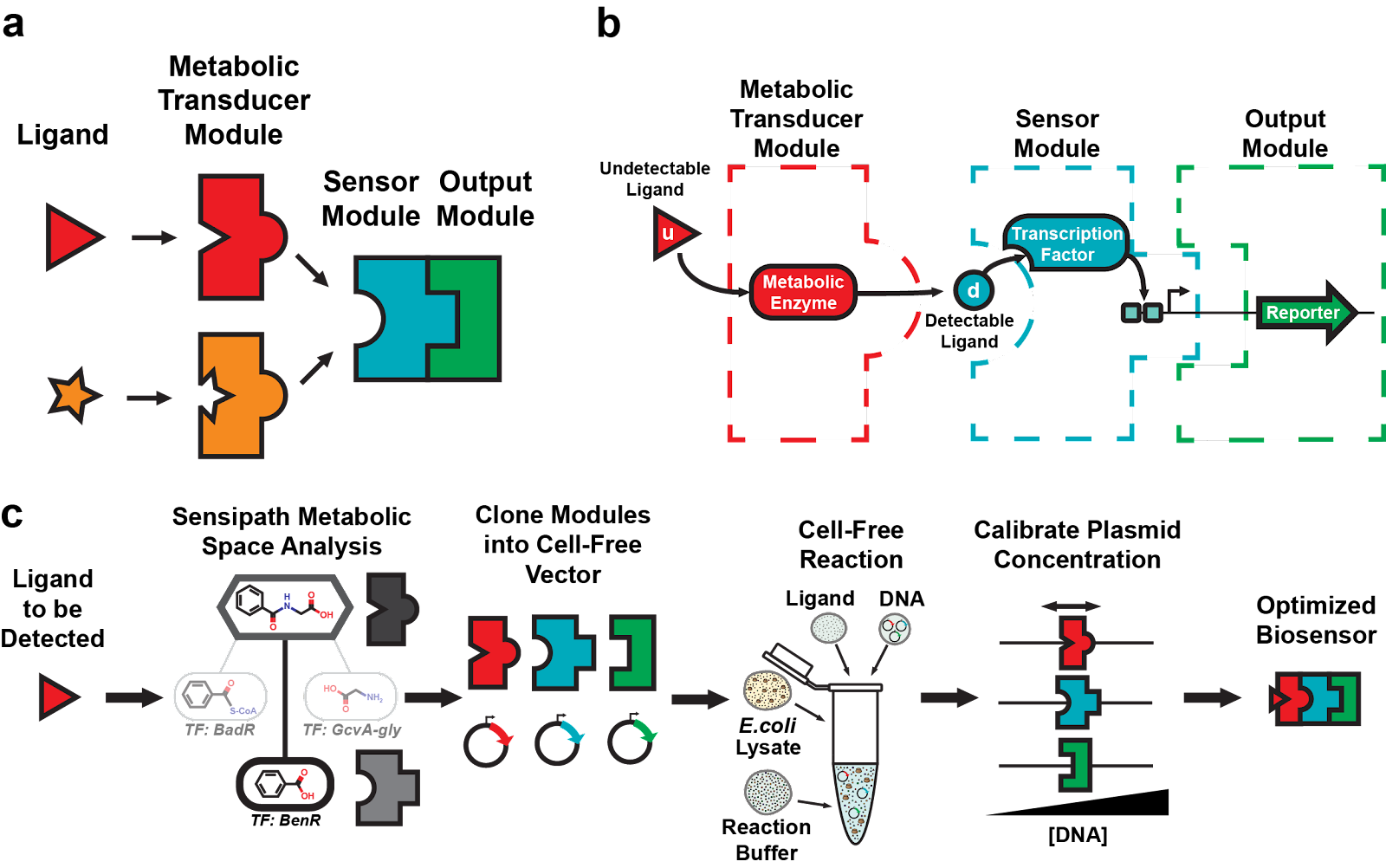 Figure 1. Workflow for engineering cell-free biosensors. a) Previously ‘undetectable’ ligands can piggyback off of pre-optimized biosensors using metabolic transducer modules. b) A metabolic enzyme converts the ligand into one that is recognized by the transcription factor and output module. c) The workflow consists of: i) determining which metabolic transducer and sensor modules to use via our Sensipath algorithm; ii) cloning each component into a cell-free vector; and iii) calibrating the concentration of each plasmid in cell-free reactions to optimize the biosensor.

As a proof-of-concept for our sensor design, we engineered three biosensors: one for benzoic acid, using the transcription factor BenR, and two hybrid biosensors for hippuric acid and cocaine that use the enzymes HipO and CocE, respectively, to convert their substrates to benzoic acid that is then detected by BenR. After optimizing the concentrations of DNA plasmids, we found that our sensors could perform significantly better than their in vivo counterparts, with fold changes ~20x higher and over an order of magnitude larger dynamic range. Excited with our results, we submitted to Nature Communications and eagerly awaited the results from reviewers.

While the reviewers were impressed with the system, they felt that a ‘real-world application’ was necessary to demonstrate our technology. Thus, with the three-month clock ticking to resubmit the paper, we sought to show said application. Scouring the literature, I learned that benzoic acid and other benzoate derivatives are frequently used by the food and beverage industry as preservatives. Writing down any food products that sometimes contain benzoic acid (from beer to mayonnaise), I ran off to the grocery store within walking distance of the lab to wander through the aisles with my list in hand. After returning with a cornucopia of food and drinks, I made several dilutions (requiring some modifications to pipet tips to transfer mayonnaise and strawberry jelly) and tested them in our benzoic acid sensor (Figure 2). Some of the products produced slight signals, but nothing that was overwhelmingly convincing. Returning to the internet, I discovered that Orangina® and Monster® energy drinks frequently contain benzoic acid and sodium benzoate. A second trip to the store revealed that indeed ‘acide benzoïque’ was listed among the ingredients. Having gathered ten different beverages from two similar subsets that either contained or did not contain benzoates, we were thrilled that we could detect their presence with 100% accuracy in only one hour as well as quantify their levels after four hours, which we confirmed via liquid chromatography-mass spectrometry (LC-MS).

Similar efforts led to us to detect and quantify endogenous hippuric acid in human urine samples as well as to detect cocaine spiked in urine at clinically relevant levels. While there is still some interference from undiluted samples in our cell-free reactions, we have been impressed at the robustness of the system to continue to function and detect our desired molecules of interest even in complex samples. We hope that our system for optimizing cell-free biosensors helps bring to the forefront this increasingly popular technology for creating the next generation of low-cost, portable diagnostics. Figure 2. Detecting benzoic acid in food and beverages. a,b) We procured a wide range of food and beverages that sometimes contain benzoates as preservative to test if our biosensor would respond to them. c) Later, we found some beverages that specifically listed benzoic acid (‘acide benzoïque’ en français) or sodium benzoate in the ingredient list. d) To our pleasant surprise, all of the drinks that listed benzoates in the ingredients gave a strong response when added to our biosensor in only one hour while similar beverages without benzoates showed no response. 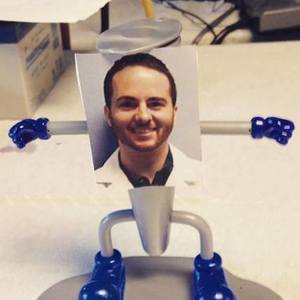