Reimagining immunohistochemistry: from looking at to seeing stains

Conception: a few gradients from the comfort zone.

IBM-Zurich has a long tradition of developing new scanning probe microscopy techniques. Continuing in this vein, a few years back our team developed a variant of a scanning probe, termed the microfluidic probe (MFP), that operates in liquid environments. The main benefit of the MFP is its ability to localize bio-chemicals on surfaces on a micro-meter scale without requiring external walls. As expected, this led to a wide range of uses in surface chemistry. Since we were probing different scales than our atomic counterparts, a perhaps more relevant scale for implementing of the methods was within the biological realm, something which was very unconventional for our team. Inevitably, after a few focused efforts we made our foray into pathology for tumor profiling.  We used the MFP to deposit antibodies on a tissue surface and achieved multiplexing on a single tissue. We wanted to leverage the capabilities of our probe-technology to find the best incubation time for antibodies on a particular tissue. We implemented gradients of antibody incubation times (Fig. 1A) with the MFP to reduce the rates of false positives and false negatives in diagnosis. What we didn’t expect was that this supposedly simple question would turn into a three-year journey focused on addressing a major limitation to immunohistochemistry (IHC): the quantification of the number of expressed antigens on a tissue.

IHC is an immunoassay performed on a tissue section derived from a patient biopsy. It is used to determine the antigens expressed on the tissue, in the hope that it will guide a clinician towards a better patient diagnosis. Nowadays, IHC is extensively used in all hospitals around the world to diagnose a variety of diseases and determine the treatment of a patient. However, IHC is a victim of its own success. Since it is an easy technique to perform and relatively tolerant to a wide range of conditions, its protocol has been extensively modified among users. It was not until the advent of molecular medicine that the community realized the importance of having quantitative and reproducible results in patient samples. For this reason several organizations started working towards standardizing IHC1 over the last few years. However, quantification is one of the parts of the IHC protocol that is still based on discrete scores and relies heavily on the experience of a pathologist.

Now that we have the context, let’s get back to the work presented in our paper. It was already during the first experiments with antibody gradients that we observed something interesting happening. We had initially used antibodies against HER2 and p53, because of their link to more aggressive tumors2. When we plotted their signal against time, we saw that different tissues presented different behaviors of the gradient (see an example of such a plot in Fig. 1B). Were we seeing an artifact as a result of the use of DAB (the product of the enzymatic reaction that allows visualization of signal) or was there more to it? Driven by curiosity, we decided to test our gradients more systematically on cell-blocks with a known antigen concentration of HER2, i.e. SKBR3 for high expression, BT474 for medium expression and MCF7 for low expression. Our excitement only increased after repeatedly observing differences in the behavior of the signal depending on the expression of HER2. However, seeing these differences was not enough; we wanted to quantify them. At this point we had realized that if we were able to quantify the differences, that would give us a method to quantify antigen expression on tissue sections.

Understanding serendipity and creating a new metric for protein quantification.

Our first metric for protein quantification consisted of evaluating the time required to saturate the signal as a metric, because we believed that saturation would happen when the concentration of antigen and antibody would be in the same range. Nonetheless, a theoretical analysis of the antigen-antibody kinetics quickly disproved that first hypothesis. Time to saturation was independent of antigen concentration. So why were we seeing differences? The key was analogue to a self-motivation quote: focus on the journey, not on the destination. Or more specifically: although the saturation time will always be the same, the way saturation is approached may not be the same. Thus, what we needed to evaluate for our metric was not the time to reach saturation, but how saturation was being approached. This is how we established our metric, the saturation approach matrix (SAM). We figured that the best way of comparing curves was to look at the time required to reach pre-selected slopes (e.g. times needed for the saturation curve to reach slopes of 5°, 10° or 30°). This way, we generated a matrix of different angles (Fig. 1C), through which we could see the evolution of the curve. To understand the magnitude of this value, we had to compare it to well-established cell lines of known IHC scores. The use of this metric has three main advantages: a) it is continuous, b) it reflects an actual chemical phenomenon, i.e. the binding of antigen to antibody, and c) it can easily be correlated to current scoring methods, thus being more intuitive for medical professionals (see Fig. 1D for an example of a scheme that a medical professional would see).

Figure 1. a) If a gradient of antibody incubation time is performed on a tissue with a different score (e.g. HER with scores +3, +2 and +1), the intensity of stains will be different. b) A Langmuir kinetic equation is fitted to the intensity and the time values for a certain slope (here 5°) are extracted. c) The slope is represented in a matrix together with references to determine the value for unknown tissues.  d) Simplified way of representing the information in c for several proteins and giving information about tissue heterogeneity.

We tested the SAM metric on tissues with known protein expression and after observing the positive correlations, we were ready to do a blind testing of tissues with expressions unknown to us. In this test, we easily classified tissues based on their HER2-score. Not only were we able to show differences between different tissues, but we could also detect contrasting differences in expression within the same tissue, reflecting the heterogeneity commonly present in many human tumors.

This is how our project to find the optimal conditions for staining developed into one to quantify antigens for a technique that has proven to be difficult to tame. Nonetheless, we must not forget that this work only tackles one of the many facets of IHC that still need to be optimized to obtain a highly reproducible technique. Aspects such as tissue fixation or antibody validation are also critical for a proper understanding of antigens present on the tissues and are part of an ongoing journey. Quantification of antigens is, however, a crucial step in unifying scoring among hospitals and reducing subjectivity during the analysis, something that can potentially reduce errors in diagnostics.

With this work, we hope to reinvigorate discussions in the community. We also hope that the metric we developed can be implemented as a tool to aid the quantification of antigens more routinely in clinical settings. 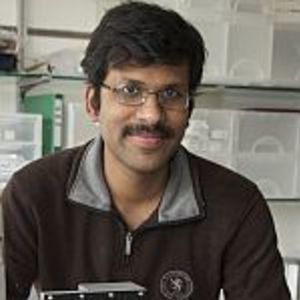