A last resort phage cocktail was given to a teenager sent home with a palliative care plan.
Ben Libberton
Science Communicator, Freelance
Follow
Like Liked by Olivier Zablocki and 1 other

Clinical use of engineered bacteriophages for the treatment of disseminated mycobacterial infection.

Reading the paper in Nature Medicine was genuinely heartbreaking. A poor teenage girl had suffered with cystic fibrosis all her life and underwent a lung transplant. From then on, an infection that had been a constant threat throughout her life began to spread to her liver and erupt through her skin. After failed treatment with antibiotics, she was sent home with a palliative care plan and there was a very high chance she would die.

It was at this point that phage therapy was introduced. The bacteria isolated from the patient were used to screen a huge library of phage. One was immediately identified as a candidate.

This isn't great for phage therapy. One phage means resistance will develop quickly. To find more candidates, the research team engineered two other phage that showed limited killing of the Mycobacterium abscessus strain. They were able to increase the efficiency of lysis by knocking out genes that represses the lytic cycle. This gave the researchers a cocktail of 3 phage that were genetically distinct which vastly reduced the chances of resistance developing.

Introducing potentially lysogenic phage into a patient does seem a little risky. The effects of chromosomal integration are unpredictable. However, in this case, what are the chances they could have made the situation worse? Also, having 3 phage that have shown strong lytic activity in vitro significantly reduces the risks associated with lysogenic phage.

This was such a hopeful paper to read, but it's worth noting, the same cocktail of phage failed to save another patient who ultimately died. The strength of this approach is not just that phage were used, but that the treatment was extremely personalised. The phage were isolated and even engineered to combat a single infection.

What does the future hold in that case? A single clinical case study doesn't really mean much on its own and the widespread consequences of using phage are unknown. But surely given the state of antibiotic resistance, phage therapy is a worthy avenue to seriously explore.

Ben Libberton
Science Communicator, Freelance
Follow
I'm a freelance science communicator, formerly a Postdoc in the biofilm field. I'm interested in how bacteria cause disease and look to technology to produce novel tools to study and ultimately prevent infection. 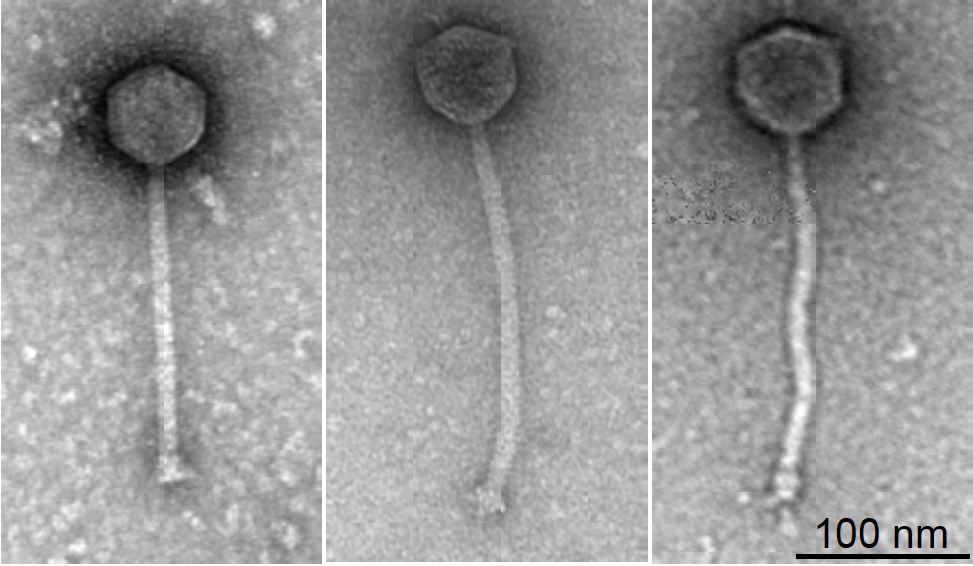 A last resort phage cocktail was given to a teenager sent home with a palliative care plan.