T cells have evolved over thousands of years to become crucial players in fighting infections and cancer. Over the last decades, the power of T cells has become particularly evident through the immense success of T cell-based immunotherapies.

Yet, while natural T cells in the form of tumor-infiltrating lymphocytes or virus-specific T cells have been key contributors to the immunotherapy success story, the therapeutic efficacy of T cell receptor (TCR) engineered T cells has not met expectations. T cells ‘see’ their target through the TCR, and by that the TCR determines the timing and amplitude of proliferation, differentiation, effector function and finally also death during the course of an immune response. A T cell is a T cell through its unique TCR.

Shortly after the identification of the first TCR sequences in the 1980s, experiments to redirect T cells via insertion of a new TCR were initiated. This was exciting and proved invaluable for research addressing both basic immunology and T cell therapy. Although conventional TCR editing (e.g. by viral transduction) also has certain caveats, it has remained the gold standard until now.

As T cell immunologists, we knew how powerful natural T cells were. But as biomedical engineers, we were unhappy with the available options for re-direction of T cell specificity by TCR editing.

Through viral transduction, a new TCR code is only added on top of the existing, endogenous TCR. Competition between the transgenic and the endogenous TCR, as well as mispairing between individual chains (the TCR is a heterodimeric receptor consisting of an alpha and a beta chain) can cause problems. Researchers therefore started to knock out the endogenous TCR with tools like Zinc finger nucleases and later also CRISPR/Cas9.

The interaction between inserted and endogenous TCR chains is, however, not the only limitation of former protocols of gene editing. Transduced genes are semi-randomly inserted into the genome and therefore need additional extrinsic promoters to drive their expression. Natural TCRs, however, are subject to dynamic regulation during an immune response.

The advance of CRISPR catalyses biomedical engineering like no other previously developed tool. It makes things possible that were so far considered to be a very long shot. As we learned how precise and versatile CRISPR-mediated editing is, even our most distant vision felt within reach:

Insertion of the TCR code directly into the endogenous TCR locus.

This would place the gene into the ‘right-locus’ (‘ortho-topic’), thereby not only knocking out (‘replacing’) the endogenous TCR, but also positioning the transgenic TCR so it would be regulated just like the natural TCR. To us, killing these two birds with one stone was an exciting prospect.

Now that we know that this is possible, here’s the crunch question: Will T cells engineered by orthotopic TCR replacement really perform better? Well, it probably depends. Physiological T cells do an amazing job. Thus, engineered T cells with near-physiological TCR regulation do not seem like a bad starting point. For specific clinical scenarios additional tweaking may be useful to improve therapeutic efficacy and safety. After all, the era of CRISPR T cell engineering has just begun. 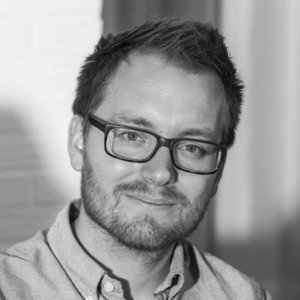