A major challenge in synthetic biology projects stems from a lack of prior knowledge about how to optimize metabolic flux toward the chosen product. We, therefore, established a high-throughput cloning method, called COMPASS, to balance the expression of multiple genes in the yeast Saccharomyces cerevisiae.

The budding yeast Saccharomyces cerevisiae is a synthetic biology workhorse often used to assemble pathways for the intracellular formation of high-value chemicals. However, the production of only a few chemicals in microbial cell factories has reached the industrial level till now, in part because pathway engineering requires tuning the expression levels of individual genes in a metabolic pathway which often is a cumbersome undertaking. This difficulty largely stems from the lack of well-defined computational models for a predictive calculation of required expression levels of the genes. As a consequence, a large number of synthetic DNA constructs must be generated and analyzed to identify the best combination of expression levels of all genes involved. Therefore, smartly designed experimental methods to simultaneously assemble diverse constructs from parts, so-called combinatorial methods, are highly demanded. Moreover, coupling combinatorial optimization methods with metabolic biosensor technologies allows lighting up the best producers at the single cell level in the huge libraries established. Further achievements in this area have the potential to revolutionize the transition from the laboratory to the industry (Figure 1).

To address this largely unmet technical need, we developed COMPASS - COMbinatorial Pathway ASSembly – a method for balancing the expression of heterologous genes engineered into S. cerevisiae. COMPASS allows building tens to thousands of different plasmids in a single cloning reaction tube. The current version of COMPASS employs nine inducible artificial transcription factors and corresponding binding sites (ATF/BSs) covering a wide range of expression levels from our previously reported library of 106 plant-derived regulators1 and is designed for pathway assembly via three cloning levels, i.e. Levels 0, 1, and 2 (Figure 2). To facilitate the detection of correct part assemblies, we employ a positive selection scheme for both, the in vivo and in vitro cloning procedures. To achieve this, we included non-functional genes (lacking a functional promoter) of E. coli and yeast selection markers in the cloning vectors. We then provide the missing sequences of the selection markers within the inserts that we integrate into the vector. Cells transformed with successful part assemblies can then grow on media containing appropriate selection markers. Moreover, we equipped COMPASS with a multi-locus CRISPR/Cas9-mediated genome editing tool2 to reduce the turnaround time of genomic manipulations. This allows us to generate libraries of stable yeast isolates with a complexity of millions of different parts combinations by performing just four cloning reactions, followed by the decupled integration of the generated cassettes into the yeast genome (see Level 1 in Figure 2).

We demonstrate the versatility of COMPASS for balancing gene expression by generating a library of ‘Narion’ isolates which co-produce beta-ionone and biosensor-responsive naringenin3. We are excited about utilizing COMPASS in other synthetic biology projects in the future, such as e.g. the building of multi-subunit protein complexes, synthetic organelles or artificial gene regulatory networks. Moreover, the strategy we employed in COMPASS, including its synthetic transcriptional regulators, can be implemented for combinatorial optimization in other microbial cell factories, e.g. the methylotrophic yeast Pichia pastoris, which is often used in biotechnological applications.

By Gita Naseri and Bernd Mueller-Roeber 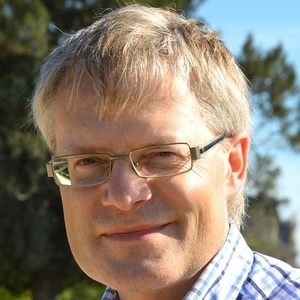