To mark International Women in Engineering Day on June 23, Julie Audet, Professor in Biomedical Engineering and Vice Dean of Graduate Studies at the University of Toronto, pays tribute to key mentors in her career.

Almost two years ago, I underwent a drastic change in work environment as I somewhat reluctantly left behind my office in a biomedical research center on campus for a new office in the administrative headquarters of the Faculty of Applied Science and Engineering known as “The Dean’s House.”

This move across campus yielded some immediate benefits, some unexpected to me. First, I had an ideal vantage to see a leader in action champion hundreds of women in Engineering across the world. Professor Cristina Amon, our outgoing Dean, is far more than a world-renowned researcher in Bioengineering. For the past 13 years she has led a large-scale operation of re-engineering education, research, advancement, recruitment and mentorship. Through the glass walls of her boardroom, I can see a succession of diverse people in various roles coming in and out every day.

Among the visitors are a large number of pre-tenure female assistant professors from various engineering disciplines, who show up regularly for mentorship and to exchange information. I can't help but notice many of the same people naturally gravitate to the Dean at our Faculty-wide events. During the past year, I have heard many speak with emotion about her legacy, courage and the support she offered them. I realized that we have come a long way over her 13-year term.

A few months ago, I was taken by surprise when a former graduate student of the Faculty suggested that it must have been hard for me to be a female professor in Engineering. I am not sure if this was a reference to my vintage and how the student imagined how things were for women when I was at her career stage. I could not express anything beyond the thought that academic research in itself was difficult. I was the first in my family to complete an undergraduate degree in STEM, let alone a PhD.

It may come as no surprise that based on my background, I could have used helpful advice on a daily basis for navigating academia and biomedical research. However, I must admit, during most of my career, I have not been as proactive as I might have been to seek it out. I have not been naturally inclined to view the good and bad at work through a gender lens, but the comment from the student prompted a reflection on how key peer mentors might have impacted my academic career in Engineering.

Around the time I completed my PhD, Engineering faculties were becoming very serious about improving the number of female professors, and this had surely helped me get a faculty position in the first place — and maybe a few other privileges.  However, compared with the present time, there was less appreciation of the need for peer support, less discussion around unconscious bias and its impact on retention and success in the workplace. In the rarefied air of the institutions I attended, I believe I have been exquisitely sensitive to my relationships with the few female power figures around me and, when these were constructive, they consistently provided the greatest rewards.

While it may be hard to imagine in the current climate, I obtained an academic position prior to completing a PhD, and with a postdoctoral position still to be undertaken. My relationship with my two PhD supervisors had certainly a determining impact. Professor Connie Eaves — the recipient of the Canada Gairdner Wightman Award this year — co-supervised my PhD research. Dr. Eaves was trained as a biologist, not as an engineer, but a few years before I began my PhD studies, she had the foresight and vision to start collaborative research projects on stem cells with engineers and, from that point, she contributed to the success of many women in academic research in Bioengineering. Given the nurturing upbringing I received during my PhD, when I entered academia after a short postdoc, I likely had an unspoken presumption that my peers in leadership positions would expect a lot from me but, in turn, that they would also try to look after me. So this was going to be an interesting journey….

Nearly, twenty years after starting my PhD, I am a tenured Professor with nearly two years as a senior academic administrator. When I was selected for the Vice Dean position, I must admit I had a bout of imposter syndrome. Even though I had spent the previous five years as Assistant Director of Graduate Studies of the Institute of Biomaterials and Biomedical Engineering and just recently launched a new Master’s of Engineering program, a part of me was still worried I got the job just because there were so few women in these posts. A little part of me was wondering if I would be parked in this new office and be ignored until I achieve something extraordinary and prove that I belong to the pack.

In reality, speaking very personally, Dean Amon demonstrated a genuine and holistic interest in my career and always provided useful insights for my administrative and research portfolios. She became my greatest advocate at a turning point in my career and has insisted on fair and unbiased evaluations of all who work in our Faculty. This expectation is particularly meaningful to me because I know how one can lose a few feathers when trying to stand up for others. To my surprise, just like the graduate student I mentioned earlier, I started imagining the many challenges she must have overcome to reach her current position. Perhaps those challenges are what made her such an amazing, determined and empathetic leader.

I discovered that my two key mentors, Dr. Eaves and Dean Amon, have something in common. I believe that their power in promoting the growth of their supervisee or mentee lies in their unique ability to set high standards in the realm of research and leadership but more importantly in terms of fairness and equity. It reminds me that one who holds an academic leadership position must be vigilant; I must apply myself to support peers from diverse cultures, education, personality types, fields of interest and expertise, and not preferentially engage individuals that are merely my clones. I am grateful I have had these two inspiring and impactful models in my academic career and I would like to pay a tribute to them on International Women in Engineering Day. 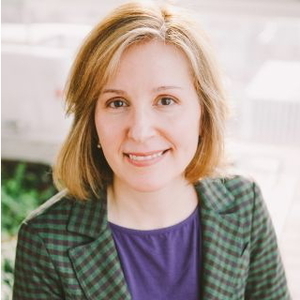