The man puttered along the path. He looked tattered. No socks graced his feet. Tufts of white hair sprouted from his head at random angles, as if the winds of bigotry that blew him across the Atlantic had permanently displaced every strand from his scalp. His appearance was so distinctive that decades hardly changed it. As an old man he looked the same: disheveled, puttering around in slippers, lost in concentration.

Escaping the rise of the Nazi Party in Germany before World War II, Albert Einstein took refuge at Princeton, where he stayed until his death. His slipper-clad walks made an impression on my grandfather, a student in Princeton in the 1940s, and stories of the fabled physicist filled my imagination as I grew up twenty miles northeast of the Princeton campus. Specifically, the black holes foretold by Einstein’s theory of relativity filled my imagination. A dramatic explosion following the death of a massive star often heralds the birth of a black hole. Following Einstein’s death, his legacy defined what it meant to be a genius.

So singularly spectacular were his contributions to humanity that his brain was divvied up into parts and shipped off to leading neuroanatomists to try to understand how it could have generated its genius. Marian Diamond, a professor of Integrative Biology and my Neuroanatomy instructor at Berkeley, owned one of these Einstein brain pieces. Einstein’s theory of relativity predicted that black holes are so densely packed with matter that even light cannot escape them. Einstein’s brain was so densely packed with white matter tracks (corpus callosum) that light seemed to emanate from it. Sources of electrical communication in Einstein's brain came in part from an abnormally high ratio of star-shaped cells (astrocytes) to neurons in regions associated with complex information processing. Hypotheses are these attributes enabled Einstein to rapidly connect disparate ideas and visualize mathematical concepts.

Communication of human brain and blood cells is what I study. The beauty, movement, and intricacy of human cells – in the brain specifically, but everywhere in the body, drew me to bioengineering. So did the love of math, exploration, and patterns.

From a cursory look at social media, more people care about waist-to-hip or chest-to-waist measurements than the ratio of astrocytes-to-neurons in a dead man’s brain or a laboratory dish. But what if those developing “brain parts” in a dish were yours? Or a better version of yours? And you could watch them communicate live? And link their activity to your daily habits, exercise regime and waist-to-hip ratio? Biomedical engineering is enabling this.

Even if this does not pique interest, interest in any body ratio is not a bad place to start cultivating genius engineers – at least, when done like Leonardo da Vinci. Da Vinci explored every dimension of the human body, sketching out the shape and movement each muscle makes. Like da Vinci's human subjects, the lives and characters of people who made a truly transformative, positive impact in the world through science and engineering are worthy of study.

Mendel, Darwin, Max Planck, Edison, Telsa, Newton, Bell, Euclid, Hawkings, Nash, Shannon, Einstein, da Vinci, Turing... We recognize them by last names alone. Often lone wolves, often eccentric, often bizarre, they are singular people whose world-rocking contributions are often only fully appreciated decades after they are achieved, sometimes well after their lifetime. Shared attributes of these historical giants include the insatiable desire to learn, the ability to be curious and open-mindedness.

"I have no special talents. I am only passionately curious."

Child-like characteristics of curiosity and open-minds provided some of these scientists and engineers unintended social gifts: a quality of making anyone feel welcome in their presence and a freedom from arrogance. They were kind without the goal of being so. Einstein was described by colleagues as not only a brilliant physicist but ‘a truly beautiful person.'

Missing in this mix are the eccentric, genius woman engineers. Chemist and physicist Marie Curie seems to be the only female scientist who makes popular lists of most influential people of all time, when one does at all. Women rarely received engineering degrees until relatively recently in history. Lack of an engineering degree was held against Mercury 13 pilots including Jerrie Cobb and twins Janet and Marian Dietrich when they applied to become NASA astronauts, despite the women passing the same tests as the Mercury 7 men. Even the original champion of the Mercury 13 program, Jacqueline Cochran, the first woman to break the sound barrier when she was forty-eight, argued in favor of excluding the women from becoming astronauts (in an act described by some as driven by her desire to remain the top female aviator). A public congressional hearing on the Mercury 13 case preceded the U.S. Civil Rights Act of 1964.

Women engineers are more visible now than ever before, thanks to the men and women who fought for equal rights. We learn about bad-ass engineers, scholars who make nerdiness cool, and political titans. Someday caricatures of Einstein won't be the only image that immediately comes to mind with the word genius. Someday ‘genius engineer’ will bring to mind a young Chinese-German entrepreneur, a black Muslim woman, a parent who is the first of their family to pursue college, a grandma in the rural outskirts of Choir, Mongolia, a veteran pilot supporting a growing family, an elite soccer player, a retired dean who decides to finish that last paper, a former street fighter in Tijuana. Studying people’s cells in the lab (and modeling their commonalities, differences and transformations), it’s easy to find shared beauty in all people – and to see the potential for brilliance in uncommon places.

2019 allows the unsung geniuses to come from anywhere. Open datasets, new software tools, scientific travel, and free online courses and papers are making strides in equalizing knowledge around the world. Whatever she wants to learn, whatever expert she wants to contact, she can within reach of a phone.

It is an exciting journey if she chooses to take it.

To her – and the genius “outliers” of all cultures, ages, races, and genders – the field of biomedical engineering welcomes you. 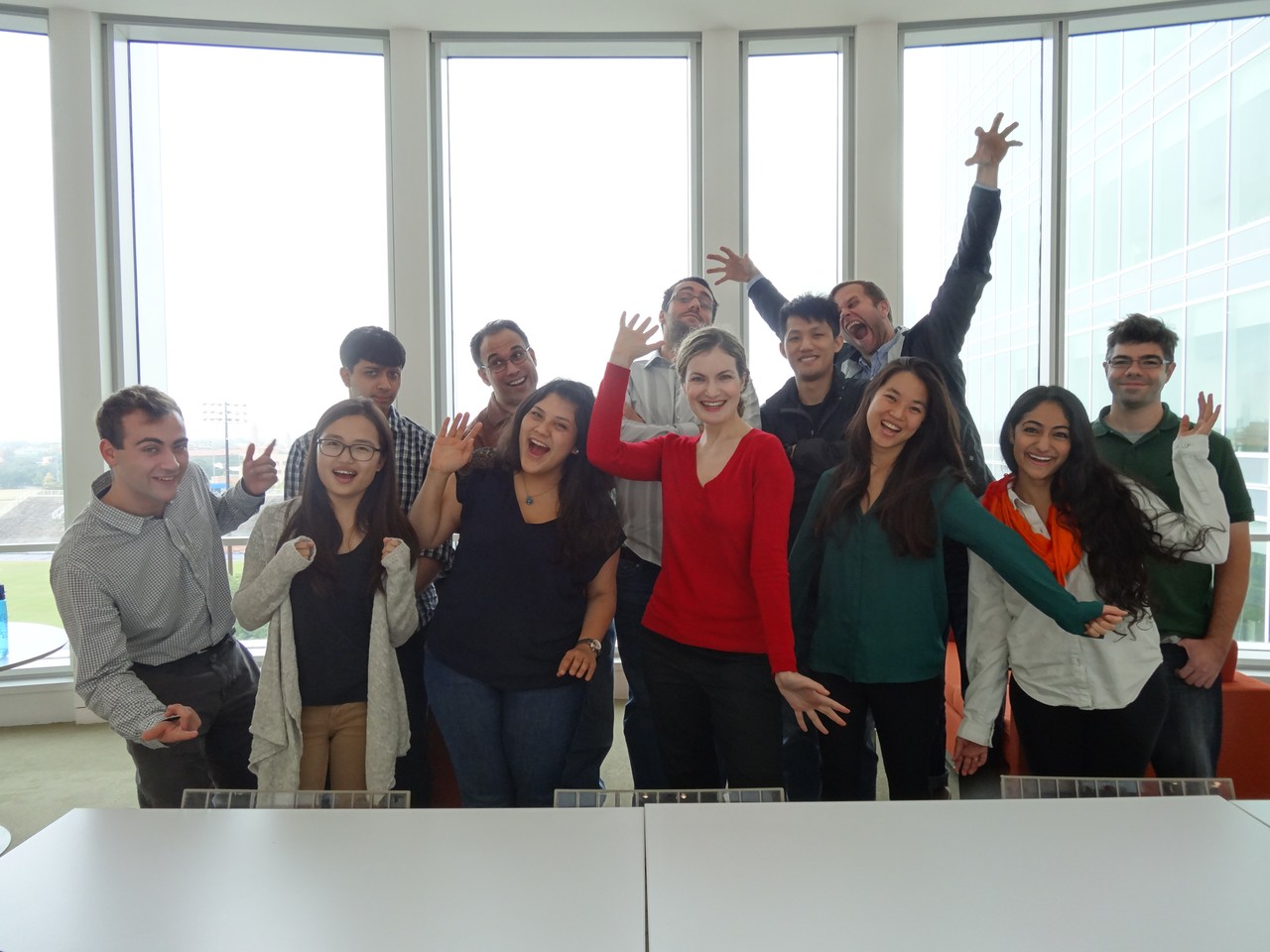