The traditional role of women is defined in many cultures as being wives and mothers. When women pursue their interests in higher education and research, they usually meet many challenges with their families, especially in traditional societies. As a scientist born and raised in Vietnam, I have witnessed many female scientists struggle with family issues. Although I left Vietnam to develop my academic career abroad, I return frequently and volunteer in a variety of educational activities. I have spent the past ten years coordinating a large project to translate the book ‘Molecular Cell Biology’ from English into Vietnamese. Through this, I had extensive interactions with scientist and educator communities in Vietnam and abroad. I now also mentor some Vietnamese students and recently started to teach research skills at a Summer Science school in Vietnam. Many young students, especially girls, frequently come to me with questions about their career development and work-life balance.

Vietnam has a long history of traditional education, influenced mostly by Confucianism. Through the French-Indochina and American wars, the country suffered tremendous damage but also benefited from the exposure to modern Western cultures, science, and technology. During this period, the roles of women began to change with the emergence of brave female patriots, fighters, and leaders. After these wars, the communist government promoted gender equality in schools and workplaces throughout Vietnam. In fact, the government now dedicate two days each year, March 8th and October 20th, to recognize and celebrate women’s contribution to society. In Vietnam, working women have the right to 6 months of paid maternity leave which is more than many other countries. Despite this, it is still difficult for women to work and thrive in science, technology, engineering, and mathematics (STEM), especially at Ph.D. and professor levels.

Let consider some history to understand the ‘nuts and bolts’ to this problem. For generations, regardless of political changes, sons are favored over daughters in most Vietnamese families. This bias rooted in the tradition of passing ancestor-worshiping responsibilities and family properties to sons, rather than to daughters. Hence, parents tend to invest more in sons for better education and social status. Whereas, daughters are usually trained to do housework and to acquire motherly skills to be future wives and moms. Parents often instruct daughters to avoid careers that require extensive training and long working hours such as medicine, science, and engineering. Many parents do not encourage their daughters to take Ph.D. training because it is around the time when many young ladies get married. The average age for first marriage in Vietnam is 22.8 for women and 26.2 for men. That means women often get married right after colleges while men usually take more time to study or develop their careers. Indeed, it is widely accepted that a young woman can marry a man with equal or higher but not lower education than her. Once married into another family, Vietnamese women are supposed to obey their parents-in-law, who often expect them to make more babies rather than to study further. So, how do Vietnamese women liberate themselves from the tradition to continue their studies and research jobs after getting married and having children?

At the Vietnam Summer School of Science last year, when I asked a group of 180 gifted students, mostly undergraduates and young researchers, “How many girls among you are planning to apply for Ph.D. studies?”, only one-third of the girls in the class raised their hands. One young student said with high confidence that there was no difficulty for girls to do a Ph.D. and she would definitely go for it. A senior student immediately stood up and said that it was totally wrong to say that there was no difficulty for females to do a Ph.D. and went on to share that after starting her Ph.D. in Korea, she was forced to quit because her parents insisted that she get married and return home after having a baby. She appeared very sad and angry. Other students in the class became anxious and started to debate. Many girls expressed their concerns about getting married and maintaining good health if they get to pursue Ph.D. training. There is a dominant perception among the girls that Ph.D. studies and research jobs may damage their appearance, health, and families. They seem to know many senior scientists who have suffered from these damages. Then they all looked at me to see if I have experienced the same. I told them “yes”. I told them about my life experience and turned the class into a positive atmosphere by giving them some solutions.

The first important advice is to believe in yourself and keep your passion. When I grew up in Vietnam, I was not treated equally as my brother, and my parents did not want me to study too much. However, I spent all my time studying after of course, finishing my housework duties. I found myself scholarships that led me abroad and married a good man who helped me make my dreams come true - to be a good scientist and a happy mother. I always tell young female scientists that there is no need to avoid or delay their marriage or motherhood. The Vietnamese culture to get married and have babies early is not a bad tradition. Every woman deserves to enjoy the happiness of marriage and motherhood. We do not need to give up these wonderfully natural roles to be good scientists. The key is finding supportive partners who appreciate our intelligence and are willing to support our careers even if they have to sacrifice some of their interest. To escape the tradition of serving parents-in-law, young couples need to be mentally and financially independent. As it is not easy to find supportive and independent young men, you should start your search early!

Once you find the right partner, stay together and nurture the relationship such that it is enjoyable for both parties. Many times, when it comes to a two-body problem such as deciding between two different cities for your careers, there will have to be some compromise. Someone will have to give up his/her best choice. This does not have to result in good-bye or the end, even if he does not give up his choice. The traditional role of men in Vietnam, as well as in many other countries, is to take the primary responsibility for the family’s finance. Hence, many men think that they need the best education, must archive success and therefore deserve the best choices (of jobs). When women provoke and fight for their career, many families sadly break down. In my opinion, there must be an extensive discussion with respect and honesty to avoid this situation. Family should always be more important than career. Stepping back does not mean giving up. “As long as wife and husband get along, they can splash dry the east sea” is an old idiom in Vietnam. My advice for young female scientists is to appreciate and to praise your partners every time they help you at home or work. Just as they should when the favor is reciprocated.

Many female scientists are successful in collaborating with their husbands. It is common for scientists to marriage each other because they develop excellent understanding and partnership during the long hours working together. Nevertheless, there are conflicts of interest that women need to handle well to protect the family. An intelligent woman does not need to show that she is smarter than her partner but to make him love her more such that he would respect her opinion and work in the same direction.

Another critical question for female scientists is how to take care of our children while having a busy career. A supportive partner is ideally a good father who can take care of the kids while their mom is busy at work. However, we should not require our partners to cover all our duties. Taking care of children is enjoyable and desirable for every mom. It is essential to manage your time very well and make life simple. You should have a good schedule, a short-term plan, and a long-term plan with priorities. To focus on your children and your research, you may need to give up some common traditional hobbies including cooking, shopping, traveling, social media, and fashion or find a clever way to add these activities to your family time by multitasking. We also need sufficient financial assistance in order to sustain our studies and raise our children. Thanks to the great guidance from my former supervisors, especially from Professor Harvey Lodish, I have successfully obtained various scholarships, awards and grants that supported my research and allowed me to afford good daycare for my children and housework help at home. One of these awards was the L’Oréal for Women in Science fellowship that is now also available in Vietnam. It is a very generous fellowship for young female scientists who have shown high potential in research. The Vietnam Summer school is a great starting point where we train young scientists in scientific and communicating skills to help them obtain such scholarships. We also hope to nurture the passion and determination in all young female students, help them pursue their scientific careers and give them a belief that they can be successful scientists with happy families.

Acknowledgements: Many thanks to Dr. Katie Meehan (University of Western Australia) for proofreading this article. Pictures are provided by Vietnam Summer School of Science. 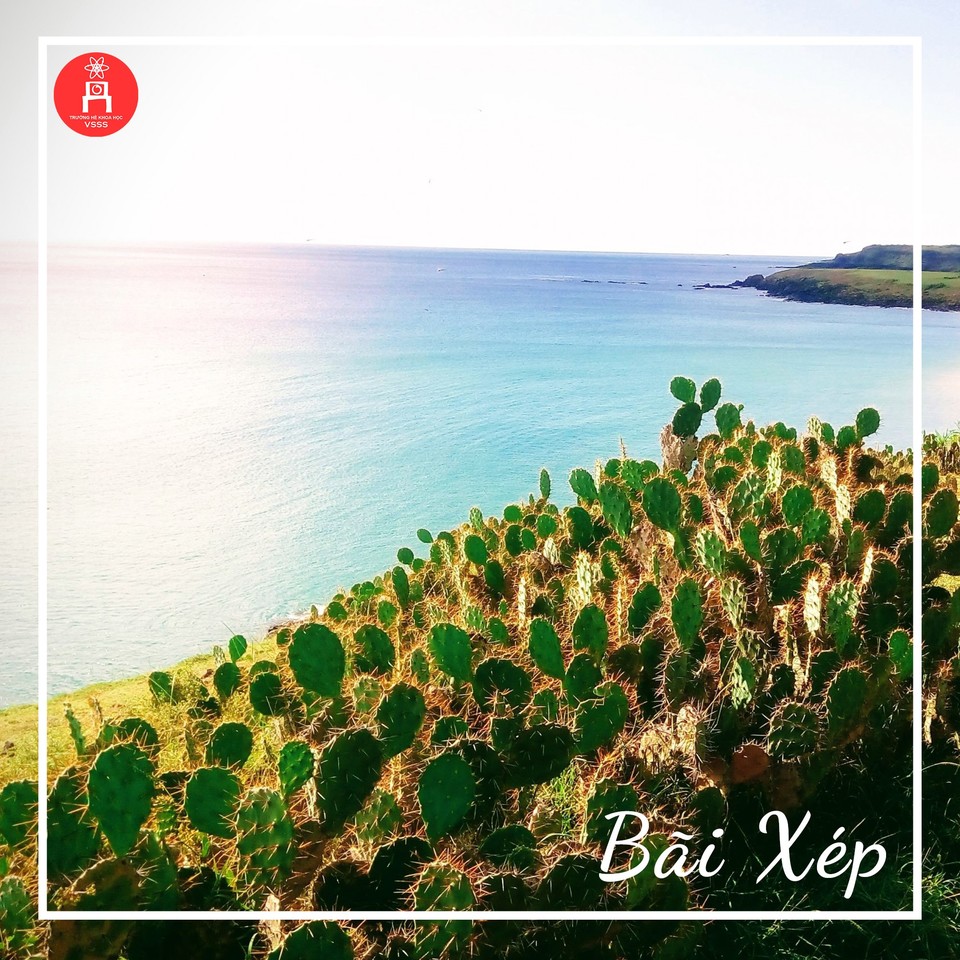