Taking a close look at cardiac development brings us one step closer to mending broken hearts. By Johannes Bargehr and Sanjay Sinha

The publication of our study in Nature Biotechnology marks the end of a long and exciting journey, which began back in 2014. I had joined the Sinha lab at the Cambridge Stem Cell Institute as a PhD student and the group had just established a robust chemically defined protocol to derive epicardial tissue from human embryonic stem cells (hESC). I was very keen to test the regenerative capabilities of this cell type in the context of heart repair and so was Dr. Sinha. At this point we reached out to Prof. Charles Murry in Seattle and discussed a transatlantic collaboration, which would take me to Seattle twice over the next few years.

The epicardium is a thin layer of cells surrounding the heart. Why were we interested in it and what were we hoping to gain? How was it going to help us repair injured hearts? The answers to these questions Mother Nature has provided herself. In early heart embryogenesis the epicardium serves as a central command centre directing key developmental steps. For one it gives rise to coronary artery smooth muscle cells, and for the other it serves as the source of interstitial fibroblasts which provide the growing heart with structural and trophic support ensuring myocardial maturation. The epicardium sounded as if it may have tremendous promise as a regenerative tool!

During my first transatlantic trip to the Murry lab in Seattle, I tested the function of epicardial cells in collagen hydrogel-based 3D-engineered heart tissues. The effects were striking: epicardial cells resulted in marked tissue compaction and improved cardiomyocyte organisation and maturation. We further characterised these tissues functionally and found substantially improved ability of these tissues to handle calcium and generate active force (see video below). In parallel we conducted pilot in vivo studies using the athymic rat myocardial infarct model in the Murry lab. At this stage we just wanted to see whether hESC-epicardial cells could survive the rigors of transplantation and the experiment demonstrated that they did, with the help of a previously established pro-survival cocktail from the lab.

We hypothesised that co-transplantation of hESC-cardiomyocytes with epicardial cells would unfold a synergistic effect driven by the trophic support provided by the epicardium. This took me one more time to the Murry lab for a definitive in vivo study. These experiments demonstrated that co-transplantation of hESC-cardiomyocytes and hESC-epicardial cells results in a 2.6-fold increase in cardiac graft size, superior graft organisation and maturity as well as better vascular supply to the grafts. We also saw greater improvement in cardiac function with the addition of epicardial cells than with cardiomyocytes alone. The beauty of these findings was that we were able to take the developmental functions that the epicardium displays in early human embryogenesis and exploit these to promote cardiomyocyte-based heart repair.

Figure 1: Cardiac grafts in infarcted rat hearts transplanted with hESC-epicardial cells and cardiomyocytes. Electrical gap junctions are shown in red. (*) exhibits a magnified area in the top right panel, whereas the bottom right panel displays the ultrastructure of the cardiac grafts.

In a next step we used RNA sequencing to elucidate the epicardial secretome and found that fibronectin is richly laid down in the extracellular matrix in vitro and in vivo by epicardial cells (see poster image). We are in the process of testing the role of fibronectin in cardiac maturation. In parallel, and this will be critical to translate this technology to clinical trials in the future, we are assessing its safety in a model that more closely resembles human cardiac physiology and disease.

This study was a great example of what can be gained through international collaboration. In times of nationalist tendencies and shutting borders globally it highlights what can be achieved if we combine our expertise and move closer together rather than away from each other. In this sense it was a pure delight and privilege to work in two teams of such bright, gifted and driven scientists in both Cambridge and Seattle and clearly the teamwork within and between both teams was critical for success of this project.

Finally, these findings have the potential to add another dimension to cardiac repair. They encourage moving away from a unidimensional approach of single-cell type based tissue repair to a more holistic and comprehensive approach that aims to rebuild diseased tissues with the very ingredients that Mother Nature has used. This could also serve as a pointer for regenerative medicine on a wider scale, demonstrating the power of multi-cellular approaches guided by human development. While successful cardiac repair in patients with heart failure still has a way to go, we have just come one step closer. 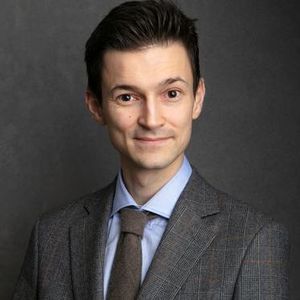 I am a Cardiology Academic Clinical Fellow at the University of Cambridge with a speciality interest in regenerative cardiovascular medicine.
Follow