'Analogous to a reusable rocket, one does not need to redesign and rebuild the entire rocket to launch a new load.'

A few years ago, when I was attending the Keystone Symposium ‘Precision Genome Engineering and Synthetic Biology’, I was attracted by the various engineering strategies presented and the power of CRISPR-enabled technologies. Undoubtedly, I was also shocked by the intense competition in this field. Today, I am thankful to my experience of participating in the symposium – the knowledge and insights I obtained were tremendously helpful when I proceeded on my own journey of CRISPR.

Most people may agree that CRISPR technique is a powerful tool and widely pursued thanks to its easy programmability. Ideally, well-designed CRISPR regulation devices could be used to construct various complex genetic networks with predictable responses. However so far this has only been qualitatively demonstrated in prokaryotic systems. Quantitatively predictable CRISPR regulated complex devices remains beyond our reach.

The first challenge for my PhD research is to seek a programmable method to achieve cascaded regulation in bacteria. Like many PhD students, I soon realized that this was not an easy task. Existing CRISPR activation (CRISPRa) systems in bacteria have differing input and output dynamic ranges. In addition, they are hypersensitive to the leakiness in sgRNA transcription, and therefore suffer from limited output dynamic ranges. This issue has hindered achieving inducible multi-channel regulation in both CRISPRi and CRISPRa. In CRISPRi, the log-log linear relationship between the input and the output implies that signals propagating down a cascade rapidly attenuate leading to multi-layered CRISPRi circuits hardly function. The situation is worse for published prokaryotic CRISPRa systems, where there was little room for activity improvement. If the prokaryotic CRISPRa is to be practically useful, it would require employing a novel mechanism that inherently supports strong activation.

From the literature, I saw engineered CRISPRa has achieved more success in eukaryotes than in prokaryotes1,2. The ‘eukaryote-like’ σ54-dependent transcriptional activation in bacteria looks a promising candidate - it has a unique ‘locking’ mechanism on transcription initiation that enables desirable properties of large output dynamic range and low leakiness. Dr Baojun Wang has extensive experience of engineering the σ54 transcription system in bacteria. In 2011, he repurposed the σ54 system to build robust logic gate devices which showed excellent on-off characteristics. Re-engineering the system would be another research story considering the σ54-dependent system is more complicated than the commonly used σ70-dependent activation3.

During the design stage, two previous studies gave us confidence in building CRISPRa using the σ54 transcriptional system:  In 2014, Y Zhou et al. described a bacterial three-hybrid system based on σ54 mechanism, suggesting that the σ54 activator hexamer could be recruited as a functional complex by an RNA molecule4. In 2016, the CRISPRainbow developed by Ma et al. demonstrated a sgRNA scaffold bearing two aptamers can reliably recruits their target fluorescent proteins5. Built on these two prior studies, we designed our new CRISPRa system and confirmed that it works well (Figure 1).

We spent majority of the time on optimization. During this stage, Hu et al. published the PAM-broadened dxCas9 which we adopted in this work6. The resulting reduced sensitivity to sgRNA leakiness came as a pleasant surprise, and addressed the issue of undesirable basal activation for inducible multi-channel regulation. Without this, we wouldn’t be able to achieve the multi-gene expression profile screening platform – a long pursued engineering goal.

Decoupling the diversity information of multi-gene expression profiles from the physical DNA copy of the metabolic pathway circuit itself is an exciting application offered by our CRISPRa tool (Figure 2). The conventional library construction approach to optimize artificial metabolic pathways is laborious, time consuming and costly. We proposed a superior alternative: only one pathway circuit needs to be constructed, and a variety of expression profiles could be coded on a reusable ‘tape’ material and then rapidly ‘projected’ onto the pathway. Analogous to a reusable rocket, one does not need to redesign and rebuild the entire rocket to launch a new load. We further showed that the intensity of ‘profile projection’ could be controlled, which could avoid potential metabolic burden on the host cell.

I’m really excited about the application potential of this tool – a standardised and reusable sgRNA library that carries the diversity information of expression profile can be applied to various pathway circuits, provided the pathways follow a set of unified design criteria. 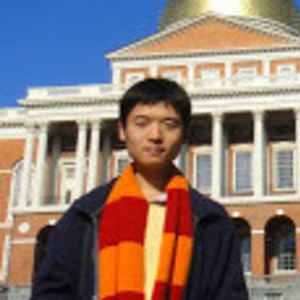