In this paper we identify the molecular driver of therapeutic potency in a demonstrated therapeutic cell type, functionally immortalize these cells and reverse engineer their therapeutic capability in normal skin cells. This technology moves towards engineered exosomes for clinical application.

Cell therapy has matured significantly over the last two decades, and great strides have been made in understanding how injected cells work to repair damaged tissue. For instance, contrary to intuition, cells do not replace damaged tissue (at least not in any major way). Rather, their exosomes (secreted lipid bilayer nanoparticles common to all eukaryotic cells) are laden with potent bioactive signals that activate tissue-reparative pathways. This finding paved the way for developing these vesicles as therapeutics in place of the far less wieldy parent cells.

An enduring question is what endows a cell type with therapeutic capacity? Recognizing that this capacity is a continuous variable, what markers indicate potency? The source of most therapeutic cells requires multiple donors. Furthermore, scale-up strategies necessitate deviation from the original protocol for how the cells were originally formulated. For all of the valiant and rigorous industry-level efforts at standardizing protocols, conditions, and materials (down to the lot), variability remains a vexing issue. Animal model-based potency assays come with their challenge of cost, variability, and subjectivity. Given that potency-status of the drug product is not effectively conserved; perhaps it is no surprise that clinical trials have yielded such disappointing results.

With these sobering concerns in mind we began with one of the most vetted cell therapies; cardiosphere-derived cells (CDCs). CDCs have been shown to repair tissue in multiple cardiac and non-cardiac models including myocardial infarction, myocarditis, heart failure, hypoplastic left syndrome, muscular dystrophy, pulmonary hypertension. Rigorous investigation of the transcriptomes of high potency and low potency CDCs (as vetted through a mouse myocardial infarction model) revealed a nuanced difference in the wnt pathway markers. We noticed that low potency CDCs had increased non-canonical wnt markers and pathway analysis suggested activation of its antagonistic pathway (canonical) in high potency CDCs. A diagnostic marker of canonical wnt pathway activation is beta-catenin. We had the advantage of having rigorously vetted several CDC donor sources that we can now use to investigate this hypothesis. Much to our surprise, we found that not only was total beta-catenin high in high potency cells but correlated closely with the functional activity of the cells in the in vivo disease model. Indeed, when we treated low potency CDCs with an inhibitor of GSK3b (a member of a complex that degrades beta-catenin) we restored the therapeutic capacity of these CDCs.

Through trial and error (and let’s face it some dumb luck), we were able to identify the keystone regulator of beta-catenin, an obscure imprinted gene, mest. We paired this finding with our efforts of immortalizing CDCs as exosomes factories (after all this was the active ingredient and a next-generation product). Immortalizing CDCs using traditional methods (disrupting cell cycle checkpoints) renders the immortalized non-potent but pairing the strategy with mest knockdown restored the beta-catenin levels and the cells potent.

Emboldened by these results we pushed our luck and upregulated beta-catenin in human dermal fibroblasts which, from previous experience, not only lacked non-potent, but toxic when injected into infarcted mouse hearts. While, in vivo, the fibroblasts no longer killed the mice it also didn’t perform as well either. We then hypothesized that the “therapy-enhancing” effect of beta-catenin was cell-specific. For that reason, we decided to co-transduce fibroblasts with both beta-catenin and the cardiac lineage-specific transcription factor, gata4. We called these double transduced fibroblasts activated tissue effector cells (ASTECs) and the exosomes derived therefrom (ASTEX). Animals injected with ASTECs or ASTEX following MI showed cardiac improvement similar to those previously seen with CDCs or CDC exosomes. Finally, to shed some light on the consequence of beta-catenin activity and the exosome payload, we identified miR-92a as a downstream activator of bone morphogenic peptides in target cells.

Taken together, we have identified critical pathways of CDC therapeutic activity from transcription factors to secreted signals and healing and repair in target cells. From a translational perspective, we leveraged these discoveries to immortalize CDCs and reverse-engineer their therapeutic capacity in normal skin fibroblasts. There are many directions to go from here; deeper dissection of the unique payload of exosomes secreted by these engineered cells can uncover novel therapeutic candidates. From an engineering perspective, we’d like to focus on how we can broaden the application of this technology and engineer cells to produce exosomes more relevant to other dis 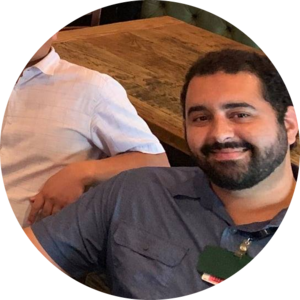