Using light to trigger the collective extrusion of transformed cells

Oncogenic cells that are embedded within a tissue are (fortunately!) readily eliminated. Although this outcome has been confirmed in many systems for isolated cells, the behavior of already constituted clusters of mutated cells in a non-mutated tissue does not necessarily follow the same route, possible due to synergetic effects between these transformed cells. If these groups of cells are not efficiently eliminated by the tissue, they could develop and become tumors.

To investigate the behavior of controlled populations of mutated cells within non–mutated neighbors, we have teamed up with the group of Olivier Destaing at Institute for Advanced Biosciences in Grenoble. Olivier has developed a stable optogenetic epithelial cell line in which the oncogenic Src signalling becomes activated upon blue light exposure [Kerjouan et al.].

When cultured in the absence of light, these cells form a monolayer identical to the wild-type cells. Then, we are able to shine light over a specific, well-controlled pattern on this monolayer triggering the local expression of Src in this predefined region. This enables us to analyze the competition between a transformed patch of cells and the surrounding untransformed monolayer.

The phenotype is spectacular: in the region that is exposed to light, the cells collectively extrude and form a 3D aggregate of transformed cells budding on top of the cell sheet. In contrast with single-cell extrusion, these collectively extruded cells remain alive and attached to each other. Moreover, these aggregates display some of the hallmarks of an epithelial-to-mesenchymal like transition such as the delocalization of E-cadherin from membrane to cytoplasm and the up-regulation of vimentin. As for the mechanical process that results in this collective extrusion, traction force measurements are compatible with a non-autonomous extrusion process for which surrounding normal cells actively push the Src cells. Notably, we found that, up to a certain point, the process is reversible: when the light stimulus is switched-off (thus shutting down Src signaling), the cells of the aggregate return to the monolayer.

This precise spatio-temporal control of Src activation provides new routes to induce and subsequently analyze the initial stages of neoplasia in vitro. Specifically, our study sheds light on the process by which a few immortalized cells can collectively disrupt the tissue architecture and enable tumor growth in the initial stages of carcinogenesis. On the bioengineering side, since light is an easy-to-control stimulus (in time and space), this optogenetics-based strategy which enables the study of well-controlled cell clusters mimicking tumor spheroids, opens the door for several avenues of research. 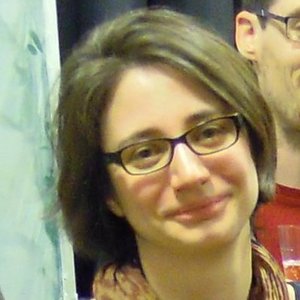