Our new system arose out of a collaboration between the labs of chemical biologist Dustin Maly and protein designer David Baker at the University of Washington. In the Maly lab, a new chemically disrupted proximity (CDP) system based on the hepatitis C virus protease NS3a had recently been developed by graduate student Daniel Cunningham-Bryant. This system has become a versatile tool in its own right for the inter- and intramolecular control of mammalian signaling and transcription and provides one of the means of control used in our new system, PROCISiR, presented in this paper [1]. Meanwhile, in the Baker lab, co-authors Zhizhi Wang, Per Jr Greisen, and Keunwan Park were interested in using the protein design software Rosetta to engineer new chemically induced dimerization (CIDs) systems for potential use in therapeutic applications, and it was suggested that they use NS3a/inhibitor complexes as their design targets. Clinically approved NS3a protease inhibitors are great drugs with few side effects, as they do not target any human proteins. NS3a inhibitors bind the protease active site in such a way that a large portion of the drug is solvent exposed, providing a considerable “chemical epitope” that can be targeted with a designed protein binder. The initial design target was the danoprevir/NS3a complex and we were able to find one candidate binder after the first round of design.

After a fair amount of engineering, we were able to identify a very high-affinity binder of the danoprevir/NS3a complex that worked well as a component of a danoprevir-based CID system in mammalian cells. We could have stopped there, as new chemically induced dimerization systems utilizing clinically approved drugs are in high demand for cell therapy applications (for example, see [2]). Chemical control of signaling, transcription, or cell death are an important avenue for improving the safety and function of cell therapies like chimeric antigen receptor (CAR) T cells, and the favorable drug properties danoprevir make a CID system based on this drug a good candidate to expand the limited set of existing cell therapy controllers.

However, with the diversity of clinically approved drugs available that target NS3a, and the fact that we now had both a CID and CDP system based on NS3a, we saw the opportunity to build a chemical biology toolset with some unique capabilities. Many currently available CID systems use natural products (e.g., FKBP/rapamycin/FRB and GID1/gibberellin/GAI) that promote protein-protein interactions and, thus, there are a limited number of chemical inputs that can be used [3,4]. Consequently, current CID systems are what engineers call single-input/single-output systems. With the large number of small molecule inhibitors available that target NS3a, we had the potential for multiple inputs, and with our danoprevir-based CID and CDP system, we already had the means to control two outputs. So, we decided to design a second CID system based on the grazoprevir/NS3a complex to provide a third output controller. We found that danoprevir and grazoprevir are sufficiently different structurally that our engineered drug/NS3a complex “readers” were highly specific for binding their target complex.

The resulting multi-input/multi-output system, pleiotropic response outputs from a chemically inducible single receiver (PROCISiR), is more powerful than the sum of its parts. In particular, PROCISiR excels at what we term proportional, graded control of two outputs. Graded or analog control allows a system to be tuned to a continuum of set points, as opposed to the binary on/off of a digital controller. Building analog controllers on the post-translational level has been difficult, as most are controlled by single-input bimolecular interactions, leading to the relatively steep input/output response of a Michaelin binding curve. Analog controllers are traditionally built in transcriptional circuits via feedback loops. There have been some hints in the literature that ratiometric competition could also be used [5,6]. With the danoprevir and grazoprevir CID systems sharing NS3a, we have built a new class of controllers that fits this bill of analog controllers arising from competition. We anticipate these being useful for probing competition between two signaling or transcriptional outputs, particularly at intermediate levels of pathway flux. When paired with technologies like single-cell transcriptomics or high throughput microscopy (as we use in an example of two competing GTPase pathways in the paper), we believe that this will become a powerful technique for probing single-cell decision making at physiologically relevant levels of pathway flux.

Other key capabilities of PROCISiR that we think will be quite useful include the ability to linearize a single output by varying the ratios of an inducer small molecule with a competitor small molecule. When applied to inducible transcription, this allows fine-tuning of the expression level of a gene. Finally, when combining the CDP system and two CID systems, PROCISiR should be very useful for switching between up to 3 signaling or transcriptional programs in a temporally controlled manner. Importantly, due to the single receiver protein architecture, one output will be shut down when the next is induced. When applied to controlling sets of genes, this control will be useful for modeling the switching of differentiation pathways. When applied to signaling, this control will be useful for testing the effect of the sequence and duration of signaling events on downstream decision making in the cell.

As protein design enables us to extend beyond the post-translational controllers found in nature, we anticipate that there will be more novel classes of controllers that arise. There is a long way to go before protein-level control of cellular processes matches the sophisticated transcriptional circuits that have been engineered by synthetic biologists. And sometimes, as we experienced in the development of PROCISiR, you don’t realize the power of the tools you have created until you have them in hand. 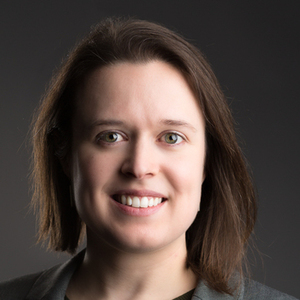