We combine computer chips with nanoelectrodes to create a high-fidelity electronic interface to neuronal networks.
Jeffrey Abbott
Postdoctoral Fellow, Harvard University
Follow
Like Liked by Ruth Milne and 2 others

An electronic interface with 4,096 electrodes can intracellularly record postsynaptic potentials and action potentials from thousands of connected mammalian neurons in vitro. 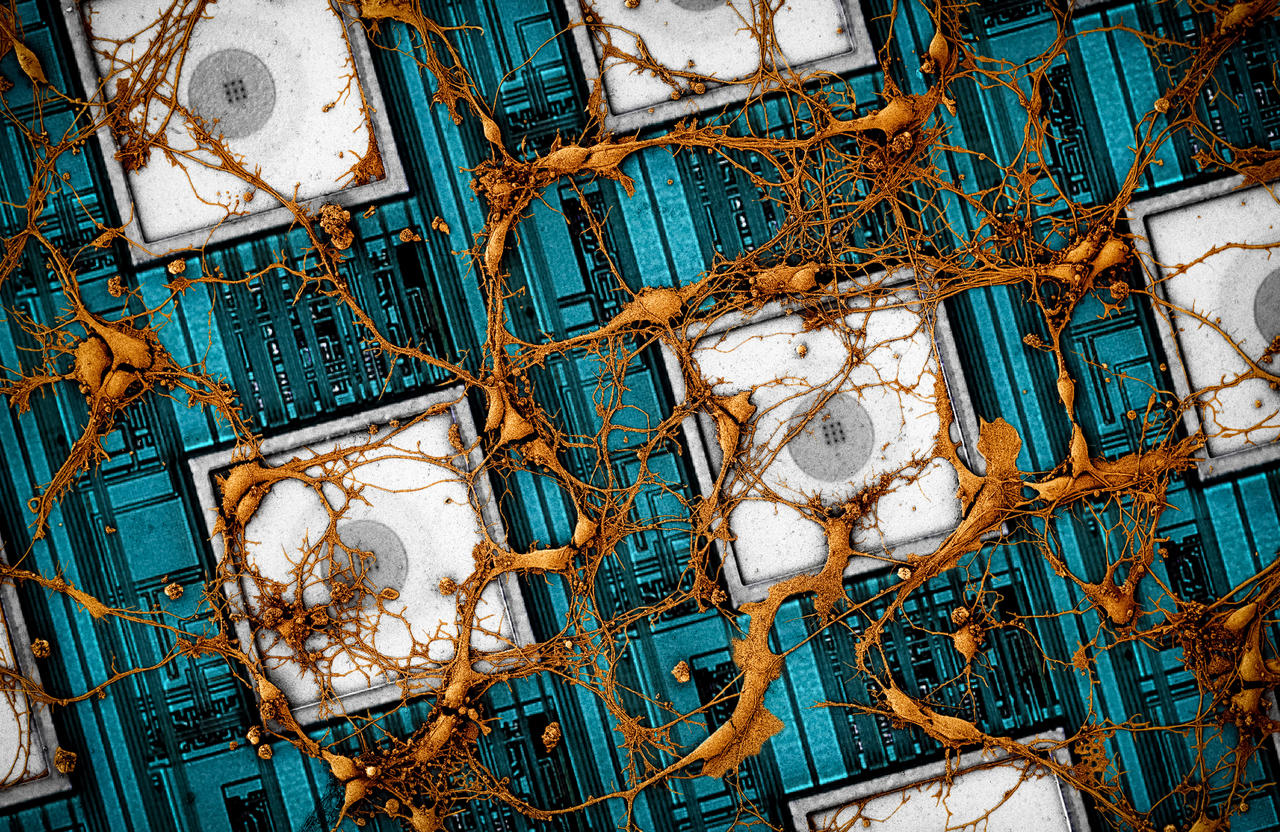