The removal of horns in dairy cattle, a common practice to protect other animals and dairy workers, is an animal welfare concern of high priority. Genome-editing offers a possible alternative that could benefit cattle and dairy farmers. Will it be allowed?

In 2014, a bovine cell line was genome-edited by Minnesota-based startup company Recombinetics to knock-in the naturally occurring dominant allele that results in hornlessness, a trait called polled.  Cloning of that cell line resulted in two bull calves, born in April 20151. The calves were moved to University of California, Davis to observe their development and health as they matured as part of a USDA-funded collaboration. To investigate whether the polled phenotype would be faithfully passed to offspring, one of the bulls was bred with horned cows.

In January 2017, when we had six confirmed pregnancies, we wrote a grant to the USDA Biotechnology Risk Assessment Grant program, which funds projects “to support the generation of new information that will assist Federal regulatory agencies in making science-based decisions about biotechnology”. That same month, the US Food and Drug Administration (FDA) released its draft regulatory guidance #187 stating that intentional genomic alterations in animals would be regulated as new animal drugs. As a result, the genome-edited bull, his offspring, and subsequent generations would potentially have to go through an expensive and lengthy regulatory process to be anything more than proof-of-concept research animals.

In September 2017, six offspring of the genome-edited bull were born; they were all polled, as expected, and did not exhibit any health concerns during the study period.

We met with the FDA several times during the course of the research to understand the data that would be required for regulatory consideration of genome-edited animals. We were asked for data to confirm the intentional genomic alteration as well as to validate that there were “no unintended modifications to the genome that impact animal safety”. There is no standard bioinformatics pipeline to address the latter, and this study provided information on how these analyses might be approached. The animal safety hazard uniquely associated with “intentional” genomic alterations, but not the millions of genomic changes that naturally exist between different cattle breeds2, remains to be clarified.

We shared all the genomic and phenotypic data generated in this study with the FDA. Their analysis detected donor template plasmid in one of the two polled alleles when comparing the genome-edited bull’s DNA to the polled allele donor plasmid sequence. We validated and confirmed their finding with PCR and long-read sequence data, and found that four of the six calves had inherited this allele. The results of the research we performed over the past two years appear in the article “Genomic and phenotypic analyses of six offspring of a genome-edited hornless bull.”

Research in large animals with long generation intervals (the gestation period for cattle is 9 months and they typically produce one offspring) takes a great deal of time, as does project design, grant writing, data collection, analysis and publication through the peer-review process, as evidenced by the timeline presented here.

Following the FDA’s bioRxiv preprint submission3 in July 2019 of their bioinformatics analysis of the original genome-edited bull’s DNA, some used the rapid social media publication timeline to dramatize this finding before our peer-reviewed publication was released.  Unfortunately, as the authors, we were limited in the scope of our response during this period by our contract with Nature Biotechnology.

Attempts were made to conflate “genetic engineering” with genome editing, headings included clickbait terms like “antibiotic resistance genes”, and “major screwup” which seemed designed to create fear rather than explain the science, reminiscent of the "GMO" discussions. One article erroneously claimed that a Cas9-expressing plasmid had been introduced  "sparing the scientists the complexities of dealing with unstable protein", while another article contained the assertion that “No research has been carried out on the possible consequences for animal health”. This statement belies the fact that our study, awaiting release, contained exactly that data. These articles lacked the rest of the story: that such sequences are present in the trillions of bacteria that inhabit our microbiome, that bacterial DNA per se does not pose a hazard, and that the bull and his offspring were found to be perfectly healthy. These pieces were predictably amplified and circulated by groups opposed to genetic modification.

It should be repeated that this was a proof of concept research study. Should this opportunity become an option for farmers, plasmid introgression would be readily addressed by screening and selecting only those with the intended edit, like the two offspring of the genome edited polled bull that received the naturally occurring allele with no plasmid introgression. Indeed, since the original work, initiated by the Minnesota-based company Recombinetics in 2013, newer methods have been developed that no longer use donor template plasmid or other extraneous DNA sequence to bring about introgression of the polled allele.

A horned control bull is flanked by two polled offspring (#2, #3) of the genome-edited bull at UC Davis. All three of these animals were approximately 2 years of age at the time of the photograph. The two polled bulls inherited only the naturally occurring polled allele. Photo: Alison L. Van Eenennaam/UC Davis.

Unfortunately, genome-edited animals containing naturally occurring genetic variants, like the bulls in this photo, currently stand as unapproved new animal drugs. They will likely face a more difficult path to market particularly due to this type of injudicious sensationalism which is interfering with properly-informed, rational public discussion.

The most important part of this story was missed all together.  The combination of publicly funded university researchers, openly providing complete datasets, working alongside federal regulators, identified information that ensured that only correctly developed animals would be taken forward, perhaps one day to the farmers who would like access to elite dairy genetics combined with polled. We have demonstrated that healthy polled calves with only the intended edit can be produced, and we provided data to help inform the process for evaluating genome-edited animals. Such work takes time and should be accurately represented and placed in context, not irresponsibly reported beneath sensational headlines.

How will today’s patent law affect tomorrow’s innovation in the areas of biomarkers; nature-based products; diagnostics; and algorithms, big data and AI? 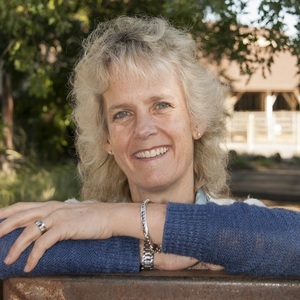 Dr. Alison Van Eenennaam is a Cooperative Extension Specialist in the field of Animal Genomics and Biotechnology in the Department of Animal Science at University of California, Davis. She received a Bachelor of Agricultural Science from the University of Melbourne in Australia, and both an MS in Animal Science, and a PhD in Genetics from UC Davis. Her publicly-funded research and outreach program focuses on the use of animal genomics and biotechnology in livestock production systems. Her current research projects include the development of genome editing approaches for cattle. She has given over 600 invited presentations to audiences globally, and uses a variety of media to inform general public audiences about science and technology. She serves as the bovine genome coordinator for the USDA National Animal Genome Research Program, was a member of the National Academies of Sciences, Engineering and Medicine (NASEM) Study Committee for “Science Breakthroughs 2030: A Strategy for Food and Agricultural Research”, and is an elected Fellow and current chair of the American Association for the Advancement of Science (AAAS) Agriculture, Food, and Renewable Resources Section. A passionate advocate of science, Dr. Van Eenennaam was the recipient of the 2010 USDA, Cooperative Extension & Association of Public and Land-grant Universities (APLU) National Award for Excellence in Extension, 2014 Council for Agricultural Science and Technology (CAST) Borlaug Communication Award, and the American Society of Animal Science 2019 Rockefeller Prentice Award in Animal Breeding and Genetics.
Follow