In 1954 Joseph Murray performed the first organ transplant. Since that time organ transplantation has evolved as a highly successful treatment and often the only cure for end stage organ failure that yearly attributes to over 730,000 deaths in the US alone. Critical for this success was the development of hypothermic preservation during which the organ is stored in a special preservation solution on melting ice. The low temperature slows down deterioration of the organ outside the body and increases its survival from minutes to valuable hours. These hours provide some time for the organ to be transported across short distances and a recipient to be identified and prepared, although this timeframe is nowhere near optimal for complicated transplantation logistics.

As a result of short preservation durations, transplantation is a race against the clock which results in high organ discard, emergency surgery, sub optimal donor-recipient matching, and prevents global organ sharing. In addition, only the highest quality organs can withstand the injury during preservation which limits the supply of donor organs. These preservation restrictions are no longer acceptable during the current donor organ shortage crisis as only 25,000 of the 730,000 patients receive a lifesaving organ each year.

By reducing the storage temperature below freezing, the biological clock of the organ can be further slowed down and the preservation duration extended from hours to days. Not surprisingly, subzero preservation of organs has been an elusive goal for decades, primarily complicated by the fact that ice formation is extremely injurious to organs. Interestingly, water can be kept completely liquid below the freezing point with supercooling. Our group previously adapted supercooling to completely avoid freezing injury during subzero organ preservation. By supercooling rat livers to minus 6°C – as compared to the clinical standard of plus 4°C – our group was able to triple the preservation duration. An unprecedented result at the time. (Nature Medicine. DOI: https://doi.org/10.1038/nm.3588)

Despites this success in rat livers, the likelihood of ice formation during supercooling increases with volume which made experts in the field – including us – question if this technique would ever be applicable to human livers which are 200 times larger in size. In addition, for successful supercooling preservation, livers must be homogeneously preconditioned with agents that protect it from the cold which is much harder to achieve in large sized organs.

We took up the translational challenge, scaled up our supercooling protocol and gave it a try. As we were afraid of, the first supercooled human livers completely froze which destroyed their viability. Therefore, we focused on methods to stabilize the supercooled state of large volumes to prevent ice formation during storage. In a series of experiments, we combined bioengineering and cryopreservation approaches to develop a preservative cocktail that counters ice formation during supercooled storage and showed this solution was not toxic to liver cells in culture.

To homogeneously precondition human livers with the cocktail, we adapted machine perfusion technology. Machine perfusion is a technique that provides an artificial blood supply for the organ while it is outside the body. Replacing the artificial blood with our preservative cocktail enabled homogenously precondition of the large organs. At the same time, our group discovered the importance of eliminating air-water interfaces to stabilize the supercooled state (Nature Communications. DOI: https://doi.org/10.1038/s41467-018-05636-0). Together this technical tour de force resulted in successful supercooling of the human liver at minus 4°C without any ice formation.

While hypothermic preservation is typically urged to be kept under 9 hours, we preserved human livers for 27 hours with our new supercooling protocol. We showed that the livers retained their viability despite this substantial increased preservation duration (Nature Biotechnology. DOI: https://doi.org/10.1038/s41587-019-0223-y). To our knowledge, we showed for the first time the feasibility of subzero human organ preservation. We believe that the use of human livers makes this study clinically relevant and promotes the translation of sub-zero organ preservation to the clinic.

Reinier de Vries
Postdoctoral research fellow, Massachusetts General Hospital and Harvard Medical School, University of Amsterdam
Follow
As a research fellow with a combined background in medicine and engineering, I focus on the development and translation of (bio)technological innovations in surgery. Considering the current donor organ shortage crisis, my research is focused on biopreservation for transplantation, ranging from cells to whole human organs. In particular, I am working on machine perfusion of liver and kidneys; high subzero liver preservation by supercooling and partial freezing; and isolation, slow freezing and vitrification of primary hepatocytes for their use in cell transplantation and bioartificial liver support systems 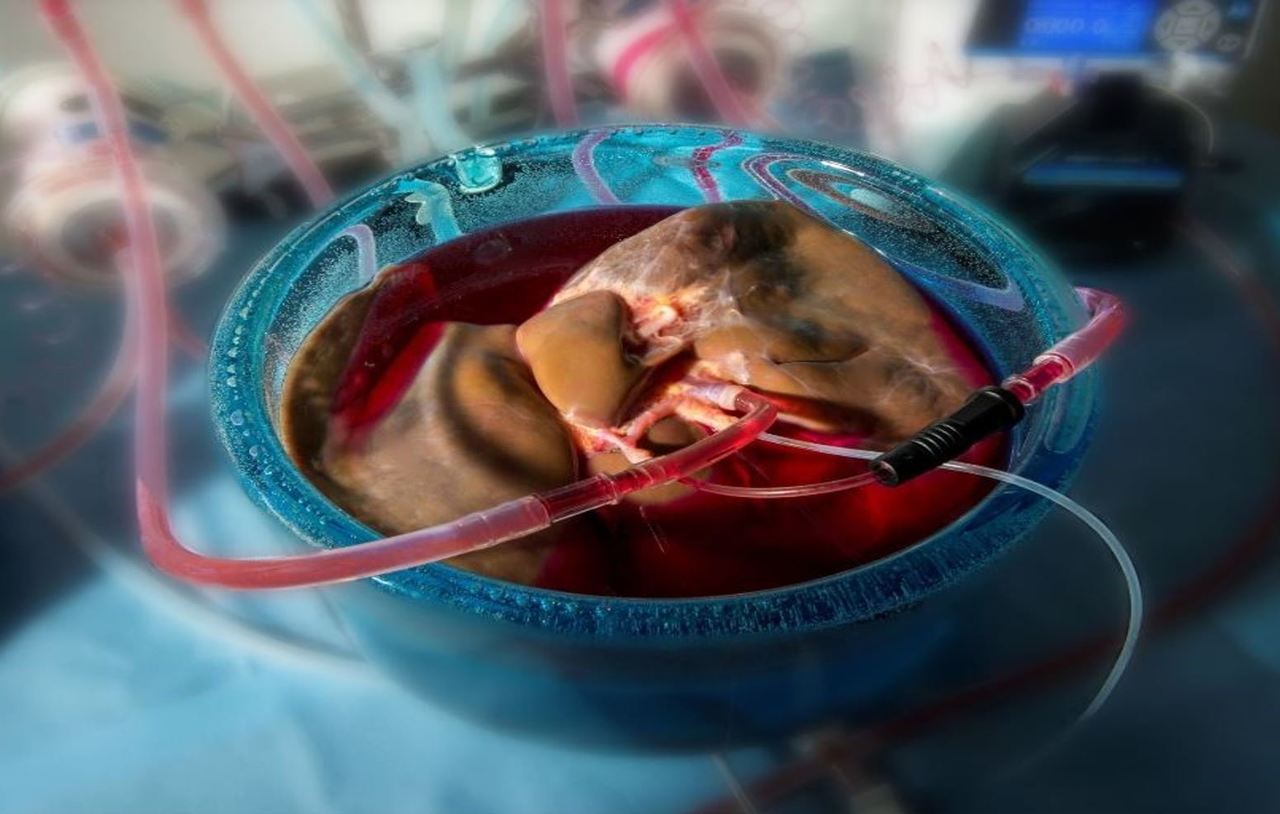 For the first time, we demonstrated the feasibility of subzero human organ preservation. We stored human livers ice-free in the supercooled state and showed this substantially extend ex vivo organ life.