Biofouling of electrochemical sensors restricts development of multiplexed hand-held sensors for diagnostic applications. Our development of a nanocomposite coating combined with a reactive substrate that precipitates locally to yield an electroactive product solves this problem.

Enzyme-based electrochemical (EC) sensors, such as the glucometer used by diabetic patients around the world, demonstrate the clinical value of EC sensors for point-of-care applications. Unfortunately, we don’t see these types of handheld sensors around much because there are only a few analytes that can be sensed using enzymatic detection. The reality is that most medical diagnostics are affinity-based in which antibodies are used to detect important biomolecules, such as hormones or cytokines in blood, serum, plasma, or other biological fluid, and then read out in lab-based optical instruments.  Low cost, affinity-based EC sensors that rely on antibodies for recognition could enable a broad range of small portable diagnostics for use at home, as well as in ambulances, physician’s offices, pharmacies, and emergency departments.  While one or two affinity-based diagnostics have been developed, this field has been significantly held back because of the biofouling problem ¾the high concentration and variety of proteins and other molecular components in complex biological fluids adsorb to the electrode surface and rapidly decrease their sensitivity. That is, up until now.

In our new report in Nature Nanotechnology, we developed a simple, low cost, easily manufactured, nanocomposite electrode coating composed of glutaraldehyde cross-linked bovine serum album (BSA) that is impregnated with a network of conducting nanomaterials (e.g., gold nanowires, carbon nanotubes), which circumvents the biofouling problem.  The BSA coating prevents nonspecific interactions while the continuous network of electroconductive nanomaterials support electron transfer to the electrode surface. Importantly, our nanocomposite-coated electrodes retain almost 90% of their ability to detect signal even after being stored for one month in whole serum or plasma; in contrast, when we tested the best published anti-fouling coatings (e.g., self-assembled monolayers containing polyethylene glycol or betaine) in the same system, they lost all signal sensitivity when incubated with biological fluids for one day. When antibodies directed against a specific biomolecule (e.g., interleukin-6, insulin, glucagon) are immobilized on the surface of the coating and incubated with unprocessed plasma, they can be detected with similar sensitivity to a conventional ELISA.  To do this, we modified the common sandwich ELISA assay method that uses a secondary antibody linked to horseradish peroxidase (HRP) that acts on a chromogenic substrate to generate a color signal; instead, we employed a novel HRP substrate that precipitates locally on the surface coating of the electrode yielding an electroactive product. This also enables multiplexing of EC sensors separated by only small distances (< 1 mm) so that multiple analytes potentially could be detected simultaneously in a single drop of blood.  We hope that this advance will enable a surge in development of affinity-based EC sensors for a broad range of diagnostics applications.

You might ask why the lab of a cell biologist who is better known for developing human Organ Chip microfluidic culture devices did this work on electrochemical sensing and diagnostics? We certainly did not set out with this goal in mind. The answer is that this work began because we needed to develop multiplexed sensors for detection of multiple biomolecules produced by various types of tissue cells growing within our Organ Chips as a non-invasive way to assess their function and inflammatory status over time. The problem we faced is that the volumes in the effluents of the microfluidic channels of these chips are very small (a few microliters), and thus we needed to develop highly sensitive sensors that also could be multiplexed, which led to the engineering of the current technology.  Once again in bioengineering, the nonlinear path often wins in the end. 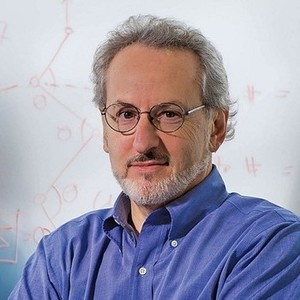