One needs great ideas to affect a significant advancement in science. Often though, great ideas come in a flash and not necessarily by overthinking. In one routine brainstorming meeting for designing novel linkers for antibody-drug conjugates (ADCs), Shiladitya (founder of the company and our mentor) asked a simple question: are there any molecules known that bind to an antibody? That right question at the opportune moment triggered a brainwave and without thinking too much, at the spur of the moment, I replied, “Yes, Protein A does." “Can we use that to make an ADC?” “No, but there are small-molecule affinity ligands that bind to an antibody specifically and with similar affinity. May be those can be used.” “Can you think about it and conceptualize it?” I formulated the idea and prepared my presentation the very same day but did not present it for a few months because some of my colleagues thought it was too far-fetched. But what is an idea if it’s not outlandish at first! And even a great idea is worthless until executed. In that hope, I mustered my courage to present the concept which was eventually the genesis of multivalent affinity guided antibody empowerment technology (MAGNET).

It took us a while to translate the concept of a non-covalent ADC using affinity ligands into developing actual prototype molecules as there was hardly any literature support—the flip side of having novelty. In our pursuit for the lowest-hanging fruit, we chose the simplest affinity ligand for proof-of-concept: 4-mercaptoethylpyridine (MEP). We initially struggled with camptothecin as a prototype drug, which we later realized was more due to the instability of camptothecin than the inability of MEP to conjugate to the antibody. With limited resources at a start-up like ours, it came to a point where the project was being shelved and we had one last month to get some convincing data. But nothing elevates science like pressure! Together, we cracked the right designs and demonstrated conjugation with fluorescein as a payload in that one month, and later with gemcitabine, and rest of the story just smoothly flowed.

We validated the concept by multiple orthogonal techniques including isothermal titration calorimetry and in silico tools. It was quite an eureka moment when we discovered that despite non-covalent interactions the conjugate was stable in circulation in mice, a key result for any ADC. The in vitro and in vivo biology data falling into place was the perfect culmination to our journey. As the data kept pouring in, it was pleasantly surprising coming to terms with the fact we had pulled-off a non-covalent ADC. The potential of the MAGNET platform—beyond just simplifying ADC preparation—started to dawn on us as it also opened avenues to explore non-covalent linkers for bioconjugation. Our ambitions began to rise, and we started wondering about taking this to the next level. Could we have a library of MAGNET linkers with a variety of payloads manufactured allowing the clinician to prepare patient-specific conjugates by combining them with the right antibodies? In other words, could we transform bedside into benchside? Seems outlandish right now but with rapid progress in patient screening and diagnostics, we believe it could herald a new era in personalized medicine. 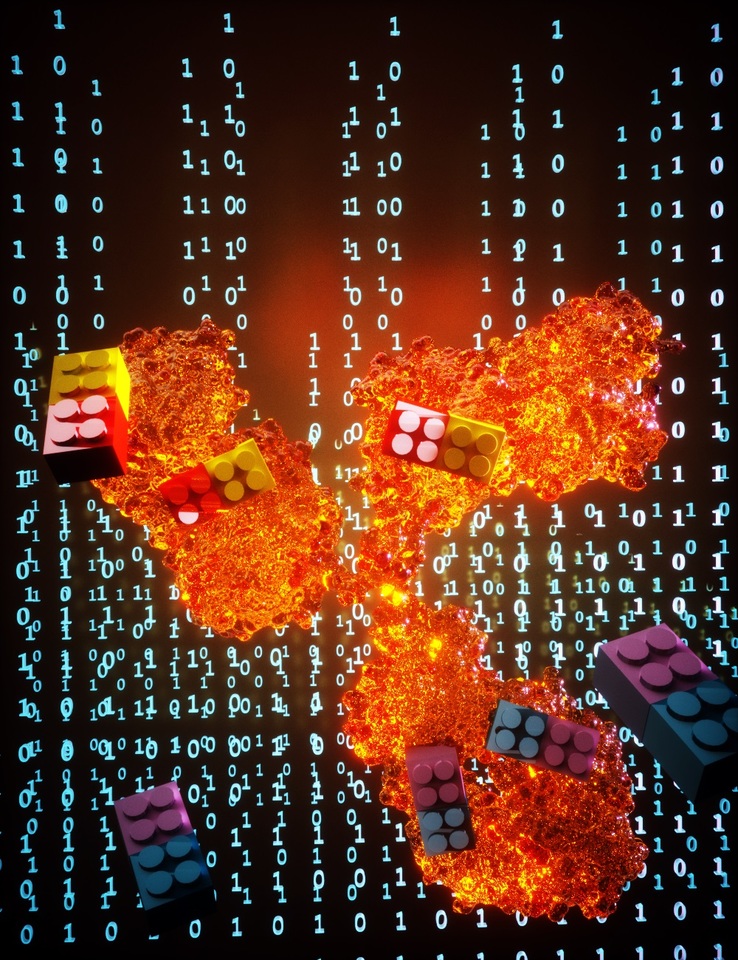