The Collins lab has a long-standing interest in nucleic acid diagnostics for infectious diseases, focusing on low-cost technologies amenable to use at home or in the field. Nucleic acids in patient or environmental samples are an information-rich biological cue used to detect pathogens and identify drug resistance genes. In the months before this project began, there were a series of demonstrations that CRISPR-associated (Cas) enzymes could be used as nucleic acid sensors in vitro: the SHERLOCK system based on Cas13a (a project led by the Zhang Lab, in collaboration with the Collins Lab) and the DETECTR system based on Cas12a [2,3].

Both technologies have a common theme: the Cas enzyme is programmed by the user to recognize a specific sequence of DNA via the guide-RNA (gRNA), and upon binding to the “trigger” sequence, a secondary nuclease activity becomes activated. In the case of Cas12a this “collateral” cleavage activity preferentially cleaves single-stranded DNA (ssDNA). Importantly, this couples a single trigger recognition event to multiple cleavage reactions: this amplification can make the CRISPR systems very sensitive nucleic acid sentinels.

We set out to expand the application of Cas enzymes as a new platform for the actuation of bioresponsive materials with complex, user-defined behaviors [1]. Strategies to design DNA-responsive materials typically rely on the displacement of base-pairing DNA molecules in the material by the trigger. Recognition events are transduced into changes in the physicochemical properties of the material at different scales. However, the one-to-one stoichiometry of the displacement process necessitates high trigger concentrations. Moreover, tuning DNA-based hydrogels to respond to new DNA signals with distinct outputs requires hydrogel redesign and optimization.

As an alternative strategy, we demonstrated that Cas12a has the potential to make the programming of DNA-responsive materials more user-friendly, while also improving the overall sensitivity through enzymatic signal amplification. We incorporated ssDNA elements into various types of hydrogels to make them sensitive to the rapid collateral cleavage activity of the enzyme. If the ssDNA elements are used as anchors for pendant groups, then Cas12a activation leads to the release of the tethered cargoes such as small molecules and functional enzymes. We chose poly(ethylene glycol) hydrogels for this purpose because this material is widely used in tissue engineering and therapeutic applications. Alternatively, if these ssDNA elements play an integral structural role, then activation of Cas12a by the gRNA-defined trigger leads to degradation of the material. We showed that larger cargoes like nanoparticles and human primary cells could be physically entrapped in a polyacrylamide network cross-linked through DNA, and subsequently released through cleavage of the DNA by Cas12a.

The first demonstrations of CRISPR diagnostics used fluorescence readouts, which typically require costly instrumentation and infrastructure. We wanted to find alternatives that would be more suitable for field diagnostics, for example colorimetric or electronic readouts that can be interpreted visually, or transmitted and processed using simple circuits. We sought to address these challenges using CRISPR-responsive materials, by creating systems that can act as degradable electrical fuses or as fluidic valves with electrical readouts. The possibility of coupling biological sensing to electronic circuits is something we’re very excited about, as we can use the extensive toolkit of signal processing and transmission elements (e.g. RFID tags) to build sensors that assist with data collection and disease tracking during potential outbreaks.

Taken together, we show several strategies to interface biological signals with materials that combine the inherent programmability of CRISPR-associated enzymes with simple hydrogel designs. These strategies offer control over a variety of complex behaviors and properties, including bulk hydrogel degradation, electronic signal transduction, and microfluidic valve actuation. This includes increasing programmability, as well as providing new forms of output for these platforms. We expect these new capabilities of CRISPR-responsive materials to enhance biomaterial-based approaches for cell therapy, drug delivery, regenerative medicine, molecular diagnostics, and novel bio-electronic interfaces with programmable readouts.

Fig. 1. CRISPR-mediated DNA-hydrogel modulation. CRISPR-Cas enzymes can be easily programmed for specific DNA inputs (top panel) and used in combination with different hydrogel chemistries (middle panel) to modulate material properties at multiple scales, such as controlled release of molecules, particles, or live cells; fluid permeability; and bulk material degradation (bottom panel). Three basic CRISPR-gel systems were explored in the paper: (A) branched PEG-based hydrogels that release DNA-anchored compounds; (B) degradable polyacrylamide-DNA hydrogels for release of encapsulated payloads (e.g., particles or live cells), as well as for controlling permeability of microfluidic systems via cleavage of a hydrogel ssDNA linker; and (C) conductive carbon black-DNA hydrogels for electrical circuit bridging with fuse-like responsiveness to dsDNA trigger activation. CRISPR-gels respond to Cas12a activation, and are designed to leverage either the highly specific dsDNA targeted cleavage or the collateral ssDNA cleavage activities of Cas12a to modulate large-scale hydrogel properties. Reproduced from the accompanying manuscript [1]. 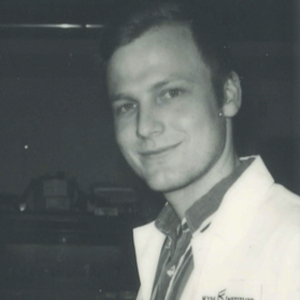