In 2013, when I learned how scientists brought the Sleeping Beauty transposon back to life after a 10-million-year evolutionary sleep, I felt the same excitement as when I watched Jurassic Park for the first time. So, I decided to venture into the mysterious world of transposons, joining a research group led by biochemist Orsolya Barabas at the European Molecular Biology Laboratory. At the time, thinking that my PhD work could lead to the development of an improved Sleeping Beauty protein for genome engineering sounded like science fiction. Six years on, it’s reality.

Sleeping Beauty (SB) was reconstructed in 1997 from an inactive transposon that last moved in the genomes of salmonid fish 10 million years ago. By systematically mutating the transposase protein and specific transposon DNA sequences, Zoltán Ivics and his colleagues were able to awaken the system and make it cut and paste DNA in the genomes of vertebrates, including humans [1]. In less than two decades after its molecular resurrection, SB has turned from a DNA fossil into an efficient genetic tool, with applications in several fields from cancer gene discovery to gene therapy.

In 2016, SB entered clinical trials to genetically modify patients’ T cells by inserting a gene encoding a chimeric antigen receptor (CAR), which makes it possible to redirect these immune cells against cancer in so-called CAR-T therapies [2]. Although these studies demonstrated that SB could simplify CAR-T cell production and reduce its costs, they also highlighted the poor controllability of the transposon as an important shortcoming. To engineer T cells, the DNA coding for the SB transposase—the protein responsible for genomic insertion of the CAR gene—is continuously expressed in patients’ cells for weeks. This can lead to unwanted genome rearrangements, cell toxicity and transgene remobilization, adding to safety concerns about the resulting therapeutic CAR-T cells.

For my PhD, I set out to study the SB transposase in vitro to understand its molecular mechanism and develop a method to better control its activity in clinical applications. But, after two years, I came to realize that I was dealing with a protein that was poorly soluble after being purified and mostly unstable in a test tube, which made its biochemical characterization challenging. As I struggled with experiments, I had the chance to join the International Congress on Transposable Elements in Saint-Malo, France. Discussing with colleagues there, I was confronted with their enthusiasm about our success in producing a recombinant SB protein, and their eagerness to use this in their experiments. After that conference, the meetings with my PhD supervisor always ended with a burning question: “Why don’t we try to use the purified SB protein directly for genome engineering?”

Delivering SB into cells had already been proposed as a way to restrict the transposase’s activity to a short time window before the enzyme is degraded. But the low solubility and stability of the protein made this approach challenging. So, I opted for an unusual strategy: instead of tinkering with biochemical conditions to produce SB in high quantity and quality, I changed the protein itself.

To do so, I used a rational design approach based on the crystal structure of the SB catalytic domain [3], which was determined by Franka Voigt, a former PhD student in our lab. By mutating specific residues on the protein surface, I developed a high-solubility variant of the SB transposase (hsSB). This variant provided easy recombinant protein production and increased solubility, combined with preserved functionality both in vitro and in cells. What’s more, hsSB was stable after a 95° C heat shock and could be frozen without compromising its activity. This feature turned out to be particularly advantageous as, in June 2016, my supervisor started a collaboration with Zoltán Ivics (Paul-Ehrlich-Institut, Langen) and Michael Hudecek (University Hospital of Würzburg), to use the SB transposase for engineering therapeutically relevant cells. It was exciting to see the hsSB transposase I had developed travel across Germany in dry ice to be transferred from a test tube into living cells.

Four months later, Cecilia Zuliani, an expert in cell-based assays in our lab, succeeded in introducing the hsSB protein and transposon DNA into HeLa cells through electroporation. Discovering that the hsSB protein produced in bacteria could enter mammalian cells and perform the DNA gymnastics required to cut a gene of interest and paste it into the cell’s genome was mind-blowing. Only two weeks later, Andreas Mades, a postdoc in the Hudecek lab, used hsSB to insert a 3-kb CAR gene into the genome of human T cells. He showed that the resulting CAR-T cells had potent anti-tumor activity, both in cell culture and in living mice. As my supervisor and I looked at Andreas’s in vivo experiments, we gasped: “Unbelievable, we cured the mice!”

These early experiments opened the way for the development of a novel genome-engineering platform that we named ‘SBprotAct’, as it relies on the direct action of an SB protein in cells. Since then, our lab and collaborators have used SBprotAct to genetically modify several cell types, including mouse embryonic stem cells, biotechnology-relevant cell lines such as Chinese hamster ovary cells, and primary human cells, including human hematopoietic stem and progenitor cells.

Furthermore, we characterized the modified cell products and showed that hsSB protein delivery results in transgenesis rates comparable to that of plasmid-based systems. However, hsSB rapidly clears from the cells, which reduces the exposure of engineered cells to the transposase to 2 days—a much shorter period than the 21 days that the protein is present when expressed from DNA vectors. This quick clearance of hsSB enables a fast release of transposase-free cell products, which could promote the development of ultra-rapid gene therapy protocols. We also found that the efficiency of transgene insertion and the exact number of integrated gene copies can be adjusted by titrating the amount of hsSB protein delivered into cells. In particular, the number of integration events per genome can be reduced to two, which is well below the threshold recommended by regulatory authorities to limit undesired genomic rearrangements. To date, this level of control has not been accomplished by conventional transfer vectors, which generate more variable insertion patterns across cells.

The most surprising finding was that the hsSB transposase can penetrate cellular membranes without any transfection procedure. This unexpected feature allowed us to modify induced pluripotent stem cells and human T cells by incubating them with an hsSB-containing medium. It’s still unclear how a ~40 kDa nuclease is able to cross cell and nuclear membranes and perform complex genome rearrangements, but we are excited to explore this property to turn hsSB into a molecular shuttle.

In the last decade, cell-based therapies have emerged as a novel pillar in immuno-oncology and provide new hope for the future treatment of diverse incurable diseases. Thus, more and more efforts are devoted to generating therapeutic cells in a faster, safer and cheaper way. Due to its simple production and use, SBprotAct could offer a promising strategy for improving the safety and tunability of transposon-based vectors for genome modification of medically relevant cells, including CAR-T cells and stem cells.

After millions of years, the Sleeping Beauty transposase is more awake than ever for therapeutic cell engineering. Where will it jump next? Our study indicates that the joint efforts of researchers and clinicians will be key to making it move faster towards the clinic. 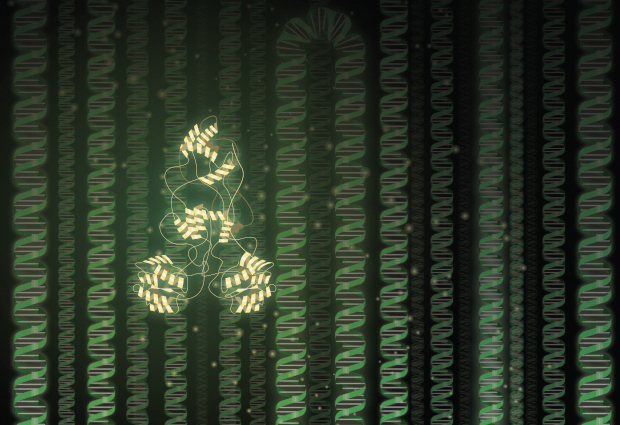