It is becoming increasingly clear that cGMP does not float freely throughout the cytosol from site of production to its effector (PKG). Rather, spatial organization of cyclases, effectors and regulators is important for efficient and targeted signaling. We have previously shown that the membrane-bound natriuretic peptide receptors, guanylyl cyclase A and B (GC-A, GC-B) produce similar total cellular amounts of cGMP in cardiomyocytes from heart failure rats, but only GC-B stimulation can induce functional effects in the heart, such as reduced contractility (negative inotropic response) and a more rapid pumping of calcium back into the sarcoplasmatic reticulum, leading to faster relaxation (lusitropic response). This indicates that cGMP from GC-B is more tightly coupled to the contractile responses. Therefore, measuring cGMP in total cellular lysates does not discriminate between different pools of cGMP. Rather, one needs to measure cGMP within different cellular structures. One way to accomplish this is to express FRET-based biosensors and measure cGMP levels dynamically in single cells. A biosensor usually contains a cGMP binding domain flanked by two fluorescent proteins. A major problem with established cGMP biosensors is their low affinity for cGMP and in cardiomyocytes, such biosensors fail to detect the cGMP generated by GC-B. Although there exists one such high affinity biosensor, targeting this to subcellular structures reduces its dynamic range (unpublished data).

We were therefore searching for better biosensors to measure the low cGMP found in cardiomyocytes. At the 7th International Conference on cGMP Choel Kim presented the structure of human PKG. During the conference dinner, Kjetil and Choel discussed how structural understanding of cGMP binding to its target could predict a new biosensor. Choel was at that time solving the structure of Plasmodium falciparum PKG D-domain that displayed high affinity for cGMP.  A week after the conference, we met on Skype, and based on the preliminary structure we determined the optimal placement of fluorophores to make cGMP binding alter their relative position and thus obtain changes in FRET. Some time thereafter Gaia Calamera was recruited to the project and she constructed two different biosensors (Yellow and Red PfPKG, differing only in their fluorophores) and determined that these had low nanomolar affinity for cGMP. We were then excited that the biosensors could measure the low cGMP present in cardiomyocytes. We then turned to other cells where low measurable cGMP had biological activity and initiated a collaboration with David Paterson who was performing such work in Stellate Ganglion neurons. In these neurons, BNP reduced norepinephrine release despite a low amount of cGMP being measured with a low affinity biosensor. Using the high affinity Yellow PfPKG biosensor, we could visualize this low concentration of cGMP.

What did not work

In terms of biosensors for cAMP, the CUTie biosensor from the group of Manuela Zaccolo provided a breakthrough for construction of targeted biosensors without a loss in dynamic range. By inserting one of the fluorescent proteins in a loop within the cAMP binding domain, this leaves the N-terminus free for targeting and a reduction in dynamic range is avoided. We construct such a biosensor with the Plasmodium falciparum PKG D-domain, where the donor fluorophore was positioned in a disordered loop between β4 and β5 (between K469 and K470). Unfortunately, such an approach did not result in a biosensor that altered its fluorescence upon binding cGMP. Creating targeted cGMP biosensors with large dynamic range is an important next step to understand spatial cGMP signaling in cardiomyocytes.

Although signaling through guanylyl cyclase A and B is well established in cardiomyocytes, the role of NO-induced activation of soluble guanylyl cyclase is less investigated. Although NO release from endothelium relaxes vascular smooth muscle through increasing cGMP, the function in cardiomyocytes is less defined. In whole cell lysates, NO-donors increase cGMP (Figure 3d) and we were hoping that our high affinity biosensor could also detect similar amounts in the intact cells. Unfortunately, the biosensor did not measure any change after adding NO-donors (Figure 3b,j). Even though the biosensors are cytosolic, they are not evenly distributed in cardiomyocytes (Figure 3a), a trait seen with several cytosolic biosensors. It seems as though there are cellular structures and/or organelles where this biosensor cannot get access. It would be very interesting to target our biosensor to these structures and determine the subcellular location where NO increases cGMP and the phosphodiesterases regulating these compartments. Understanding the function of NO in cardiomyocytes could open new avenues for therapeutic use of existing sGC activators and stimulators. 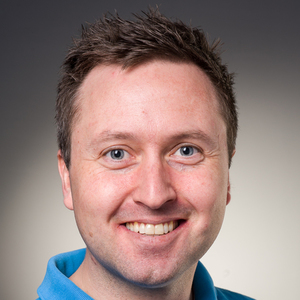