How do bacterial cells take up lignin-derived aromatics?

Sphingobium sp. strain SYK-6, an alphaproteobacterium isolated from pulp effluent, can grow as the sole source of carbon and energy on various lignin-derived aromatic compounds (dimers and monomers). To date, we have identified and characterized more than 30 step reactions and 50 genes involved in the catabolism of lignin-derived aromatics by SYK-6 (Figure). In the SYK-6 cells, syringyl- and guaiacyl-types of lignin-derived dimers are converted into syringate and vanillate, respectively, by various types of enzymes. The resulting syringate and vanillate are O demethylated to produce catecholic compounds, which are subjected to the ring-cleavage pathways. In these ring-cleavage pathways, 2-pyrone-4,6-dicarboxylate (PDC) is generated as a metabolite. PDC can be used as a chemical building block to synthesize functional polymers such as polyester films, polyurethane sheets, and adhesives. Therefore, the conversion of lignin into chemical building blocks such as PDC is one of the promising strategies for lignin valorization. The above-mentioned catabolic enzyme genes are essential to developing conversion systems; however, the transport systems for lignin-derived aromatics remained mostly uncovered.

This study first revealed that the transcription of 17 TBDR genes was specifically induced during the growth of SYK-6 with particular lignin-derived aromatic compounds. Among these genes, we proved that ddvT encodes the outer membrane transporter of a lignin-derived biphenyl compound, 5,5’-dehydrodivanillate (DDVA). Possible components of the TonB system for DDVA uptake were also determined. Furthermore, overexpression of ddvT enhanced the uptake of DDVA and improved the rate of PDC production from DDVA. Our results opened the door to clarify one of the diverse functions of TBDRs and will provide a new strategy for microbial production and bioremediation. However, to this point, we have only been able to identify one outer membrane transporter and a few inner membrane transporters. Further research will hopefully identify additional transporters. 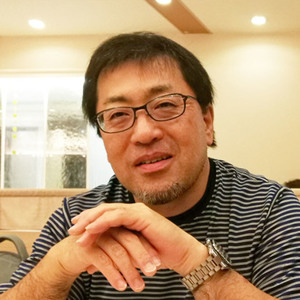