Pharmaceutically important polyketides are produced during the stationary phase of growth of Streptomyces species in fermenters. The source of intracellular metabolites that are funneled into polyketide biosynthesis has proven elusive. We uncover the mystery and devised a titer improvement strategy.

Streptomyces produce many valuable polyketide pharmaceuticals, including antibiotics in active clinic use, immunosuppressants, antiparasitics and antitumor agents. These polyketide pharmaceuticals are extensively produced at stationary phase, when essential nutrients are limited (Fig. 1a). This is the well-known “metabolic switch” from primary to secondary metabolism during the course of fermentation in Streptomyces. Despite of the present progress, there are still two issues remain poorly understood: who provide precursors for polyketides biosynthesis during stationary phase, and how do Streptomyces specifically shift metabolic flux to extensive biosynthesis of secondary metabolites at stationary phase.

In 2013, when I worked as a postdoc, I talked about the metabolic switch of Streptomyces with Dr. Weishan Wang, and he told me an interesting phenomenon he observed: Streptomyces coelicolor HY01, the mutant of M145, consumed less glucose in return with more actinorhodin (Act, polyketide) compared to M145. Thus, we deduced that there is likely an as-yet-unknown pool of intracellular metabolites acting as “carbon source” to support the extensive polyketide biosynthesis in Streptomyces. Later, we discussed this speculation with Prof. Keqian Yang and Prof. Lixin Zhang. They agreed with us and believed that make clear of these issues might provide new ways to optimize metabolic engineering in Streptomyces species for titer improvement of valuable polyketide pharmaceuticals.

Full of curiosity and encourage, we decided to seek the unknown intracellular metabolite pool. To this end, we chose and implemented comparative metabolome analysis between M145 and HY01, and we got the first important clue: cellular TAGs link primary metabolism and polyketides biosynthesis during fermentation not only in S. coelicolor, but also in several other industrial Streptomyces. We therefore speculated that cellular TAGs might act as a “carbon source” and contribute to polyketide biosynthesis at stationary phase when external nutrients are limited. Then, we confirmed this speculation by [U-13C] oleate labeling experiments.

During the labeling experiments, we found more labeled Act and degraded TAGs in HY01. Considering the less glucose consumption and high Act production in this strain, we can’t help to thinking about that, dose the amount of degraded TAGs shift the metabolic flux towards polyketides? Following, we conducted [U-13C] glucose tracing experiments, and obtained the similar results, indicating that TAG degradation redirects carbon flux towards Act biosynthesis in S. coelicolor. But we were also curious about how did TAG degradation do that? From the data in [U-13C] glucose labeling experiments, we find another important clue: the labeling amount of acetyl-CoA in M145 and HY01 were almost identical, whereas that of metabolites in tricarboxylic acid cycle (TCA) in HY01 was much lower. According to this clue, we further deciphered the carbon flux redirection mechanism: cellular TAG degradation redirects more carbon flux towards polyketide biosynthesis by weakening the carbon flux towards TCA cycle (Fig. 1b).

Our proposed mechanism suggested that polyketide titer ought to be improved by rational mobilization of cellular TAGs in Streptomyces. So, we identified the key enzyme based on informatic analysis and biochemical experiments and devised a dynamic degradation of TAG (ddTAG) module. As we expected, titer of both Act and jadomycin B were significantly improved. Then, Prof. Lixin Zhang and Prof. Wensheng Xiang suggested further application of ddTAG in industrial strains. Therefore, we focused on strains producing valuable pharmaceutical avermectin B1a, oxytetracycline, and milbemycins, and relevant experiments were implemented by Dr. Zilong Li and Dr. Jingyu Zhang. Titers of these three polyketides were all increased, and especially, titer of avermectin B1a was significantly improved in large-scale fermentation, suggesting this strategy will further promote the development of Avermectin industrialization (Fig. 1c).

This work was implemented in collaboration by three main teams leading by Prof. Zhang, Prof. Yang and Wang, as well as Prof. Xiang. Zhang’s group has made a lot of systematic and pioneering researches in the field of microbial chemical biology (Nature, 2015, 527, 539–543; PNAS, 2010, 107, 11250-11254) and avermectin industrialization (National Award for Science and Technology Progress, 2016); Yang and Wang’s group focuses on basic scientific issues of Streptomyces metabolism and development of biological tools (eg. promoter kasOp*) for basic and applied scientific research (PNAS, 2014, 111, 5688-5693; Nat Commun, 2015, 6, 7674; Sci Adv, 2018, 4, eaau4602); Xiang’s group is dedicated to discovery and industrialization of natural products with critical functions, and has obtained one National Award for Technological Inventions (2015) and three Provincial and Ministerial Award for Technological Inventions (2011, 2014, and 2018). The three groups have joined the Avermectin Alliance in China for better collaborative innovations (Fig. 2). Now I join in Xiang’s group and focus on system metabolic engineering of Streptomyces.

We dedicate the work and this story behind the paper to the memory of our beloved mentor, friend, and colleague, Prof. Keqian Yang. 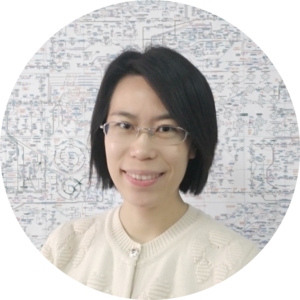