Imagine a future where the phrase "intelligence is skin-deep" is official and has a positive connotation unlike its beauty counterpart. We articulate this rosy picture with the help of a computational model.

Here at the Allen Discovery Center at Tufts, Prof. Michael Levin spends a lot of time thinking about how brainless biological systems "think" in order to make complex decisions during development. This is because processes like embryogenesis and regeneration require plasticity in many tissue types to achieve structural and functional goals in diverse circumstances. For example, when craniofacial features of tadpoles are scrambled into abnormal configurations, they normalize their aberrant positions over time to regain a correct frog face morphology and then cease remodeling. Nature is replete with such examples, suggesting that non-neural tissues process information in ways similar to the brain, albeit on different timescales.

This leads to a simple question: can non-neural tissues compute? We propose that the answer is yes with the help of a minimal non-neural tissue model. We think that they may do so by leveraging the bioelectric machinery that all cells, whether neural or non-neural, come equipped with. Indeed, neurons may have evolved from ancient cell types that used bioelectric signaling to perform much more sophisticated computation.

What does the bioelectric machinery consist of? As you may expect, it's an extraordinarily complex mechanism whose full potential is just beginning to be explored. To characterize its computational capacity, we take a Physics-like approach by constructing a minimal model consisting of just the bare essentials of bioelectric components namely the most common ion channels and pumps, and the simplest processes namely electrodiffusion and gating.

We propose that such a minimal bioelectric network can process information in a systematic way via the exchange of ions and signaling molecules among the cells, as dictated by the bioelectric code. Specifically, we show that our model can compute logic functions like AND, OR, NOT, XOR etc. that make up every digital electronic circuit that exists.

We further show that they are capable of more complex computations like pattern recognition.

So, what's the take-away from all this? Aside from the idea that the body can compute, our work supports the hypothesis of embodied cognition that behavior and cognition is not exclusively the turf of the brain but an outcome of the whole brain-body-environment interaction. Supported by the idea that any cell can compute, we suggest that what distinguishes life from non-life is the ability to compute and be programmed to compute. 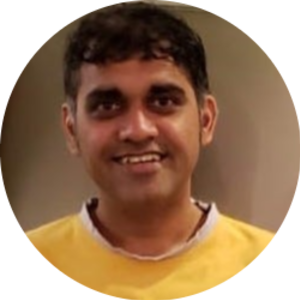