Livers are stored long term in a sophisticated perfusion system.

The continuously increasing gap between available grafts and patients awaiting for an organ represents the single most important factor limiting the success of transplantation worldwide. Many patients awaiting for a liver graft are dying on the waiting list due to the shortage of grafts. Novel approaches are therefore urgently sought to reduce this gap. Currently, liver grafts are kept at 40 C in a static solution while awaiting implantation in a sick patient. Some machine perfusion system have enabled to increase safe preservation from 18 – 24 hr, but without evidence of any active repair process. Instead, the ability to keep livers alive outside of the body for several days could in principle provide a platform to reliably evaluate and ameliorate the quality of the grafts prior to transplantation. We present here a new technology that allows maintenance of cadaveric livers alive outside of the body for one week. The basis of this technology is a complex perfusion system, aiming to reproduce core body functions, such as insulin and glucagon control, dialysis, etc. Hard work, initially in pigs, enabled the successful development of the machine. We then perfused injured human livers obtained from individuals after brain death or circulatory arrest, which had been discarded for transplantation by all centers. Our perfusion machine kept livers alive for a week.
This success was possible through a 4-year commitment of an interdisciplinary team mixing transplant surgeons experts and biologists of the University Hospital Zurich, Switzerland with engineers from the Swiss Federal Institute of Technology (ETH) in Zurich, Switzerland. The engineers learned the biomedical requirements from the medical experts, while the latter learned what is technically feasible. The main approach during the development phase of the project was to be as close as possible to the physiologic environment of the liver. The incremental additions of devices and controlling systems lead to the creation of a perfusion machine mimicking core body functions including not only the heart, lung and kidneys, and diaphragm but also the availability of responses to pancreatic hormones, and vasopressors. Each novelty on the system was developed in close collaboration between expert cardiologists, nephrologists, pathologists, radiologists, and endocrinologists.
The inaugural data presented in Nature Biotechnology (https://www.nature.com/articles/s41587-019-0374-x) show that six of ten perfused human livers, declined for transplantation due to poor quality, were maintained with integrity of the parenchyma during one week on the ex vivo perfusion machine. The next step will be to use these organs for transplantation.  The proposed technology opens a large avenue for many applications including offering a new life in many patients awaiting a liver graft. 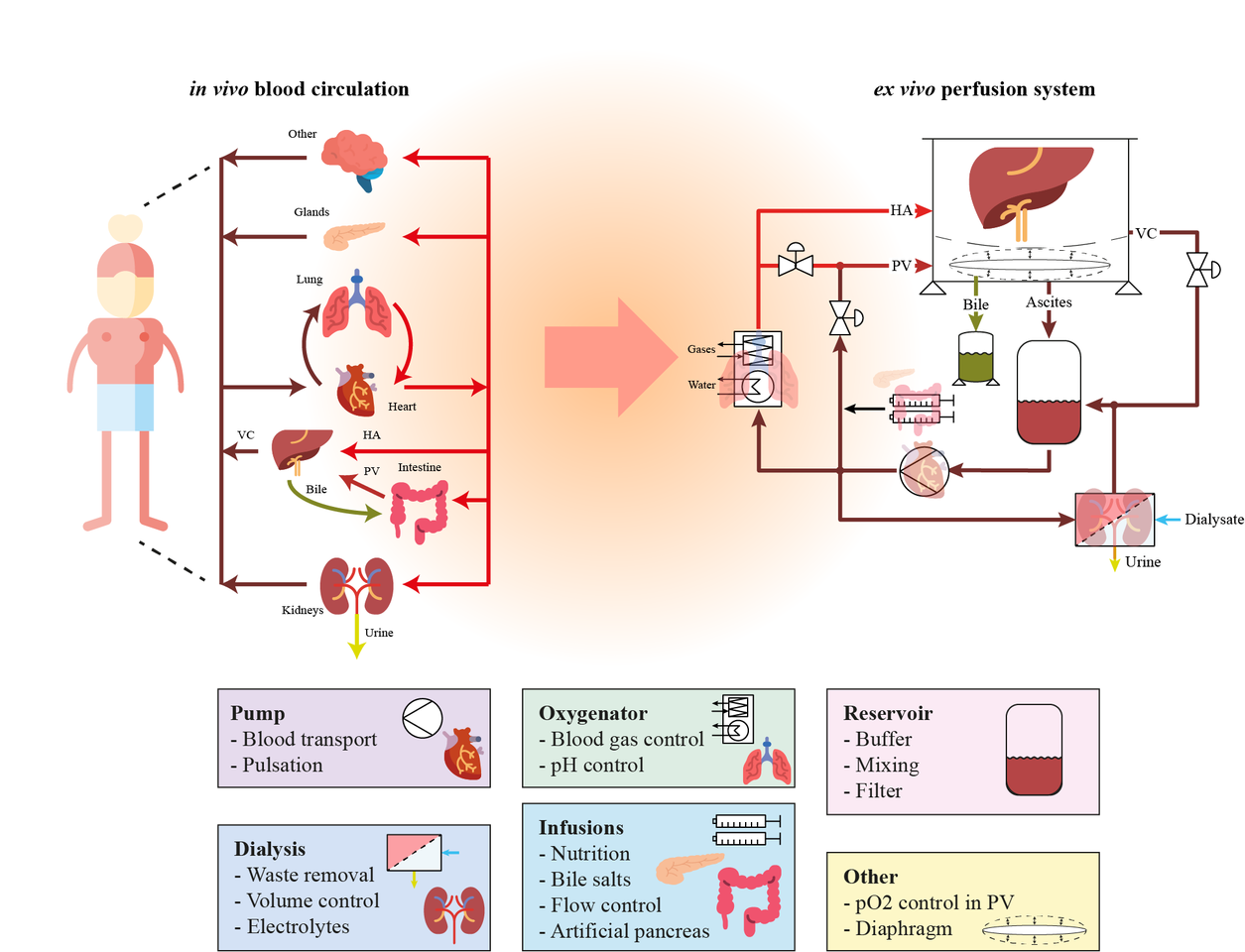